Nodes among Cost Efficient Trusted Neighbors for Improving in WSN

Sensor networks are strong proposal in almost every wireless application. Secure and reliable communication without expense of throughput is always a key concerned. Although trust based cost efficient scheme have already employed but use of same congested route leads to degradation of quality of service due to frequent usage of trusted congested route. Our research work is based on a fact that high energy node are always stable and less prone to congestion because of their less usability in routing path. Propose article presents applicability of energy level on cost efficient trusted neighbors to select high energy nodes to construct less congested route for data transmission to provide throughput enhancement and improving quality of service along with secure communication. Recent developments occur in various fields like information science, medicine, military and many more due to the advancement of wireless technology in last few years. Additionally with the 3rd generation radio technology, high quality multimedia services voice, video and data over wireless networks have become a reality. Wireless sensor networks consist of thousands of sensor nodes, which is capable of sensing and computing the events in wireless communication systems. These nodes or sensors processes the events happening near sensor by sensing electronic conditions related to the environment surrounding the sensor and transduce them into electrical signals. Data transmission occurs from transmitting node to sink node, which communicate each other via large number of intermediate nodes or directly to an external base station.

Wireless sensor networks consist of spatially distributed sensors to monitor physical or environmental area. Wireless sensor networks are made of nodes from few to several hundred nodes, where each node is connected to a sensor. Data is transmitted through node-to-node where distance determination is necessary. Due to large distance, energy is more utilized. In earlier systems only distance is considered and even few enhancements have been made by experts had also gone through energy cost and surety level of nodes like TRAF to avoid attack of malicious nodes. These are called trusted nodes. Such a scheme although provide high packet delivery rate and less transmission delay but no stress is given on throughput enhancement as it provide all neighbor-trusted nodes with energy cost require for transmitting a packet but no emphasis is given on nodes with same value of energy cost; so continuous transmission over these nodes leads to congestion over data route and affects the throughput. Proposed work is different in the sense that each trusted neighbor node along with energy cost is labelled with energy value as well. Among all neighbor-trusted nodes with equal value of energy cost, node with high-energy value is preferred over low energy node. Nodes are labelled as 1,2or3 with one being highest energy value of node and 3 being lowest energy value of node. High-energy nodes are preferred because they are more stable and less likely to take part in routing path and hence less congestion occur on those nodes. In proposed work, data routing scheme is employed which not only consider distance and surety level of nodes but main emphasis is also done regarding energy level of each node with the application of energy level table in the routing table of AODV thereby enhancing quality of service to provide secure as well as effective communication in wireless sensor networks.

Detecting total number of nodes in the network area by connecting a sensor to each of them. We have presented an algorithm to detect the compromised nodes in wireless sensor networks. These nodes are capable of performing tasks some processing, gathering sensory information and communicating with other connected nodes in the network. Now these nodes are initialized, which means to provide initial values before communication according to their location in the network. This initial value corresponds to their characteristics. According to our module calculate the total numbers of nodes associated to other node in the network, which means to have a information about which node is neighbor to other one. It even gives information about how many nodes are associated to each node. Now define the source and sink in the networks from calculated numbers of nodes to start the data transmission. A static data table with node distance, energy level and surety level is obtained from observed data. The source node will now find the shortest path for communication, which is based on the data calculated. The node with least distance from source with highest energy level and surety with minimum energy cost will be transmitted data from source. Thus, an acknowledgement will be send back to the source informing that whether data received or lost. If the acknowledgement received is positive means, data received and if negative means data is lost. After receiving data from source this node will act as source and send data to other neighboring shortest distant, highest energized and high sureness node. The static table always updated after every successive transmission of data. At last coding function is given to a network simulator i.e. NS2 SIMULATOR, which is used for data transmission. This module leads to less energy is consumption and even Failure of communication is reduced.

Initial Energy of no node is participating in the routing process; obviously there is no packet transmission and hence packet drop is 0; this can be visualized in the graph. As the node density increases and more nodes starts to participate in the routing process network is now more venerable to attack by untrusted nodes and hence more chance of packet to loss thereby increasing packet drop rate. When more number of nodes starts participating, probability of alternate path selection increases thereby avoiding. Performance of the proposed system can measured in terms of throughput, which can defined as number of packets received correctly at sink node over a unit period of time. Throughput is measure in kbps. Throughput can also measure as ratio of number of correctly delivered data packets at sink node to the number of all data packets transmitted. This error during the next few symbols as the incorrect decision propagates through the feedback filter. Under this condition, there is a greater likelihood for more incorrect decisions following the first one, producing a condition known as error propagation. On most channels of interest the error rate is low enough that the overall performance degradation is slight. Blind equalization of the transmission channel has drawn achieving equalization without the need of transmitting a training signal. Blind equalization algorithms that have been proposed are the constant modulus algorithm (CMA) and multimodal algorithm (MMA). This reduces the mean-squared error (MSE) to acceptable levels. Without the aid of training sequences, a blind equalization is used as an adaptive equalization in communication systems. In the blind equalization algorithm, the output of the equalizer is quantized and the quantized output is used to update the coefficients of the equalizer. Then, for the complex signal case, an advanced algorithm was presented in. However, the convergence property of this algorithm is relatively poor. In an effort to overcome the limitations of decision directed equalization, the desired signal is estimated at the receiver using a statistical measure based on a priori symbol properties; this technique is referred to as blind equalization. 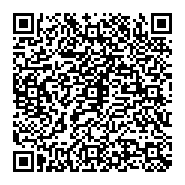