One Shot Too Many: Ulnar and Radial Stress Fracture in a Varsity Basketball Player

Stress fractures of the upper extremity in athletes have been previously described in the literature but are quite rare. This is a case involving a 20-year-old male varsity basketball player presenting with progressive forearm pain during intense preseason try-outs and training. The patient was treated conservatively with activity modification to offload the bone and supportive therapy. The following case report discusses the aspects of overtraining and biomechanics in overhead shooting that led to developing a stress fracture. It outlines important clinical history, exams and investigations required when suspecting a stress fracture. Finally, management, rehabilitation and progression back to support is discussed for the case athlete. This case illustrates the need for attention to shooting technique, biomechanics and overtraining in overhead shooting athletes.

Stress fractures are common overuse injuries resulting from repetitive submaximal loads being applied to bone resulting in accumulated trauma that is greater than the ability of the skeletal system to repair [1]. Bone is continually attempting to remodel and repair itself during sport when remarkable stress is applied to the bone [1]. The individual stress of each event is not enough to fracture the bone; however, overtime the accumulation of stress leads to a stress fracture as the body is unable to repair the force that has been applied to the bone repeatedly [1]. The stress that occurs in sports is the load that is being applied during the activity which varies depending on what sport is involved [1]. Most commonly runners are reported to have stress fractures in the lower extremities due to the stress that occurs from repeatedly striking the ground [1]. Many factors have been reported to contribute to stress fractures some of which include: hard training surface, changes in intensity speed or distance, lack of recovery time and individual biomechanical differences [1]. Lack of recovery time is an essential risk factor to highlight as many stress fractures are linked to athletes overtraining and not allowing their bodies enough time to recover and thus not allowing their bones enough time to repair [1].

A 20-year old healthy male varsity basketball player with a healthy diet, no Celiac Disease, no history of direct trauma or other concerning risk factors, presented with right forearm pain at the end of the summer at the peak of preseason training. The pain had an insidious onset and progression over a period of two weeks (pain 5/10 with palpation and tuning fork vibration which increased to 7/10 with basketball). The player had significantly increased the frequency, duration and volume of shooting and found this to aggravate the forearm pain. He reported that the average number of shots taken in a standard practice would equate to approximately 1000 and he had estimated that he had increased this number significantly and had been performing over 1500 shots daily during the preseason training. He started to develop point tenderness along the ulna that worsened with therapy (deep tissue work and ultrasound) and with daily use of the arm at school or while studying (i.e. writing or typing). He started to experience night pain, pain at rest, pain opening doors, and pain tying his shoes, so he consulted with the team physician for an assessment.

On initial assessment he was tender on palpation of the ulna approximately 10 cm from the ulnar styloid. There was no visible bruising or swelling and there was no discomfort with active or passive range of motion of the wrist or elbow. There was less pain at rest (3/10) in a neutral position. There was no tenderness along the extensor or flexor muscle bellies and there was no pain elicited with resisted wrist flexion or extension as long as minimal torque was applied to the forearm. There was no report of neck pain or neurologic symptoms. Initial radiograph showed a slight periosteal reaction of the mid shaft of the ulna and a faint linear density in the mid right radius suspicious for stress fracture.

The athlete was treated with relative rest (i.e., pain free gentle activities) of the forearm and activity modification as well as supportive therapy by the team athletic therapist. This consisted of ice and heat for comfort, range of motion exercises and light tissue work. He was advised to avoid shooting practice and repetitive drills but was permitted to participate in a modified practice (i.e., running, foot work drills, lower body weights, core work, shooting with the opposite arm etc.). When seen in follow-up 3 weeks later his pain had improved significantly and he was no longer experiencing pain at rest. He continued to report mild tenderness on palpation of the ulna (3/10) so modified practice was continued and repeat radiographs were ordered and reported as normal.

He was able to tolerate shooting during light scrimmage situations (one repetition) but he had not resumed shooting practice and repetitive drills. A protective shield was molded by the athletic therapist to protect the bone in case of inadvertent contact in a practice/game situation. A gradual progressive return to shooting protocol was developed, starting with an additional 25 shots per practice for the first week. This gradual progressive return to play strategy was well tolerated and the player was able to progress back to full practice and games with no ongoing forearm pain while shooting a basketball within 4 weeks of the onset of pain.

In this case, a healthy 20-year old basketball player presented with pain that developed over the forearm after increasing intensity and duration of shooting practice. Based on American Family Physician guidelines, stress fractures should be suspected in patients with edema and tenderness over the area of pain in combination with a history of increased activity and limited rest [10]. To diagnose a stress fracture plain radiograph should be done initially and repeated in two to three weeks if it is negative (Table 1). Other modalities that can be used for a quicker diagnosis include triple-phase bone scintigraphy and magnetic resonance imaging [10]. Based on history, physical exam and positive imaging a stress fracture can be diagnosed. In the setting of negative imaging a stress fracture is less likely and other differential diagnoses including tendinopathy, compartment syndrome and nerve or artery entrapment should be considered [10].

The mechanism of stress injury in overhead throwing may be linked to the concentric and eccentric muscle contractions occurring in the upper extremities while shooting a basketball [11]. The combination of muscle contractions creating torsional forces and an increased frequency, duration and volume of shooting can lead to strain on the ulna and radius [11]. Repeated strain combined with the weakness of the cortex in the middle 1/3 of the ulna is a proposed mechanism for the stress fracture in the mid-shaft of the ulna and radius found in this basketball player. In most reported cases of upper extremity stress fractures, only the ulna is involved. The involvement of the radius in our cases may be related to the excessive strain placed on both bones from shooting in combination with the biomechanics and arm positioning of basketball throwing which may place more stress over the radius then in other overhead throwing sports. Overall, the combination of excessive shooting, disproportionate pressure loading, and inadequate rest cumulated in injury. Ultimately, the management of this injury involves a period of modified rest to offload the bone followed by a gradual progressive return to play protocol to avoid re-injury. 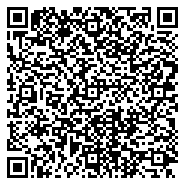