Orbitocranial Injury by a Ballpoint Pen in a Child: A Case Report

Craniocerebral injuries due to relatively sharp and unusual objects are rare. Nearly most of such cases occur within the pediatric population. A majority of these injuries involve the objects entering the cranium via thin orbital roof. Herein the authors describe a 3-year-old child with the retained tip of a ballpoint pen and a broken part of its crystal barrel which had entered the cranium via the right orbital roof. Surgical intervention, with right frontal craniotomy by removal of the corresponding foreign bodies, debridement of the path and dual repair results in full recovery of the patient.

Within the pediatric population penetrating brain injuries by unusual objects is a rare but a rather interesting topic. In this age group, most objects will traumatically enter the cranium via the thin orbital roof [1-4]. Other corridors for the entrance of the foreign bodies have included: trans-calvarial, trans-nasal and trans-oral [5-7]. Notable exceptions to such points of entry have included sewing needles which have been inserted into the brain through the soft anterior or posterior fontanels before their closure as an infanticide and criminal act [8]. A variety of the objects have been mentioned in medical literature which include a chop stick, wooden sticks, glass fragments, pencils, ballpoint pens, and knives [9-14].

Although a trans orbital brain injury by such objects is serious, but in many instances since it enters the silent area of the frontal lobe, the injury might remain subtle [3,13,15-17]. However, history has shown that such seemingly innocuous injuries are much more dangerous than they initially appear. The occurrence of a ballpoint pen tip insertion is extremely rare and has been reported in only four cases worldwide. Every such case has demonstrated an insertion involving the transorbital corridor.

A ballpoint pen is an ink pen that dispenses its ink over a metal tip at its point. The point is rounded and varies in size depending upon the mark and model. The metals commonly used are steel, brass, or tungsten. Bic crystal or the standard Bic pen is the world’s most used ballpoint pen. The hexagonal transparent barrel of the Bic pen shows the ink level within its reservoir. The first example of an orbitocranial injury using a ballpoint pen was reported by Bowen [18].

The next three cases were demonstrated by Davis et al. [19] Koyanag et al. [20] and Abdulbaki et al. [21]. Herein, a 3-year-old boy who sustained an orbitocranial injury by a ballpoint pen is presented. After withdrawal of the pen by his mother, the broken part of the transparent crystal barrel and the metallic tip of the pen remained within the right frontal lobe. Both of these foreign bodies were removed via a right frontal craniotomy. The child recovered fully thereafter.

A 3-year-old boy fell forward onto a Bic pen which he was holding in his right hand while running around a room in 1992. The pen had pierced the skin of the upper eyelid and was fixed in place, when his mother became aware of; what had transpired. His mother pulled the pen out instantly, but found that the pen ballpoint tip and a small part of its crystal tube were still lodged within the cranium. Upon admission to our hospital we found a fully conscious boy who demonstrated no neurological deficits. Lateral skull radiographs showed the tip of the pen above the orbital roof. Our latest CT equipment was out of service for a few days in our hospital at the time. Skull tomography was performed instead and this demonstrated the ball point tip and the broken part of the crystal barrel of the pen which were lodged within the inferior part of the right frontal lobe above the roof of the orbit.

The following day, he underwent surgery and a right frontal craniotomy was undertaken. Following dural opening, the entry point at the orbital cortex of the frontal lobe was easily visualized. Subsequently, the tip of the pen and later the broken part of pen’s crystal barrel which was lodged a little bit deeper were removed. This was followed by debridement of the path and repair of the dural defect utilizing a galeal patch. Subsequently, replacement and fixation of the bone flap were completed. This was then followed by the appropriate closure of the skin in two layers. Antibiotic therapy which had been prophylactically started before surgery was continued for an additional two days and the child was discharged on the 4th postoperative day. The patient was found to be recovering well during a 3-month follow-up encounter (Figures 1 and 2). Penetrating injuries of the brain by unusual objects are relatively rare and represent about 0.4% of all head injuries. The entry point in majority of the children is the upper eyelid and the roof of the orbit where in adults only 20% of the injuries involve this particular area [1-4]. Most of the orbitocranial penetrating injuries in small children are caused by a variety of sharp objects and which often involve a tumbling incident or falling over the corresponding object while the child is holding it [9-14]. Among these, orbitcranial injuries by a crystal ballpoint pen are extremely rare which have been reported only in four cases worldwide [18-21].

Regardless of the nature of the penetrating object, once such an injury occurs, an accurate and rapid multidisciplinary clinical evaluation of the injury is essential. In some instances the foreign object whether a pencil, pen, or chopstick might be self-removed before being seen by a physician and may result in a failure to recognize the extent of the injury [3,13,15-18]. It then becomes more difficult to arrive at the correct diagnosis until serious and perhaps permanent consequences begin to appear. The clinical picture of these penetrating objects is often quite variable. If we accept that in orbitocranial injuries, the unusual objects will often enter the silent portion of the frontal lobe; then most of the affecting patients might remain neurologically intact [3,13,15-18]. In addition, with respect to their small entry point and incomplete history, it is not unusual that the injury will be regarded as trivial and easily overlooked by caregivers. Such injuries in small children are usually characterized by poor communication with the patient. This in turn leads to difficulty in ascertaining the exact situation, type, and time of the injury that has taken place. Therefore, the diagnosis of an intracranial foreign body is generally more difficult in this age group and will require a high level of suspicion. If a trans orbital object becomes lodged within the deep structures of the brain, the clinical picture may vary widely from mild neurological deficits to dense hemiparesis and even death. Superficial wounds are often a poor indicator of severity. The same is true for injuries occurring in other portals to the intracranial cavity. Such injuries usually involve a larger amount of kinetic energy disposed over a shorter timespan causing a deeper traverse of the foreign object into the cerebral hemispheres, cerebellum parenchyma, pericallosal area, medulla ,in the forth ventricle, and even between the dense and the basion [6,7,22-26].

In neglected cases, sooner or later, rinorrhea, recurrent meningitis or brain abscesses might subsequently lead to the correct diagnosis [27-33]. The cause of the brain abscesses might be both the foreign body and or the bone fragments from a skull fracture that have been driven further into the cranial tissue. Meningitis and brain abscesses are the most frequent complications demonstrated in penetrating brain injuries that are due to wooden foreign bodies [30-33]. Such complications are seen less frequently with other foreign bodies such as metallic objects or glass fragments. The frequency of CSF fistulas or the formation of pneumocephalus is similar in injuries involving both non-organic and organic objects [29]. Other late consequences of the penetrating brain injuries by unusual objects are the delayed formation pseudoaneurysms and carotid cavernous fistulas [34-38]. Development of traumatic pseudoaneurysms is one of the rare but serious complication of the unusual penetrating brain injuries which usually develop on peripheral cerebral arteries [34,35]. Rahimizadeh et al. reviewed the traumatic aneurysms cause by unusual objects and could find only four cases caused by radio antenna, bamboo sticks and fish spear gun since 1966 [34]. Carotid cavernous fistula is another rare sequel of orbitocranial injuries by unusual objects [36-38].

Plain skull radiographs will usually demonstrate the intracerebral opaque foreign objects. However it is invaluable method for nonopaque objects. The second important tool is CT scan which is necessary for detection of the exact site of the offending opaque object and in particular metallic ones [39]. However, wooden objects such as pencils might be missed both in CT scan, unless the offending wood is large enough being visualized as a low density non-descript object [40-42].

The use of MRI’s in cases involving injury by wooden objects are quite helpful in showing both the object as a focal hypointensity as well as the trajectory of the object in a tract with mixed intensity [43]. In neglected cases, for the proper detection of a brain abscess, in particular in those being injured by wooden object; contrasted CT images will show this pathology in close proximity to the foreign body [40-42].

CT angiography a week or two following the initial injury might be helpful in the detection of cerebral pseudoaneurysms before their rupture as it is in the diagnosis of carotid cavernous fistulas. However, cerebral angiography remains the diagnostic method of choice which might be considered as a prerequisite of the treatment in doubtful cases [34,35].

Basic surgical principals should be undertaken in patients with unusual penetrating craniocerebral injuries with a foreign body in situ. The steps of treatment in such injuries include the removal of the foreign object under direct vision in order to prevent further damage to the brain and debridement of the path with catching of the retained bone fragments [4]. These will then be followed by repair of the dural defect. The clinical goals of such operations are quite important for the prevention of infection, decreasing the possibility of epilepsy, control of bleeding from affected cerebral vessels, and in the prevention of cerebrospinal fluid (CSF) fistula and brain abscess. The treatment of meningitis and CSF fistulas must include a dural repair and reconstruction of the orbital roof at the entry point [27-29]. This should be considered mandatory and undertaken with the appropriate use of antibiotics. For brain abscess; evacuation of the cavity, debridement of the path, removal of the foreign body and any retained bone fragments should be undertaken [30-33]. In cerebral pseudoaneurysms; surgical intervention and clipping of a peripheral artery, proximal and distal to the aneurysm, followed by aneurysmal sac excision should be properly carried out [34,35]. In carotid cavernous fistulas; tarnsarterial selective occlusion of the fistula remains the method of choice [36-38]. Non-missile orbitocranial penetrating brain injuries are uncommonly encountered within a civilian context, but when they do occur they are most often in children. In a case with a solid history and early diagnosis, the outcome will most often be satisfactory [44]. However, in overlooked cases involving a delay in diagnosis, the overall result should not always be regarded as dismal. The majority of such cases will respond to surgical intervention. This has been found to be true in instances involving the presence of the cerebrospinal fluid fistulas, brain abscess, meningitis, and even vascular insults.

In children, most of the penetrating brain injuries by unusual objects involve only the anterior aspect of the skull base and the orbital cortex of the frontal lobe. Being lodged in this silent area, such injuries might be easily neglected. The overlooked cases are potentially serious despite negligible small entry point, with diagnosis of such an event, appropriate surgical intervention described previously should be accomplished.

The authors appreciate Miss Mona Karimi and Alireza Mojtahed for providing the possibility to review the literature carefully. 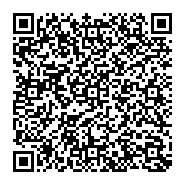