Phenotypic IgA Deficit (SIgAD) or Probably (PIgAD) and Related Diseases Associations during 4 years of Research in Latin-American Kids | SciTechnol
All submissions of the EM system will be redirected to Online Manuscript Submission System. Authors are requested to submit articles directly to Online Manuscript Submission System of respective journal.

Abstract Introduction: The early diagnosis of IgA Deficit confirmed (SIgAD) or probably (PIgAD) is very important, the correct diagnosis and clinical follow-up improves the quality of life of these patients. We know, within the years, they can development other pathologies, actually, the guides only follow up in patients with confirmed deficit, but we see many kids with normal levels of IgA with symptoms and we consider it very important to evaluate of both group. Objective: Describe the phenotype characteristic and associated pathologies of SIgAD and PIgAD during 4 years of research in Latin-American kids. Materials and methods: Descriptive observational design, of boys and girls from 8 months to 18 years old, diagnosed with low levels of IgA, registered from 1998 until June 2012, who had completed 4 years of follow up since diagnosis, clinical and laboratory registration. For the study were divide in 2 groups. The first group (A) patients older than 4 years and with IgA level less than or equal to 7 mg/dl (called group SIgAD), and the second one (B) patients with of varied ages and IgA levels higher than 7 mg/dl and lower than 50 mg/dl (called group PIgAD). Results: 43 patients filled the selection criteria and were register, from 6-referent center, average age 27, 6 months (2.3 years old), were included 18 in the GROUP A and 25 in the GROUP B. Both groups presented associate pathology, 10 patients in the GROUP A such as Vitíligo (2), Protein allergy to cow's milk (4) and allergy Rhinitis (4); on the other hand, 8 kids in the GROUP B, Allergic Rhinitis (6) and Asthma (2). No one patient of any group has presented oncology diseases and autoimmune diseases until the end of research. Conclusions: It is very important the follow up of both groups, because of the both group presented complications with the years. In this study, we can observe that there is more complication with allergic pathologies in the group B and they are not having food allergy. On the other hand, in the group A, the absence of Asthma, like the pathology associated, is strange, but we need more study like these, with a bigger population, to get conclusions more accurate and avoid statistics interpretation mistakes.

In 1960 Thomas Tomasi discovered this antibody secreted (IgA), made up of two basic units linked by a secretory piece synthesized by epithelial cells in tears, milk, saliva and intestinal tracts mucous and digestive system. This secretory piece is a polypeptide responsible for the transport of IgA across the epithelium

They not fix complement and not act like opsonin; however, it is very important to avoid the entry of microorganisms and macromolecules into the organism [1].

When we talk about primary immunodeficiency, comes us to mind, more than 300 probably alterations of the immune system [2].

The Selective Deficiency of IgA (SIgAD) is consider the most frequently primary immunodeficiency [3] and defined as undetectable serum immunoglobulin A (IgA) with normal levels of immunoglobulin G (IgG) and Immunoglobulin M (IgM), in patients older than 4 years of age [4].

The provabily deficiency IgA (PIgAD) defined as low level of IgA in two standard deviations with normal levels of IgG and IgM. The actually guides only give follow up patients with confirmed deficit (SIgAD), but we see many kids with values below 50 mg/dl, with symptoms like SIGAD, and no one consider evaluate this group, even if they can have pathology association over the years [5,6].

In the review, made from Inamine, publicized in the Journal of Gastroenterology, June 2018, describe IgA functions on the gut microbiome and discuss the role of IgA levels for liver diseases especially alcoholic liver disease and non-alcoholic fatty liver disease/non-alcoholic steatohepatitis [7]. The some conditions we can see in the recently review about Celiac Allergy Disease, made for Oliveira et al. [8], this group revered low levels of IgA before development Celiac Allergy, but this levels are not low than 7 mg/dl, the levels around 10 mg/dl.

Also in the review about Autoimmunity and Primary Immunodeficiency [9-11] the levels was around 4 to 20 mg/dl. All this previously publications and more [12,13], give as the idea that maybe we need do the follow up in all the patients with low levels of IgA to defined if this populations really have pathologies associations with the years.

The early diagnosis of SIGAD or PIGAD is very important, even if more than 80% are asymptomatic [14,15], the lack of association with a specific gene and the variety phenotypic presentations, make necessary to investigate them, in many infectious and non-infectious diseases, mainly in the pediatric age [16-18].

Describe the phenotypic characteristics and pathological associations during 4 years of follow-up, in the children populations with SIgAD or PIgAD.

All children with a diagnosis of Selective IgA Deficit (SIgAD) or Probably (PIgAD), under 18 years old, from the 6 participating centers, who had complete records of clinical and laboratory follow-up during the 4 years after the diagnosis, from June 1999 to June 2012.

Serum IgA level of <7 mg/dl in individuals older than four years in the presence of normal levels of both immunoglobulin G (IgG) and immunoglobulin M (IgM) and exclusion of other causes of Hipogammaglobulinemia and T cell defect as well as normal IgG antibody response to all vaccinations [19].

Serum IgA levels less than or equal to 50 mg/dl, in individuals less than 18 years, in the presence of normal levels of both immunoglobulin G (IgG) and immunoglobulin M (IgM) and exclusion of other causes of Hipogammaglobulinemia and T cell defect as well as normal IgG antibody response to all vaccinations [20-22]. For the patients follow-up, was used the protocol proposed by Domínguez et al. (Table 1) [23].

In the case of low response to vaccine antigens, stimulation with vaccine and re-EVALUATE MUST be condition by the clinic.

The diagnoses was confirm with three different laboratory result, a difference between one and another was 1 to 3 months.

The value elected for the record was the better of the first three, and for follow-up only one laboratory result.

For the screening to autoimmunity and oncology diseases, was decide to recommend every 2 years, Rheumatologist, Endocrinologist and Onco-hematological evaluation.

The pulmonary evaluation performed by pulmonologist, every 2 years and Spirometer every 1 year compared with NHANES III according to the international standards.

For the diagnosis of allergic pathology associations, was evaluating for allergist, with the corresponding studies according to the clinical criteria for the diagnosis confirmation.

For the data analysis, used the Statistical Package for the Social Sciences SPSS 14.0 for windows. The population was dividing in two groups.

GROUP A patients older than 4 years with IgA less than or equal to 7 mg/dl (IgA deficiency confirmed) SIgAD.

GROUP B patients of all ages with IgA greater than 7 and less than 50 mg/dl (probable IgA deficiency) PIgAD.

43 Patients met the selection criteria, with complete records during 4 years of follow-up, the average age at diagnosis was 33 months (2.75 years), 24 male and 19 female. 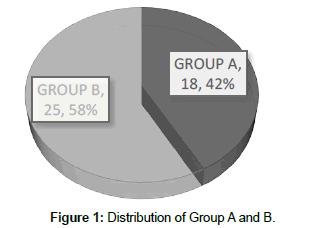 Figure 1: Distribution of Group A and B.

The time from the onset of symptoms to the diagnosis was for GROUP A on average 48 months, and for GROUP B 18 months (12- 48 months). 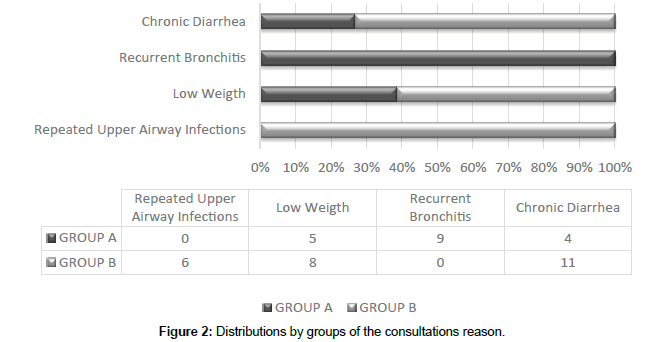 Figure 2: Distributions by groups of the consultations reason.

In all of them IgG immunoglobulin values and subtypes 1, 2, 3 and 4 were measured. In the GROUP A no patient, until to the date of the manuscript elaboration, presented alterations in the controls, in GROUP B, 2 patients presented low levels of IgG2 in only one time of the 3 control, and had recurrent upper Airway Infections.

The other patients until the completion of this work did not present alteration in the values of the other immunoglobulin. 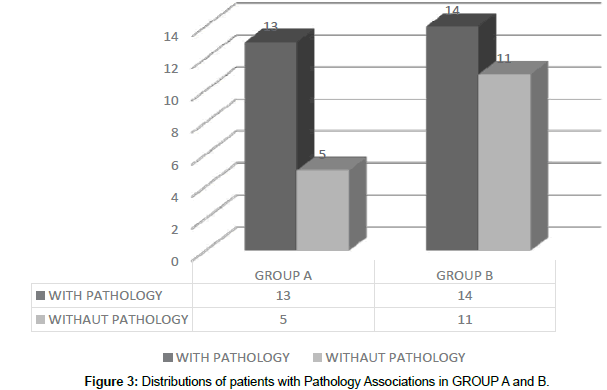 Figure 3: Distributions of patients with Pathology Associations in GROUP A and B.

Figure 4: Associated pathologies during the 4-years follow-up of both groups.

In our study, SIgAD was more prevalence in male, coincident with de others publications, like the recent study was estimated, in over 12.000 Swedish twins by Viktorin et al. [22].

In the Alexander study, found a higher prevalence of selective IgA deficiency and subnormal IgA levels in men, demonstrated that the importance of inherited genes is 50% for the level of IgA and that there are important shared environmental influences [22].

In relation to time from start the symptoms and diagnosis, the median diagnosis delay, was around to 5-18 months, in relations to other studies [23,24]. We do the diagnosis very early, maybe because the centers works only with immunology diseases, this point make easier and early diagnosis.

However, in reference to PIGAD the average that we found was 18 months (12-48 months), we not found refers papers to the average age for the diagnosis, probably because in these groups the follow-up studies are null.

Just Çipe et al. [20] in the Journal of Investig Allergol Clin Immunol, wrote a little about Partial IgA Deficiency, but they not refer average age for the diagnosis.

The reason of the consultations was Recurrent Bronchitis 50%, in GROUP A, the same percentage we find in others studies 40%-90%, but in the other hand, we not find sinopulmonar infections, like other groups, associated with IgG subclass deficiency, especially IgG2 [26-28].

In the GROUP B, Chronic Diarrhea 44% with Low Weight 32% was the more frequently reason of the consultations, the findings are very high, in comparison to other findings, and we assume it is due to the small number of individuals studied.

The recently report of the International Union of Immunological Sciences, approximately one third of the 354 primary immunodeficiency diseases have gastrointestinal component [29,16].

Also we can read in the Pallav et al. article, about PIGAD and Celiac Disease in the United States, in the universe of the 1000 patients with gastrointestinal diseases, they are not find relations with PIGAD an Celiac Diseases, but do reference to 4.4% Chronic Diarrhea in from to 5.9% in healthy patients, differences were not statistically significant [16,30].

We know that previous studies talk about SIgAD and the predisposition to complications [31-33], but what about PIgAD group, only one study has mention infectious diseases in patients with low IgA levels performed by Hauge et al. [34] published in the Journal of Pathology, Microbiology and Immunology.

In this work, they find IgA deficiency in blood donors with mental diseases, enhanced inflammation and possibly an increased risk of infection [34].

In our study we not find statistical difference in referent to allergic pathologies associated, GROUP A 61.5% and GROUP B 57%, Kim et al. in the work about Relationship between serum IgA level and allergy/ asthma show that low IgA level is associated with atopic disease, but in relationship to Allergy/asthma this relationship is inversely [35].

We know that asthma have too many agents involved in it development [36,37] so, it is not logical to associate only with the presence or absence of IgA and/or blood levels [38].

In reference to Cow's Milk Protein Allergy, we find the same result in of both group, this finding coincides with recent studies that highlight the importance of the affinity of IgA for the bacteria of the Microbiota [39,40], like as increased binding of epitope-specific IgA to maternal cow's milk (CM) proteins [41], minimizing serum IgA levels as a determining factor.

In the recent studies mentioned the predisposition in the SIgAD to develop autoimmune disease [42-45], in our casuistry during 4 years of follow-up we not observed the appearance until the date of this publication, maybe with more big populations, this topic change.

About the associations Vitiligo and SIgAD or PIgAD, we find only in SIgAD group, it could be a casual finding, considering that studies show that there is a greater relationship between Vitiligo and increase or decrease of IgG subtypes, and not precisely related to IgA and its values [46-48].

Although the Hereditary pattern was not the objective in this study, it is important to highlight that genetic susceptibility is not very clear, and apparently, the most important risk factor is a family history of SIgAD [49].

The study concludes of both group A and B, have pathological associations with the years, although these findings interpreted in the context of a small population, we consider it important to follow both groups.

In the future, we need to increase the study population to obtain accurate results and conclusions about the incidence of complications in both groups.