Pain is a construct of the brain.

Newborn babies unsurprisingly pain as a part on daily basis of neonatal care, such as vitamin K injections and heel lance. These painful experiences are more regular in infants who are sick or premature. In recent decades, much of the world has experienced a continued increase in preterm births with an estimated 15 million babies born prematurely each year globally [1]. Preterm birth is defined as a baby born before 37 weeks of gestation and is further subcategorized based on gestation age: extremely preterm (<28 weeks), very preterm (28– <32 weeks), and moderate to late preterm (32– <37 weeks) [2]. This makes prematurity a modern global health crisis.

The neonatal nervous system is very plastic because it is immature and undergoing major developmental changes; therefore, neonates may be vulnerable to neurodevelopmental changes from painful stimuli [3]. Nociceptive input during early neurodevelopment is typically deleterious, increasing the risk of neurodevelopmental impairments, including short- and long-term physical and psychological disability [7-9], adverse changes in brain development and processing [4-6], and alterations in somatosensory function that lead to pain [10,11]. Such damage may have significant long-term effects that persist into childhood and even adulthood; a notion increasingly supported by the literature [12,13]. Fetuses can tell the difference between pain and touch in only the last two weeks before birth, which could help to explain why babies born prematurely often have abnormal pain responses.

A Study: How can we know whether premature babies feel pain?

Lorenzo Fabrizi from University College London and colleagues used the medical procedure: EEG, a non-invasive way of measuring brain activity, on 46 newborn babies as they underwent a routine heel lance.

They also measured how the babies’ brains responded to normal touch – a light tap to the heel. Almost half of the babies were born prematurely – some at just 28 weeks – so the teams were able to compare the responses of babies in the final stages of development with those of babies born at full term. Premature babies up to the age of 35 weeks had bursts of activity across the whole brain in response to both pain and touch, but a change happened around 35 weeks. Between 35 to 37 weeks – just before a fetus would normally be born – the brain seemed to become able to tell the two stimuli apart. The responses to both pain and touch now took place in specific areas on the front, back and sides of the brain, but the signal was much stronger for pain.

“This is an important stage in the development of the brain,” when changes occur to allow the brain to process sensory stimulation in a more sophisticated way in preparation for life outside the womb” [14].

Favor of stress and pain-related behavior in the neonate, it is reasonable to believe that neonates do feel some form of unpleasant sensation or pain-related stress on noxious stimuli that have the phenotype of that which is felt in the infant and adult. 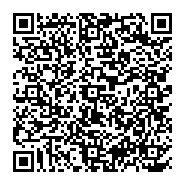