Propionibacterium acnes (P. acnes) infection in Deep Brain Stimulation (DBS) patients has distinct characteristics that distinguish it from the most commonly associated bacteria in postoperative wound infections, Staphylococcus aureus (S. aureus). Whereas S. aureus is typically cultured from patients presenting with early fever and elevated inflammatory markers, P. acnes infections in DBS have been found to present with later clinical onset and unremarkable inflammatory markers. The purpose of this report is to highlight the unique characteristics of P. acnes infections in DBS patients. We review the literature in conjunction with a series of three P. acnes DBS infections at our institution. All three cases resulted in the development of abscess surrounding the lead, requiring complete hardware removal. All explanted lead cultures yielded P. acnes. The unifying feature amongst the cases was the presentation of neurological symptoms in the absence of fever or elevated inflammatory markers. Given the context of late complications and need for revision surgery, P. acnes infections must be taken into consideration in DBS patients in order to avoid additional harm.

The utilization of deep brain stimulation (DBS) for the treatment of movement disorders has rapidly increased over the last two decades, with DBS now serving as the primary surgical therapy for such conditions. With this rise in utilization have come an increasing number of patients presenting with adverse outcomes. Complications due to infection in DBS patients have been reported in a wide range, from 1.5 to 22.2% [1]. Staphylococcus aureus (S. aureus) is identified as the most common causative agent, typically being cultured from patients presenting with fever, elevated inflammatory markers, and surgical site edema and erythema [1-4]. Infections caused by Propionibacterium acnes (P. acnes) are less commonly reported, with a paucity of defined clinical characteristics. An associated rare complication involves the development of intracerebral abscess, necessitating DBS hardware removal.

Previous studies of DBS have suggested lack of association between pre-existing conditions, operative time, and infection rate [5,6]. Interestingly, a wide range is reported for the onset of infection, varying from two weeks to 42 months with no correlation between presenting symptoms and the causative agent of infection [1,7,8]. In an effort to increase awareness of P. acnes infection in DBS, we describe three cases with attention focused on the commonalities among patients and clinical presentation. Notable findings include a later time to presentation of infection and absence of typical clinical findings of fever, erythema, and increase in inflammatory markers.

A literature review was performed by way of a PubMed search for keywords including, “DBS,” “Infection,” and “Propionibacterium acnes”.

All surgeries were performed at one tertiary care hospital averaging 20 DBS procedures per year during a 10-year time span. All cases described were performed by two movement disorder surgeons. At this institution, pre-operative procedures include: nasal swab screening for MRSA with decolonization treatment as indicated, mandatory smoking cessation, and daily chlorhexidine soap bathing for three days prior to surgery. Adequate nutritional status is verified by testing albumin and pre-albumin levels. Pre-operative hemoglobin A1C levels are also checked in patients with diabetes and required to be under 8.0%. Intraoperatively, surgical instrumentation counts and operating room traffic are minimized to eliminate possible introduction of infectious agents [9]. A standard surgical approach for frame based DBS surgery is followed routinely on all cases. Preoperatively, a CRW frame is applied prior to performing a dayof- surgery CT head to fuse with the MRI stereotactic plan (Figure 1). Although all patients were given instructions for chlorhexidine bathing prior to surgery, only the patient in Case 2 was documented to have performed scalp and body wash with it daily for the 3 days preceding surgery.

All three DBS removal procedures were conducted in a similar fashion and without additional perioperative complications. The previous scalp incision was reopened and subgaleal fluid was then collected for Gram stain and routine cultures. The electrode securing device and electrode were explanted without making contact with other surfaces. The electrode tip was removed and sent for culture. The wound was then thoroughly irrigated with bacitracin and normal saline solution and closed in a standard fashion. Empiric antibiotics in the form of vancomycin and ceftriaxone were given immediately following electrode explanation. The pulse generator was then similarly removed from the chest and sent for culture. This wound was irrigated with bacitracin and normal saline solution and closed over a small wound drain.

There have been three documented cases of P. acnes infection in DBS patients at our institution over the eleven-year period in which this surgery has been routinely performed. The average surgical wound follow up exam was 4 weeks after surgery, with no apparent complications amongst the three cases.

The first case involved a 61 year-old male with medically refractory essential tremor. The patient also had a history of type 2 diabetes mellitus and a preoperative hemoglobin A1C of 7.7%. He was also taking sulfasalazine for rheumatoid arthritis. Nine months after initial implantation of a left VIM DBS, a fracture was discovered in the lead during a visit for recurrent tremor. An X-ray confirmed a lead fracture of the wire approximately 1 cm proximal of the connection to the lead extension. The patient's lead and pulse generator were surgically revised one month later. Post-operatively, the patient developed a hematoma on the generator pocket due to strap stress from using a backpack; however, no wound breakdown was observed. Seven weeks after surgery, the patient presented with edema at his pulse generator site in the absence of neurological deficits, fevers, erythema or elevated inflammatory markers. A 14-day course of 750 milligrams of levofloxacin daily was initiated empirically given the high morbidity associated with DBS infection. Despite this intervention, the patient later developed speech latency, short-term memory loss, and lower extremity paresthesia. This neurological decline prompted an MRI of the brain with contrast, which revealed a 1.7 cm abscess in the left thalamus at the tip of the implanted electrode. The entire DBS system was subsequently removed. The patient was empirically treated for 6 days with 1.5 grams of vancomycin every 12 hours, 2 grams of ceftazidine every 8 hours, and 500 milligrams of metronidazole every 6 hours. A culture later yielded P. acnes and the patient was switched to 2 grams of ceftriaxone every 12 hours for 14 days. After treatment, the patient’s neurological symptoms resolved and his tremor recurred. The time from initial surgery to presentation was 9 months. But as the patient was asymptomatic prior to the revision operations, we estimate that the time from surgery to presentation was 7 weeks.

The second case involved a 53 year-old female with bilateral medically refractory essential tremor. The patient had type 2 diabetes mellitus and a preoperative hemoglobin A1C of 5.6%. She presented 20 weeks after a right VIM DBS placement with chills, diplopia, malaise, nausea, and lightheadedness. There was no known fever. Laboratory studies were unremarkable. A non-contrast CT scan demonstrated a 2.4 cm cystic lesion surrounding the tip of the electrode in the thalamus. The entire DBS implant was removed and the patient was treated empirically with 1 gram of vancomycin every twelve hours. P. acnes infection was confirmed with culture the next day and she was switched to 6 mg/kg of daptomycin daily for 4 weeks. The patient ultimately experienced resolution of presenting symptoms. Tremor on the contralateral side of infection resolved due to lesion effect mimicking thalamotomy, hence the patient elected not to proceed with reimplantation. The time from surgery to presentation is estimated at 20 weeks.

The third case involved a 65 year-old male with medically refractory essential tremor who previously had bilateral deep brain stimulators placed. This patient did not have diabetes and took no immunosuppressive medications. He first underwent a left VIM DBS placement, returning for a right VIM DBS placement four months later. A fractured right lead was discovered and replaced several months after that. Thirteen weeks after the right lead replacement, the patient presented with new onset left facial droop, ocular secretions, dysarthria, and gait dysfunction. He did not have a recorded fever. Laboratory studies were unremarkable. An MRI showed a 2.2 cm cystic lesion in the right thalamus. The entire right sided DBS implant was removed shortly thereafter. Pending culture results, the patient was empirically treated with 2 grams of vancomycin twice daily for 5 days. When cultures yielded P. acnes, the patient was switched to 2 grams of ceftriaxone twice daily for 6 weeks. Upon completion of treatment he experienced gait and mobility improvement. His dysarthria, however, did not resolve. Again, the time from infection to presentation is unclear. He underwent two DBS procedures in the same year, but the infection is estimated to have occurred after the second procedure, 13 weeks prior to presentation.

Certain common factors exist in these cases, as well as pertinent differences, that suggest possible correlations to infectious course of P. acnes in DBS patients.

All three DBS patients with P. acnes infections were older than 50 years. Two had type 2 diabetes mellitus and one of the two also took medication known to cause immunosuppression, which was held perioperatively. One patient of the three was not in any known immunocompromised state. Two patients presented with acute focal neurologic deficits, and two presented with ophthalmologic symptoms. One patient had edema around his pulse generator. The times from procedure to presentation were 7, 20, and 13 weeks. None of the three patients had documented fever at the time of presentation.

Of three cases of delayed infection following DBS implantation, the average onset of infection was 13 weeks with microbiological workup yielding Propionibacterium acnes. The patients showed common characteristics, including a lack of fever and unremarkable laboratory findings. Two patients had the risk factor of type 2 diabetes mellitus, and two contracted infection after a 2nd operation for revision of fractured lead. One of the diabetic patients had an additional risk factor of immunosuppression caused by sulfasalazine therapy. Brain abscesses in all patients led to complete hardware removal due to a current lack of well understood diagnostic characteristics in P. acnes infection.

The most common causative organism in surgical site infections is S. aureus, which presents with typical signs of incisional pain, rubor, calor, and drainage, as well as inflammatory marker changes and fever. In contrast to S.aureus, P.acnes exhibits a more indolent course. The index of suspicion must remain high for this organism in the setting of an afebrile patient with normal inflammatory markers. In the setting of a revision surgery, latent infection from Propionibacterium acnes must always be considered and intracranial imaging should be part of the workup, as well as routine cultures sent where possible, as the presentation may be limited to vague complaints [10].

Funding and Conflicts of Interest

The authors declare that there are no conflicts of interest and have no funding to report. 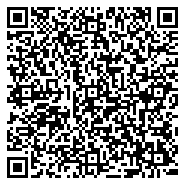