Recent Advances in Angiogenesis and Antiangiogenic Therapies in Cancer

Antiangiogenesis (the prevention of new blood vessel formation) has become a cancer prevention method. The goal of this study was to look into the antiangiogenic effects of Gynura procumbens (Lour) Merr on the quantity of macrophages and heterophils on the chorioallantoic membrane of chick embryos. Six groups of nine-dayold eggs were formed (eight eggs each group). bFGF+Tris HCl was used to induce Group I (positive control) eggs. DMSO+Tris HCl was used to treat Group II (negative control) eggs. Group III (treatment I) eggs were treated with ethanolic extract of G after being stimulated with 60 ng bFGF a dose of 60 g of procumbens leaves The next treatment groups, namely group IV (treatment II), group V (treatment III), and group VI (treatment IV), were given progressively higher doses of extract, commencing at 75 g, 90 g, and finally 110 g. To detect macrophages, eggs were incubated until they reached the age of twelve days, whereas to watch heterophils, eggs were incubated until they reached the age of seventeen days.

The treatment groups had fewer macrophages than the control positive group (bFGF+Tris HCl) based on haematoxylin-eosin staining, but the effect of Gynura procumbens in reducing the number of heterophils could not be seen based on giemsa staining due to some blood smears. These findings indicate that an ethanolic extract of Gynura procumbens leaves can serve as an antiangiogenic agent, reducing macrophage numbers. Histological classification and thus early detection of these phenomena is vital for selecting the best suited treatment based on a wide diversity of clinical characteristics and prognosis in distinct subtypes of lymphoma. Previously, lymphoma categorization and histological stratification were based solely on surgical biopsy, which resulted in patient dissatisfaction, surgery-related problems, hospitalization, and expensive medical costs. Advanced minimally invasive approaches have recently been used to accomplish precise categorization and grading of various lymphoma subtypes. Core Needle Biopsy (CNB) guided by imaging modalities has been identified as a tool for diagnosing and classifying both indolent and aggressive lymphomas. This technique can provide a clear image of lymph node architecture, allowing for further molecular and phenotypic analysis, and it is a cost-effective alternative way for tumor-related research.

Furthermore, for those who cannot tolerate surgery, particularly the elderly, this modality is a real-time nonradiological tool option. As a result, this method is now widely used to make a definitive diagnosis of lymphoma. The goal of our research was to see how useful ultrasound-guided CNB is for lymphoma diagnosis. More importantly (as demonstrated in our study), we anticipated minimal post-procedural problems after UGCNB, which have been reported in other investigations. As a result, this approach can be used to assess lesions suspected of being lymphoma with the greatest efficacy and safety. However, the diagnostic value of UGCNB may be influenced by the lymphoma's lesion-related characteristics or subtypes, therefore determining all lesion-related parameters affecting its performance should be explored in future studies when defining the final indications for employing it. SHBG affects androgen bioavailability and homeostasis by acting as a major regulator of sex steroids in human blood. When androgen or AR signaling is linked to Hepatocellular Carcinoma (HCC) and SHBG is engaged in controlling bioavailable androgen levels, the question of whether SHBG can influence HCC start or progression by altering androgen action remains unanswered. The purpose of our research is to look into the role of SHBG in HCC progression in the contexts of androgen regulation and steroid independence. A local hospital diagnosed the patient with primary adenosquamous cancer of the liver. Our pathology department found tumor nests that were admixed with epidermis, mucinous, and intermediate cells with no obvious borders.

In the epidermis cells, localized keratinization was found infrequently, but there was no conspicuous keratin pearl. Mucinous cells had a considerable volume, a cuboidal or columnar shape, pale cytoplasm, and no discernible gland development. In mucinous cells, immunohistochemistry revealed that CK5/6 and P63 were negative. The patient was diagnosed with primary high-grade MEC of the liver based on these characteristics. Laminins are heterotrimeric glycoproteins made up of three distinct polypeptide chains: α-chain, β-chain, and γ-chain. At the distal end, five homologous laminin globular-like (LG) domains follow the three chains to form the long arm. The three shorter arms connect with each other to form networks, while the LG domains activate intracellular signaling pathways by binding to cellular receptors. Laminin is required for early embryonic development and basement membrane formation, and its absence has been linked to insufficient basement membrane assembly, which results in skeletal muscle injury and a variety of human disorders. Laminin, for example, is only found in the per cellular matrix (PCM) of healthy articular cartilage; thus, its absence may imply normal cartilage degradation and/or chondrocyte dedifferentiation. 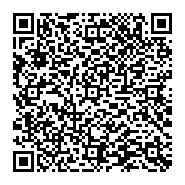