Rice-sheath blight is a disease caused by the Basidiomycete Rhizoctonia solani that severely limits rice production in India and other Asian countries. It is also a problem in the Southern United States where rice is grown. It can reduce yield by up to 50% while also lowering quality. It causes rice plant lesions, as well as pre- and post-emergence seedling blight, banded leaf blight, panicle infection, and spotted seed. Infected plants develop circular or oblong lesions on their lower leaves, which are usually green-gray and water-soaked, during the late tillering or early internodes elongation stages of growth. Lesions spread and reach the upper part of the plant using runner hyphae under favorable conditions of high humidity and low sunlight. The lesions turn tan with a brown border when there is leaf dieback and the sun can penetrate and dry them. Sclerotia are produced near the infection and fall off in about six days. They then survive in the soil and can spread as the field is prepared or flooded for irrigation, infecting other plants. Rhizoctonia solani sclerotia and mycelia overwinter in plant debris and in tropical environments where they can survive in weed hosts.

solani, in the form of sclerotia, can survive in soil for many years. Rhizoctonia sclerotia have thick outer layers that allow for survival and serve as the pathogen's overwintering structure. In some exceptional cases (such as the teleomorph), the pathogen may also take the form of mycelia found in soil. Chemical stimuli released by a growing plant and/or decomposing plant residue attract the fungus. Penetration of a host can be accomplished in a variety of ways. Entry can occur through direct penetration of the plant's cuticle/epidermis or through natural plant openings. When hyphae come into contact with the plant, they attach to it and begin to produce an aspersorium, which penetrates the plant cell and allows the pathogen to obtain nutrients from the plant cell. The pathogen can also produce enzymes that degrade plant cell walls and persist in colonizing and growing within dead tissue sclerotia is formed by the breakdown of cell walls and the colonization of the pathogen within the host. When new plants become available, new inoculums is produced on or within the host tissue, and the cycle is restarted.

Overwintering sclerotia/mycelium in plant debris, soil or host plants. Young hyphae and fruiting basidia (rare) emerge, producing mycelia and, in rare cases, basidiospores. The very rare production of germinating basidiospores penetrates the stoma, whereas mycelia land on the plant surface and secrete the necessary enzymes to initiate host plant invasion. After the mycelia successfully invade the host, necrosis and sclerotia form in and around the infected tissue, resulting in the disease's various symptoms such as soil rot, stem rot, damping off, and so on, and the process begins all over again. The pathogen is known to prefer warm, wet weather, and outbreaks are most common in early summer. Because most pathogen symptoms do not appear until late summer, most farmers are unaware of the diseased crop until harvest. A number of environmental factors, including the presence of a host plant, frequent rainfall/irrigation, and higher temperatures in the spring and summer, have been linked to the pathogen's prevalence. Furthermore, poor soil drainage (whether brought about by which gathering of fungicides would be best with crops as to R. solani.

Rice is one of the main food crops on the planet, giving a significant wellspring of sustenance for over a portion of the total populace. Rice illnesses, particularly Sheath Blight (ShB) brought about by Rhizoctonia solani AG1-1A, are among the main elements restricting rice creation overall. The ShB sickness generally creates in the later tillering or early internodes stretching phase of rice. Tainted tissue looks brown to yellow or even blanched in variety. Side effects of the sickness initially show up on the lower sheaths of plants and afterward create onto upper sheaths and leaves. ShB spreads from one plant to another through the development of the growth and normally frames in a roundabout example in the field. Under ideal circumstances, this sickness spreads rapidly to top plant parts, causing lodgings of the plants. The illness happens consistently, causing critical misfortunes in grain yield and quality in the US and other rice-creating provinces of the world. ShB has turned into the second most financially significant illness in rice on the planet.

Cultivar obstruction can be the best, financial means for the executives of rice ShB and other yield illnesses. Plant phenotyping assumes a basic part in rearing projects for the improvement of cultivars of rice and other field crops with further developed sickness opposition. Plant phenotyping likewise has been generally utilized in crop rearing projects to survey plant attributes like plant development, improvement, a biotic stress resistance, design, physiology, biology, and yield. As of late, optical sensor innovations have been created and used to help plant phenotyping and infection location and determination. Computerized (red, green, and blue)- , multispectral-, hyperspectral-, flrorescence imaging-and warm infrared-based sensors have been used to describe plant sickness side effects, identify various illnesses, and even measure seriousness of a few infections in the research center and field. These examinations have been led on wheat, grain and vegetables including tomatoes and cucumbers. In any case, no huge advances in high-throughput phenotyping have been made on rice. This is most likely because of the flooding conditions under which rice plants develop, restricting the capacity to utilize this remote detecting innovation. Automated aerial systems, one of new remote detecting stages, plays had a significant impact in application in accuracy farming. This innovation enjoys the benefits of high-spatial goal, high proficiency, low expenses, and adaptability being used. Utilization of the innovation can work with the fast and exact identification of plant infections at a field scale and hence further develop sickness the board viability through on-time applications as well as site-explicit uses of fungicides. 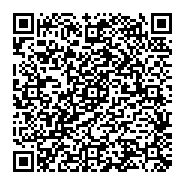