Rosai-Dorfman Disease (RDD), also known as Sinus Histiocytosis with Massive Lymphadenopathy, is a rare, non-Langerhans disease characterized by benign cellular proliferation of histiocytes and lymphocytes classically presenting as a painless, bilateral cervical lymphadenopathy [1]. RDD has a worldwide distribution with no established regional predilection and affects individuals with a median age of 20.6 [1]. In 43% of cases, the disease manifests extranodally; these sites include the skin, orbit, respiratory tract, bone, central nervous system, nasal and oral cavities [1]. While rare, ophthalmic manifestations include 11% of cases, comprising orbital soft tissues, eyelids, lacrimal glands, the conjunctiva, and the cornea [1]. Pathological features of RDD include emperipolesis containing lymphocytes as well as a distinctive “weather-worn” or “moth-eaten” appearance. The immunophenotype of the large RDD histiocytes is positive for cytoplasmic and nuclear S100. Additionally, RDD histiocytes display CD68 and variable CD163 and CD14 positivity and are negative for CD1a.

When considering RDD, there are important implications for accurate diagnosis along with appropriate treatment management. Differential diagnoses include pseudotumor, lymphoma, metastases, other histiocytosis, Ig4-related disease (IgG4-RD), and reactive lymphocyte infiltrate. This case was initially misdiagnosed as a multifocal inflammatory pseudotumor. While outcomes are typically favorable, there remains a lack of consensus regarding the appropriate treatment of RDD [2]. Clinical approaches range from observation, surgery, corticosteroids, to chemotherapy, immunomodulatory therapy, and radiation therapy [2].

A 50-year-old female presented with worsening vision in the right eye and a lump in the right cheek. MRI revealed an irregular soft tissue mass in the right infratemporal fossa and masticator space, extending to the buccal region, through the infraorbital fossa to the orbital apex. The radiologic findings were noted to be highly suspicious for lymphoma. Fine needle aspiration cytology demonstrated a ‘spindle cell lesion.

The patient’s eye symptoms worsened over a few weeks with increasing pain in the right eye, development of headache with proptosis, and right sixth cranial nerve palsy. Repeat MRI findings demonstrated multiple soft tissue densities along the right maxilla and within the right masticator space with soft tissue density lesion involving the posterior aspect of the right maxillary sinus and eroding through the walls of the sinus and the orbital floor, extending into the posterior right orbit. Associated proptosis of the right globe was noted and together with cervical adenopathy, these findings continued to be worrisome for lymphoma vs. metastatic disease. A right masticator space biopsy was performed and the patient was started on steroids.

Histopathologic examination of the right masticator space mass biopsy showed a lymphoid infiltrate involving soft tissues and fat. This infiltrate was largely composed of mature small lymphocytes with only occasional plasma cells. Interspersed histiocytes were also present and were focally numerous. CD68 showed numerous histiocytes; these were negative for CD1a and S100. The lack of CD1a and S100 staining ruled out Langerhans cell proliferation and extranodal Rosai- Dorfman disease. The final diagnosis was involvement by “Reactive lymphohistiocytic infiltrate” (Figure 1). The patient’s symptoms improved with prednisone and a diagnosis of multifocal inflammatory pseudotumor was entertained. An option of radiation therapy was given considering the negative impact of steroid therapy on the patient’s poorly controlled diabetes mellitus. She completed the recommended cycles of radiotherapy and was given the option of radiation therapy, which she completed. Later, she was prescribed methotrexate for continued mitigation of inflammation.

The patient remained in symptomatic remission for one year but subsequently presented a year later with worsening headache and tinnitus. MRI showed diffuse enlargement and abnormal enhancement in the right optic nerve, more pronounced when compared to the prior MRI. A 10 mm enhancing nodule was seen in the right nasolabial fold. There was a minimal residual enhancement in the right maxillary sinus and pterygopalatine fossa. The differential considerations on radiologic studies included Pseudotumor, lymphoma, leukemia, sarcoid, or metastases. The patient has already completed recommended cycles of radiation therapy. She is doing well on steroids. The new diagnosis of Rosai-Dorfman disease and treatment was discussed with the patient. It was explained that there is no standard treatment approach, therapies employed include surgery, corticosteroids, radiation, thalidomide, or cytotoxic agents including vinca alkaloids and purine nucleoside analogues.” The case and treatment plan were discussed in the intradepartmental meeting and consensus on treatment was obtained. The initiation of treatment of purine nucleoside analogs is further planned.

Rosai-Dorfman disease (RDD) or sinus histiocytosis with massive lymphadenopathy (SHML) was first described in young black males by Juan Rosai and Ronald Dorfman [3]. It is a benign disease characterized by fever, painless lymphadenopathy, most often cervical lymphadenopathy [4] with the proliferation of histiocytes. It commonly occurs in adults with slight male preponderance [3,5]. The cervical lymph nodes are most commonly involved. Other extranodal sites include skin, orbit, sinuses, salivary gland, and CNS. The possible etiology is a disturbance in cell-mediated immunity or infection due to Epstein-Barr virus, klebsiella, brucella, or human herpes virus-6 [3]. Recent studies have pointed to several specific kinase mutations in some manifestations of RDD, suggesting a possible clonal origin for the disease [2]. RDD has been reported in patients with lymphoproliferative disorders, including six cases associated with non-Hodgkin lymphoma and Hodgkin’s disease. It has been postulated that in Hodgkin’s disease, the neoplastic cells may secrete certain cytokines that stimulate monocytes to become phagocytic histiocytes with the immunophenotype of RDD cells [6].

Herein we describe a case of orbital RDD which presented a diagnostic conundrum. Orbital involvement by RDD is rare, comprising about 10% of all RDD cases. It is usually unilateral but rarely may have bilateral involvement [4]. In one study, orbital RDD accounted for 0.9% of all ocular specimens studied at a tertiary eye referral center with an ocular oncology service [7]. Accurate diagnosis of orbital RDD is crucial to tailor the best treatment plan. Orbital RDD is diagnosed based on clinical presentation and confirmed by histopathologic examination findings. Clinical manifestations include exophthalmos, clouding of vision, conjunctival infiltration, limited eye movements, diplopia, and ocular irritation [3,5] and in most instances associated with fever, anemia, neutrophilia, elevated erythrocyte sedimentation rate, and polyclonal gammopathy [3,7]. A differential diagnosis based on a diffuse infiltrating orbital mass includes orbital pseudotumor, lymphoma, sarcoidosis, lymphangioma, or hemangioma [5,6,8]. In orbital RDD, histopathologic examination shows proliferation of lymphocytes and histiocytes with emperipolesis. Emperipolesis is the presence of viable lymphocytes in the cytoplasmic vacuole of an intact histiocyte. The histiocytes stain positive with CD68, S-100, and negative with CD1a. These histiocytes need to be differentiated from reactive histiocytes (negative for S-100 and CD 1a) and Langerhans cell histiocytosis (fine nuclear groove and stains positive with CD1a and negative with S- 100). Other differentials include Hodgkin disease, CD30 positive large cell anaplastic lymphoma, carcinoma, sarcoidosis, orbital pseudotumor, and melanoma (Table 1). Our case was initially diagnosed as a “spindle cell lesion “-pseudotumor. Emperipolesis is often inconspicuous in RDD of soft tissue and the proliferating histiocytes often assume a spindled morphology. This, along with the accompanying lymphoplasmacytic cells infiltration often creates a challenge in differentiating soft tissue RDD from pseudotumor. A similar finding was pointed out in a case report presented by Edwin Wang [5] A child was initially diagnosed with pseudotumor and despite treatment, her symptoms worsened, and was later diagnosed with RDD. The ideal treatment of RDD is not yet established and is treatment is only needed in about 50% of cases [9-11]. Management options include observation for mild disease to surgical excision/ debulking, systemic steroids, chemotherapy with vincristine/methotrexate/6MP, or alkylating agents [3,5,7]. 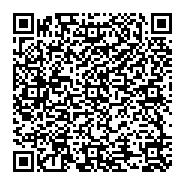