Seroprevalence of Chikungunya during Outbreak in Dhaka, Bangladesh in 2017

Chikungunya (CHIK) infection is emergence public health problem globally including Bangladesh. It is the arthropod-borne disease of an alpha genus which is transmitted by mosquitoes bite. The virus was first isolated by Ross in Newala district of Tanzania in 1953. In 2017, an outbreak of chikungunya (CHIKV), has struck Bangladesh's capital of Dhaka, according to officials at the Institute of Epidemiology, Disease Control and Research (IEDCR). This study was aimed to know the seroprevalence, clinical presentations and seasonal trends of CHIK infection. This study was conducted in an Ibn Sina Diagnostic and Consultation center Uttara from April to November 2017. About 1526 serum samples were tested from suspected Chikungunya infected patients for IgM and IgG antibodies by immunochromatographic test (ICT) method. Out of the 1526 serum samples tested, 1179(77.27%) were seropositive for CHIK, among the seropositive 1103(72.28%) were IgM positive, 767 (50.26%) were IgG positive and 691(45.28%) were both IgM and IgG positive. The most 70.7% affected age group was 21-50 years. Females were more affected than males. A high percentage of chikungunya seropositive cases among suspected patients demand an early careful investigation. However, the seroprevalence of CHIK among the suspected cases was 72.28%. The infection had spread to new areas during this outbreak.

Chikungunya virus (CHIKV) infection has re-emerged as an important mosquito-borne disease of an alpha genus which is belonging to the Togaviridae family [1]. It has a single-stranded RNA genome, a 60-70 nm diameter capsid and phospholipids envelop. Chikungunya fever is predominantly transmitted by bites of mosquitoes of Aedes genus (Aedes aegypti and Aedes albopictus ). In Asia, Aedes aegypti is believed to be the principal vector for transmission during the human outbreak. Only female mosquitoes are infective and bite human in daytime (especially early morning and late evening). A high vector density in the post-monsoon season accentuates virus transmission [2]. Chikungunya viral fever occurs in the victim of all ages in both sexes. Acute chikungunya virus infection usually has the onset of high fever, severe joint pain, and myalgia, erythematous, maculopapular rash, which can range in severity from a mild, localized rash to an extensive rash involving more than 90% of the skin [3]. Chikungunya infected many patients joint pain begins to improve after the first week, although some patients have persistent joint pain, swelling and morning stiffness. These symptoms can last for up to 3 years [4]. There are different ways for diagnosis the Chikungunya virus; however blood specimen is collected from an infected patient within 7 days for the Reverse Transcriptase- Polymerase Chain Reaction (RT-PCR) to detect the viral RNA. Both anti-Chikungunya antibodies IgM and IgG can be detected either the acute or the convalescent-phase samples [5]. Serum specimen is collected at the end of the first week for ELISA test; because few times require for antibodies production, Serum IgG and IgM are the most used diagnostic tests for chikungunya detection, as they are the most economical and the easiest to perform on a patient [6,7]. Probably Chikungunya virus was originated in East Africa [6]. Chikungunya virus was first isolated from the serum of a febrile human during an epidemic outbreak by Ross in Newala district of Tanzania in 1953 [8]. Since then, Chikungunya virus has become a more global concern by the Scientific Leadership Group [9]. First Chikungunya 39 cases were reported in the northern area at Rajshahi and Chapainawabganj districts of Bangladesh in 2008. Outbreak investigated by Institute of Epidemiology, Disease Control and Research (IEDCR) and International Centre for Diarrhoeal Disease Research Bangladesh (ICDDR, B). An outbreak of fever with prolonged joint pain was investigated at Dohar of Dhaka District in 2011; suspected cases were identified by house-to-house surveys. Approximately 29% of the village residents have symptoms consistent with Chikungunya fever during the outbreak [8]. Six confirmed cases of CHIKV were reported in 2014. In 2017, Chikungunya outbreak occurred at Dhaka of Bangladesh. Clinical confirmed cases had 2,314; reported in different hospitals and clinics of Dhaka from May to September 2017 and more than 18 million people were affected in the capital city of Bangladesh up to September 2017 [9].

The study was conducted in Ibn Sina Diagnostic and Consultation Center Uttara from April to November 2017. Inclusion criteria include, the patient who had the high fever, joint pain, headache, skin rash, who were itself came to the diagnostic center for Chikungunya test and doctor advice Chikungunya test. Exclusion criteria include patients who were unwilling to participate. Respondents were selected and inform consent taken at the time of blood collection and also written permission was taken from branch Manager. About 2-3 ml of whole blood samples were collected from each patient using sterile aseptic precautions, and serum was separated by standard methods. Collected serum samples were tested for IgM and IgG anti-Chikungunya antibodies by immune chromatographic method (ICT) according to the manufacturer’s instructions. In this method, IgM and IgG were detected by using an antibody capture method and gold-labeled anti- Chikungunya virus monoclonal antibody. The patient serum (10 μl) and 3 drops (90 μl) of buffer solution are added for dilution of serum. The result was taken within 15 to 20 min after the appearance of the color of the control line. Results of all tests were written in the laboratory resister and Data collection sheet. Data were statistically analyzed by SPSS software version 23. P-value<0.05 was considered as statistically significant.

A total of 1526 Chikungunya suspected cases were studied to detect anti-Chikungunya IgG and IgM antibodies in serum samples. Out of these, 1179 (77.27%) samples were positive for Chikungunya infection and 347 (22.73%) were negative (Table 1).

Above table shows that age group 21-30 years respondents were more infected than other age groups. There was no statistical significance (P>0.05) between age and Anti-Chikungunya antibody. Female respondents were more infected than male and statistical (P<0.05) difference were found between sex and Anti-Chikungunya antibody (Table 3).

A figure shows that a seasonal peak was seen in the month of June to September (Figure 1). 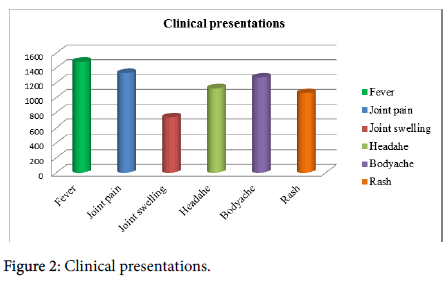 Recently, Chikungunya virus is an important re-emerging disease of the tropical and sub-tropical regions. It is clear that since last decade, Chikungunya has been occurring regularly with periodic surges in a number of cases [10]. The differential diagnosis associated with Chikungunya fever includes a wide variety of viral which includes Dengue, bacterial, Rickettsial and parasitic infections that produce a similar syndrome. A definitive diagnosis is confirmed by virus isolation and/or serological test. This study describes the seroprevalence of Chikungunya virus in Dhaka resident population. A total of 1526 serum samples from suspected cases of chikungunya infection were received during the study period, out of which 1179 (77.26%) samples were positive for chikungunya infection. We found 1103(72.28%) anti-Chikungunya IgM positive, 767(65.05%) anti- Chikungunya IgG positive and 691(58.60%) both anti-Chikungunya IgM and IgG positive cases. Khatun et al [8] in 2011 reported 29% Chikungunya infection in Dhaka Dohar, Chopra et al. [11] in 2014 reported 49.0%, Divya et al. [12] in 2016 reported 21.8% and Wadekar et al. [13] in 2017 reported 8.17% and Cunha et al. [14] in 2017 reported 35%. The study also showed that mostly 70.7% affected age group was 21-50 y; these results are comparable with Wadekar et al. [13] and Cunha et al. [14]. Less than 10 years age group was 4.2% least affected. According to gender distribution, the number of affected females was more than males. These findings were correlated with similar study done by Kawle et al. [15] Divya et al. [12] and Mohanty et al. [16] However, in the study conducted by Ang et al. [1] it was found that highest percentage of morbidity and males were more frequently affected than females. Clinical presentation of Chikungunya seropositive cases showed that fever, joint pain, joint swelling, headache, and the rash were the most common symptom in all the cases. A headache was seen in 73.59%, and body pain in 83.09% of seropositive cases. Joint swelling and rashes were observed in 48.03% and 69.33% seropositive cases respectively. Similar findings were correlated with other studies conducted by Mohanty et al. [16] and Balasubramaniam et al. showed that fever and joint pain was the most common symptom [17].

This study showed seroprevalence of 72.28%. The geographical distribution had a significant influence on the prevalence of antibodies to the virus. The Chikungunya infected number of cases was more in the months of May to September and less during the months of January to April. Most of the studies represent seasonal variation, because of the increase in vector density during the rainy season [18]. This might be explained by the possible impact of ecological characteristics of the areas on the natural cycles of the arthropodborne viruses under consideration [19].

In conclusion, the seroprevalence of Chikungunya in the study (72.28%) was higher in Dhaka during 2017 CHIKV outbreak, suggesting its continuance as a major health threat in the present scenario. Chikungunya affects humans of all age groups in both sexes worldwide. In the present study, there was no mortality but the morbidity was high with lots of work as the population most affected belonged to the age group of 21‑50 years. The Aedes mosquito is present in varying density in the different season. The virological surveillance of CHIKV and other vector-borne diseases should, therefore, be given utmost attention that will in turn help in the prediction, prevention, and control of impending and sporadic outbreaks in developing countries. 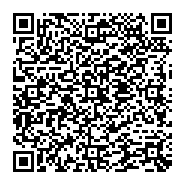