Soil erodibility factor measures the susceptibility of soil particles to transportation and detachment by erosive agents. Soil erosion and sedimentation models use soil characteristics and erodibility as major input. However, in developing country like Ethiopia including the catchment soil erodibility and soil related properties data is limited. Due to this different scholars use different data source which is adopted from large scale and come up with very varying result. Because of this the study was designed to avail soil erodibility data of the catchment from primary data. A total of 80 composite soil samples were collected from the catchment with a GPS coordinate and analyzed for soil textural class (hydrometer method) and soil organic matter (walkley-black method) at Jima Agricultural Research Centre soil, water and plant tissue laboratory.

Erodibility defines the resistance of the soil to both detachment and transport. Soil’s resistance to erosion depends in part on topography, land slope and soil disturbance (2003). It is an estimate of the ability of soil to resist erosion based on the physical characteristics of each soil (2017). Soil erodibility varies with soil texture, aggregate stability; shear strength, infiltration capacity and chemical soil content (1980). Water erosion is accentuated by soil properties like presence of clay and de-structured soils with low water permeability; which influences the hydrological characteristics, soil permeability to water and air, stability and configuration of porous space. Soil destruction is determined by natural limiting factors: unbalanced size composition, reduced amount of humus, continental climate, anthropogenic factors belonging mostly to conventional agriculture (2013).

Soil erodibility factor measures the susceptibility of soil particles to transportation and detachment by the amount of rainfall and runoff input (1997); and it is known that the most easily eroded soil particles are silt and very fine sand, and less erodible soil particles are aggregated soils because they are accrued together making it more resistible (2006).

Many publications consider soil erodibility as a year-around constant parameter for a given soil (1995) and indicate that soil erodibility can be determined from stable soil properties (1999). Other studies have indicated that soil erodibility varied for a given soil as a function of location, climate change, and human activity (2007). Therefore, soil erodibility should be considered as a non-constant term that varies in space and time; which may mislead the result of soil erosion rate and sedimentation rate. All soil erosion and sedimentation models use soil characteristics, soil erodibility, as a major input. Due to limited data availability regarding soil properties in developing countries, Gilgel Ghibe-1 catchment, and different scholars use different data sources that were adopted from a large scale. This may lead to very varying sedimentation and erosion rate in the catchment, like 1.1 ton ha-1year-1 (2006), 106.68 ton ha-1year-1 (2008), 0 to

Description of the study area

Gilgel Ghibe-1 catchment is situated in Omo Ghibe basin, South West Ethiopia, with a total area of 4225 km2 at the dam site and located in between 7o19’07.15’’ to 8o12’09.49’’N latitudes and 36o31’42.60’’ to 37o25’16.05’’ E longitudes. The basin is generally characterized by high relief hills and mountains with an average elevation of about 1700 m above mean sea level (2013). The geology of the catchment is related to the uplifting of the East African Rift Valley in the Upper Eocene. The major soil types of the catchment are Nitisols, Fluvisols, Acrisols and vertisols (dominant) (2013).

The catchment is characterized by a wet climate with an average annual rainfall of about 1347 mm and an average temperature ranging from 19 ºC to 24.78 ºC. The seasonal rainfall distribution takes a Uni- modal pattern with its maximum during the summer and minimum during the winter, influenced by the inter-tropical convergence zone(ITCZ) (2013). Figure 1: Wet climate with an average annual rainfall of about 1347 mm in seasonal rainfall distribution. Figure 2: Distribution of the collected soil samples location in the catchment is shown.

Soil erodibility value for each soil sample locations was calculated with the NOMO model with the equation proposed by Wischmeier using the following formula and spatial soil erodibility map with generated through interpolation by “kriging” method in Arc GIS environment. Similarly, spatial maps of soil textural class, soil organic matter, soil structure and soil permeability rating of the catchment was also generated through interpolation in Arc GIS environment with 30m cell size resolution [5].

Soil texture (which refers to relative proportion of sand, silt and clay) is an important property contributing to soil’s erodibility. Soils with more sand particles are prone to erosion when compared to soils with more clay content. Sandy clay loam covers more than 65% of the catchment followed by sandy loam (32%) and sandy clay covers less than 3% of the total catchment. Soil erodibility is low for clay rich soils with a low shrink-swell capacity because clay particles mass together and form large aggregates that resist detachment and transport process (2006). Figure 4: Spatial distribution of SOM of the catchment.

Soil structure refers to the arrangement of soil particles in the soil. Soil with poor soil structure near the soil surface has a high risk of generating runoff. Permeability describes the capacity of soil to transmit water which depends upon the pores in the soil and how they are connected. The soil erodibility expresses an inherent resistance to particle detachment (degradation) and transport by the rainfall. It is determined by the cohesive force between the soil particles; that may vary

depending on the presence or absence of plant cover, the soil water content and the development of its structure. Mean weighted soil erodibility value of Gilgel gibe-1 catchment was 0.35 ton hMJ-1mm- 1 with a range of 0.28 to 0.41 ton h MJ-1 mm-1. 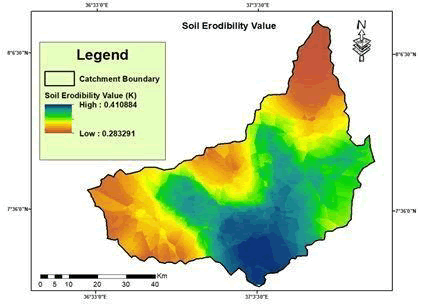 Figure 6: The soil erodibility factor ranges in value from 0.02 to

Accordingly, Gilgel ghibe-1 catchment had moderate soil erodibility value with 0.35. Because they are moderately susceptible to detachment and they produce moderate runoff. Soils having high silt content are most erodible of all soils. They are easily detached; tend to crust and produce high rates of runoff. Values of soil erodibility for these soils tend to be greater than 0.4.

Soil erodibility is so complicated because many factors effects on spatial and temporal variability of soil losses. Soil texture, organic matter content, soil structure, and permeability were major soil properties that could influence the soil erodibility. The spatial soil erodibility map and value was an important contribution to the estimation of soil erosion from at Gilgel Ghibe-I catchment, as the K- factor was very crucial among the input factors used to estimate soil erosion. The effect of these factors in reducing erodibility of the soil is due to its role in creation of aggregates and their stability. Gilgel Ghibe-I catchment has shown Sandy clay loam (65%) dominating the catchment area followed by sandy loam (32%) which made soils of the catchment moderately erodible. Soil organic matter of the catchment was resulted greater than 2%. Permeability rate found slow to moderate covering 66% of the catchment area. And 78% of the catchment area was covered with medium or coarse granular soil structure. Gilgel Ghibe-I catchment has found K-values varying between 0.28 and 0.41 with a mean value of 0.35. It is therefore concluded that the soil of the catchment have poor permeability/ infiltration rate, high soil organic matter and high silt with coarse granular soil structure which leads to the occurrence of surface runoff during which fine soil particles are carried away; resulting with moderate soil erodibility of the catchment. Because of this, land management practice (bio-physical soil and water conservation measures and agronomic practices) is needed to reduce surface runoff and improve soil infiltration rate. Also secondary soil data adopted from large scale is needed to be validated with primary soil data before using it for further analysis [9,10]. 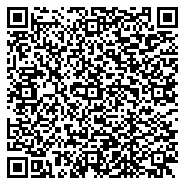