The thoracic spinal cord is most vulnerable to compression due to the space restriction between the spine and the thoracic spinal canal, and progressive neurological deficit is common. Magnetic resonance imaging (MRI) allows for the diagnosis of vascular diseases, given that the presence of neurological deficit involves other differential diagnoses. This case study’s main goal is to report a case about spinal infarct with surgical procedure of spinal decompression and bring a brief overview of current literature.

Thoracic disc herniation is not a frequent complication with an incidence rate of 1 in every 1,000,000 people, being most common between the third and fifth decade of age, with equal distribution between males and females. In 75% of the cases it occur bellow the T7 and T8 disc, and the most vulnerable area is between T11 and T12 due to great mobility and weakness of the posterior longitudinal ligament at this level [1]. The main clinical sign is pain, present in 92% of the cases. Other findings include neurological deficit as a result of spine compression and sensitive and/or motor disturbs [1].

Acute neurological deficit can also occur in demyelinating syndromes. However, MRI with injuries that confirm a specific vascular distribution in the spinal artery allows for the diagnosis of vascular diseases [2]. Spinal infarction is many times incapacitating when there is no stimulating event (e.g., aortic surgery) [3]. The study’s main goal is to present a case about spinal infarct with surgical procedure of spinal decompression, performed early on through transpedicular acess and bring a brief overview of current literature.

A 42-year-old woman presented a sudden case of urinary retention and difficulty to walk that began after physical activity on the previous day. The physical exam showed a level 4 strength deficit in lower limbs, preserved reflexes and absence of sensitive deficit, with no compromising of the upper limbs. Computed tomography (CT) of the lumbar thoracic spine revealed the presence of calcifications indicating a chronic calcified hernia (Figure 1). MRI of the column demonstrated a central disc extrusion on T5-T6, compressing the ventral face of the dural sac with alternation of the signal involving the anterior portion of the spine at levels T7, T8 and T9 (Figure 2). Due to signal alternation in the spine, the visualization of the disc extrusion allied to the topography suggested a secondary ischemic vascular lesion caused by a thoracic centromedular extrusion hernia with an infarct of the Adamkhiecz artery (Figure 3). Decompression was performed within 24 hours of hospital reception and 36 hours after the beginning of the symptoms with the use of transpedicular access (Figure 4). Surgery was performed using microscopy and posterior lateral access at a 45-degree angle. The hernia was removed without the need to perform an arthrodesis. There was recovery of strength and no bladder disfunctions post-operation, however, post-surgery MRI still showed the sign of ischemia, but with no clinical significance given that the patient recovered all the deficits (Figure 5). The thoracic spinal cord is the most vulnerable to compression due to the space restriction between the spine and the thoracic spinal canal, and also because of the mobility limitation caused by the denticulate ligaments [1]. Progression is common with ataxia when walking or progressive deficit of lower limbs [1].

Surgical procedure is recommended in cases of aggravating neurological symptoms. The posterolateral approach with pedicular-transfacet variations is recommended for lateral hernias or compression in multiple levels due to ossification of the posterior longitudinal ligament. In such case a posterior approach is performed, with unilateral or bilateral arthrectomy. After opening the posterior margin of the vertebral body, an angled endoscope can be used to observe the anterior side of the dural sheath, which makes it possible to reach central hernias without damaging the dura mater. Central hernias dissected through posterolateral approaches require special techniques, such as the “egg shell” technique, which reduces the risk of neurological damage [1]. Among the case studies found in literature presenting hernia and spinal infarction, one of a 14-year-old girl, in which surgery was performed, stands out. However, there were complications and the patient still had sequels even after 4 months of treatment, remaining wheelchair-bound. The rapid progression to an anterior spinal syndrome, previous history of back pain and evidence of central disc herniation in the MRI favored the diagnosis of spinal infarction in this case [2].

Blood flow in the spinal cord is mainly given to rich anastomosis and the anterior spinal artery provides circulation to the anterior two thirds of the spinal cord [4]. An infarct in this region is characterized by an abrupt beginning, bilateral weakness mainly in the lower body, acute back pain, flaccid paraparesis, absence of reflexes, dissociative anesthesia with loss of pain and temperature sensation below lesion level, there is no compromising of vibratory sensibility and proprioception. Another clinical finding is autonomic disfunction of the bladder and/or bowel [5].

Anterior spinal artery infarcts are subdivided in complete and incomplete. The incompletes are located in the anterior horns, having three different clinical presentations. The first is with acute paraplegia (pseudo poliomyelitis) with no sensorial abnormalities and no sphincter disfunction; the second is with painful bilateral brachial diplegia, there are a cervical lesion and man-in-the-barrel syndrome (MIB); and the third manifests with progressive distal amyotrophy because of the chronic lesions, which can possibly be mistaken by an amyotrophic sclerosis [5].

The diagnosis criteria of the acute spinal infarct emphasize rapid development of severe deficit within 12 hours, MRI with no compression, support characteristics and specific image findings, LCR highlighting non-inflammatory findings in most cases [6].

The image of the anterior spinal infarct is divided in three areas, they are the cervicothoracic, middle thoracic, or thoraco-lumbar, and the latter is considered to be the most common form. The results found in the MRI were pencillike hyperintensities on T2 sagittal and the “owl eye” or “snake eye” signal in T2 axial. It is known that the grey substance of the anterior horns is more vulnerable to ischemia due to the higher metabolic demand, which results in the findings mentioned regarding T2 axial. The MRI may be normal in 17 to 45% of the patients, especially in the acute phase, in which a ponderation of the diffusion is recommended, given that the earliest changes are noticed in the diffusion sequence, whereas the enhancement of signal is noticed in subacute stages. The MRI helps eliminating other diagnoses with similar symptoms to acute spinal syndrome such as vascular malformations, demyelinating disorders, infective myelitis, compressive myelopathies and tumor [5].

There are different diagnoses that can be similar to spinal cord infarction resulting in paraplegia, such as cauda equina syndrome, infections, Guillian-Barré syndrome, transverse myelopathy, arteriovenous malformations compressing the spine, among others. However, it is important to highlight that a vascular lesion is usually more acute [4].

A few surgical procedures can also cause spinal infarction, such as: aortic aneurysm repair, spinal decompression surgery, aortic dissection repair, epidural steroid injection, among others. In addition, patients with significant peripheral arterial disease and narrow spinal perfusion may have a high risk of suffering of a spinal cord infarction during periods of hypotension during surgery [6].

Several factors influence the prognosis of patients with spinal cord infarction. The presence of severe neurological deficits in the beginning and involvement of proprioception are associated with the worst results, whereas the “owl eye” is associated with the best results [5].

Another case study found in the literature describes a 36-year-old woman with a sudden case of slight weakness and leg tingling, progressing in 12 hours to severe weakness and loss of sensibility in lower limbs. The first MRI showed disc herniation at T6-T7 level. Another MRI after 72 hours indicated increase of signal in DWI in the anterior and left-anterior cord from T4 to T7, confirming an ischemic mechanism [7].

Thoracic disc herniation is not a common complication, which however can be the cause of spinal cord infarction. Suspicion of this condition is important for diagnosis, given that other diseases can present similar clinic, and knowledge of MRI characteristics can help with a fast and precise diagnosis. Several factors interfere with prognosis, but early recognition of the condition and fast surgical intervention allowed for a better outcome in the case presented. 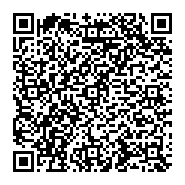