2Department of Radiology, University of Wisconsin-Madison School of Medicine and Public Health, USA

The authors report a rare case of a 54-year-old man who developed an asymptomatic cleft within the cervical spinal cord at C7-T1 following Dorsal Root Entry Zone (DREZ) lesioning surgery. The patient presented to the authors’ institution with neuropathic pain from a left brachial plexopathy resulting from a lower trunk avulsion. The initial MRI at 6 months post-injury confirmed preganglionic avulsions of the left C7, C8 and T1 nerve roots. Of note, there was a prominent anterior median fissure at the C7-T1 spinal level. He underwent a DREZ lesion 8 months after the injury. Subsequent MRI studies showed a progressive near complete split within the cervical cord at C7- T1. The patient did not develop any new neurological deficits. It remains unclear whether this observation was a sequela of the root avulsion or the DREZ surgery.

In 1981 Nashold et al. reported the preliminary results of DREZ in thirteen patients who had suffered severe spinal cord injury. The technique involved microsurgical lesioning of the DREZ. This can also be done by radiofrequency (RF) ablation. The lesion was designed, based on several detailed anatomic studies, to selectively destroy nociceptive fibers grouped in the lateral bundle of the dorsal rootlet, the excitatory medial portion of the Lissauer’ tract and the deafferented hyperactive neurons of the dorsal horn [1-3]. Fifty per cent of the patients had good pain relief when larger series with longer term follow up were evaluated [4,5]. A peer reviewed English literature search on destructive lesions for pain performed between January 1954 and July 2008 revealed that patients with spinal cord injury and brachial plexus avulsion (BPA) injuries had the best response to DREZ lesion [6]. The follow up ranged from 1 month to 18 years, of which, 54% to 86% of BPA patients had greater than 50% reduction of their pain.

Complications of DREZ include, in general, infection, meningitis, cerebrospinal fluid leak and hematoma. Specifically, complications may arise from injury to the ascending and or descending tracts, with symptoms manifesting in reference to the injured structures. These may be permanent or transient. Patients may also have no reduction or recurrence of the neuropathic pain [4].

The patient was first seen after a rollover Motor vehicle accident (MVA) accident in September, 2009. He was a belted driver at high speed. His initial neurologic exam was significant for hyperesthesia in the left C8-T1 distribution. His left wrist was swollen and tender, which initially limited an adequate motor exam of his left forearm and hand. Computerized Tomography (CT) did not reveal any acute fractures. Due to the patient’s midline neck tenderness and focal signs, Magnetic resonance imaging (MRI) of the cervical spine was obtained. This revealed a small epidural hematoma spanning C3-C6 without spinal canal compromise and interspinous ligamentous injury between C3-C6. He was treated in a cervical collar. On follow up he continued to have left hand pain and was profoundly weak in the left C8-T1 innervated muscles. Electromyography and nerve conduction studies (EMG/NCS) were performed at 4 weeks, revealing an active left lower trunk brachial plexopathy. Physical therapy (PT) was initiated and he was seen in our multidisciplinary brachial plexus clinic at 4 months from his injury. His pain and weakness were unchanged.

A CT-myelogram (Figure 1) and a brachial plexus MRI were performed at 6 months post-injury. These confirmed preganglionic avulsions of the left C7, C8, and T1 nerve roots. Of note, there was a prominent anterior median fissure seen at C7-T1 (Figure 1B). This was thought to represent chronic sequelae of the spinal cord injury. At 8 months, he had mild improvement in his strength but remained with significant pain. He still had diminished sensation in the left C8 distribution. Having failed maximal medical management for his pain, he was offered a DREZ lesion operation. This was performed in August 2010, approximately 11 months after the injury.

With the patient under general anesthesia and endotracheal intubation, his was placed prone on chest rolls with the head held in pins onto a Mayfield head holder. Intraoperative monitoring with motor evoked potentials (MEPS) and somatosensory evoked potentials (SSEPS) was set up. A C5 to T2 laminoplasty was performed using a harmonic bone scalpel. Meningoceles were noted over the nerve root sleeves on the left side. We then opened an approximately 6-cm long segment of dura at the levels of approximately C6 to T2. We were able to identify the underlying spinal cord and associated adhesions. We could also identify pits where the dorsal nerve roots were avulsed at the C7 through T1 levels. Using the operative microscope, we further delineated the adhesions in the area of nerve root avulsion. A standard DREZ lesion was then performed as follows. Using bipolar coagulation and a microsurgical scalpel, we made 4 different incisions in the spinal cord, each approximately 15 mm long corresponding to lesioning of the C7 to T1 level. Hemostasis was meticulously maintained. Each incision in the spinal cord was approximately 3 mm deep and at a 30 o angle with the spinal cord. MEPS and SEPPS remained unchanged throughout the procedure. The dura was then closed with non-absorbable suture. This was reinforced with a fibrin sealant. A laminoplasty was then accomplished and the wound was closed in layers.

Immediately after surgery his left arm pain was significantly improved. However, at 1 month follow up his pain had returned to preoperative levels in the same distribution. His examination remained at baseline. At last follow up he was on gabapentin and was referred to chronic pain management for consideration of a spinal cord stimulator trial. He has also been evaluated by plastic surgery for the possibility of tendon transfers. With the return of symptoms, MRI imaging of his cervical spine (Figure 2) was obtained. In comparison to preoperative CT-myelogram (Figure 1), and MRI, a new complete ventral to dorsal splitting of the cervical spinal cord was observed at the C7-T1 level. This was not clinically significant. We present a case of a patient who underwent DREZ lesioning surgery for a lower trunk brachial plexus avulsion and progressively developed a radiographic complete split of the cervical spinal cord at C7-T1. A small but prominent anterior median fissure had been observed on the preoperative MRI of the cervical spine. Although the patient’s preoperative pain returned, he did not develop any new neurologic deficits referable to this finding. Published data reflecting radiological and postmortem changes related to the sequelae of DREZ lesion is limited, due in part to the relative low frequency of this surgery. Also, postoperative imaging is not routinely obtained [7].

A review of the literature revealed a single paper reporting on the pre and post-operative MRI findings after DREZ lesioning. In this small series of 4 patients who underwent DREZ lesions, 3 patients had root avulsions [8]. Postoperative findings in the root avulsion group showed (1) diffuse and bilateral but asymmetrical enlargement of the cord, more on the side of the DREZ lesion, and (2) on T2 diffuse high-signal lesions involving a large portion of the hemicord on the side of the DREZ lesion, but sparing the dorsal funiculus, cephalad to the DREZ sites, which became discrete and converged to the lateral extreme of the spinal cord at the caudal level of the DREZ lesions. The single patient who did not have a root avulsion injury had similar pre and post-operative MRI findings. There were no midline cysts. Postoperative MRI changes after DREZ lesioning in cases of root avulsion tended to be extensive and persisted long after the surgery, at least 22 months compared with non-root avulsion cases. The reason for the postoperative MRI changes in the spinal cord, their persistence after surgery, and their relation to pain relief was not clear. They hypothesized that the preoperative pathology of the cord might be the explanation since radiofrequency (RF) coagulation necrosis is influenced by several factors in the target region, including electrical conductivity of the target and surrounding tissues, blood flow (which is responsible for thermal loss), and the presence or absence of cerebrospinal fluid on the spinal cord surface. Our patient, however, did not undergo RF but had a mechanical DREZ lesion. Nashold et al. [9] also reported a series of 18 paraplegic patients who developed delayed onset intractable pain and were discovered to have associated spinal cord cysts at surgery. The diagnosis had been confirmed clinically and radiographically with myelography, CT, and later MRI. A greater than 70 percent improvement in pain after drainage of the cysts and DREZ lesioning was achieved. It was noted that the combination of paraplegia, pain, and spinal cord cyst had not previously been emphasized in the neurosurgical literature.

As noted earlier, our patient had initial improvement of the pain but this recurred to preoperative levels after about a month. A small ventral cleft which looked like a prominent anterior median fissure in the spinal cord at C7-T1 was noted on the preoperative CT Myelogram 7 months following the injury. However, the patient did not have any anterior or central cord symptoms or signs. Our first post-operative MRI imaging was 3 years post-operatively, at which point the cleft spanned the entire anteroposterior diameter of the spinal cord at C7- T1, essentially creating a split in the spinal cord. It remains unclear whether the radiological finding is a progression of the avulsion injury, secondary to the DREZ lesion, or a contribution of both. We are also uncertain whether this finding contributes to the patient’s continued pain after DREZ lesion. A redo surgery is difficult to justify. It is not clear from Nashold’s series to what extent the improvement in pain was from drainage of the spinal cord cysts or the index DREZ procedure itself.

To our knowledge, the development of a complete split of the spinal cord following DREZ lesion surgery has not been previously reported.Postoperative imaging for non-responders to DREZ or those with short lived benefit may reveal additional cases, and provide a basis for associating pain syndromes with such cysts. 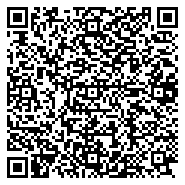