Study design: Systematic review Objectives: Understand the typical presentation, risk factors, location, size, treatment and outcome of spontaneous spinal epidural haematomas (SSEH). Methods: Systematic review of the English literature from 1 January 1960 to 1 March 2018. Individual patient data was extracted and collated. Outcome measures were mode of presentation, risk factors, initial neurological findings, presumed diagnosis, diagnostic investigations, site and size of the SSEH, treatment, neurological recovery and survival. Results: 160 publications (254 patients) were reviewed. Most patients (98%) presented with back pain and radicular pain. Pregnancy was common in those aged under 40years (24%), whereas anticoagulation therapy (30%) and hypertension (30%) was common in those aged 50-80years. Most patients present with neurological dysfunction. 15% were initially suspected of having an alternative diagnosis, including 7.5% who were suspected of ischaemia for which anti-coagulation therapy was either planned or given. MRI and/or CT myelogram was performed in 98% of cases. The mid-cervical spine and cervico-thoracic junction were most commonly affected and the average haematoma size extended across 5.4 vertebral levels. Most patients underwent surgical decompression (76%) and most improved their neurological function (85%). Conclusions: SSEH affects all age groups and presents with variable neurological signs sometimes mimicking cerebral or cardiac ischaemia. Cross-sectional spinal imaging with MRI or CT is diagnostic and avoids inappropriate anticoagulation therapy. Most SSEHs are located in the mid-cervical spine and cervico-thoracic junction and affect multiple spinal levels. Surgical intervention is not always indicated, but with appropriate management most patients will improve or resolve their neurological deficit.

Spontaneous spinal epidural haematomas (SSEH) occur spontaneously, without an obvious inciting event, and often mimic other conditions such as cerebro-vascular accidents [5,6]. These are rare with a quoted incidence of approximately 0.1 cases per 100 000 population annually [7-9]. This makes them a difficult condition to diagnose and may result in delayed diagnosis and potentially mismanagement with anticoagulation therapy [6,9,10].

The consequence of a SSEH can be devastating with progressive neurological decline resulting in permanent spinal cord injury and death [3,11,12]. Thus, early and accurate diagnosis and management is paramount in order to preserve neurological function and optimise the chance of recovery [13].

This study reviews the literature on the presentation, diagnosis and treatment of SSEH to provide an overview for clinicians treating these patients and to ensure early and accurate treatment for this time-dependent condition.

We performed a comprehensive search of all publications between 1 January 1960 and 1 March 2018 using PubMed, Medline, Embase, Scopus, QxMD, Google Scholar and the Cochrane Library. The MeSH term ‘epidural haematoma’ and keywords (spine, spinal and spontaneous) connected by the Boolean operators AND and OR were used to identify all possible studies. This was followed by an analysis of the text words contained in the title and abstract, and of the index terms used to describe articles. Then a manual search was conducted of the reference lists of identified articles and relevant reviews for additional studies.

Our inclusion criteria were: All studies written in English reporting on SSEH in humans aged 18 years or older. Our exclusion criteria were: Review articles, animal studies and cases with recognised causes (traumatic or iatrogenic) for epidural haematoma. We did not exclude articles based on cohort size or length of follow-up. We defined a ‘recognised causes of epidural haematoma’ as preceding trauma, spinal procedures and injections.

The key papers identified were reviewed independently by two of the authors (SS and MN) with the data from each paper collated to answer our selected outcome measures. Variance between the authors was checked and corrected by DK.

Because of the paucity of comparative trials on the management of SSEH and most studies (126) being case reports, our data entry involved each case being individually entered on an excel sheet. Thus, this was a study of individual patients rather than grouped studies. The outcomes of interest are therefore presented as patient means with associated ranges.

Patient age, sex and diagnostic investigation were described in all cases, but some studies failed to report the degree of neurological dysfunction, the location and size of the haematoma, the time to surgical intervention and the follow-up. In these situations, we excluded their results for the specific outcome of interest. Equally, some articles failed to accurately define the change in neurological status preventing the determination of an American Spinal Injury Association (ASIA) score, however they did state whether neurological improvement occurred. In these cases, we independently present an ASIA score, for those in which this was discernable, and a neurological outcome defined as worsened, unchanged, partial or complete recovery.

The outcomes of interest are presented as patient means with associated ranges or standard deviations. Comparison between the average pre- and post-treatment neurological score was performed with a two-tailed homoscedastic t test. To compare patients with neurological recovery (complete or partial) to those without neurological recovery (unchanged or worsened) we used an ANOVA for age, number of levels and time to operation, and Chi-square tests for gender, location and operative versus non-operative treatment.

Statistical significance was defined as a p value less than 0.05.

The initial literature search identified a total of 936 articles. On reviewing the abstracts, 306 publications were initially identified that fulfilled our search criteria. No further relevant studies were identified from the references of the included studies (Figure 1). 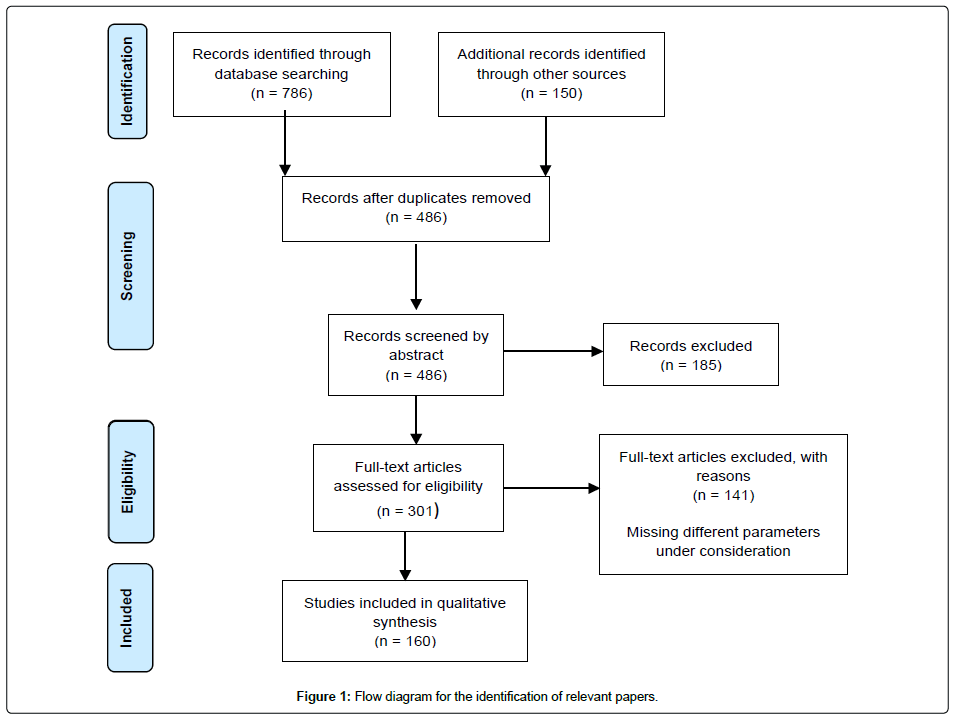 Figure 1: Flow diagram for the identification of relevant papers.

After exclusion criteria, a total of 160 publications and 254 patients were included in this review. The level of evidence ranged from IV to V. The average number of patients per publication was 3.8 (range 1-15 patients) and age at operation was 56.4 years (range 18-93 years) (Figure 2). Figure 2: Number of patients affected in each age bracket.

Male patients numbered 133 and female patients 121. The average follow-up was 158 days (range 2 days to 4 years). The large variance related to most publications ceasing follow-up after full neurological recovery was obtained.

Not all studies accurately described the patients’ initial presentation, but 98.4% (124/126) of patients complained of back pain and 97.5% (39/40) experienced radicular pain.

Although not all articles described the individual patient risk factors, seven patients had bleeding tendencies including Haemophilia, Von Willibrands disease and factor X deficiency. Forty-nine patients had hypertension, eight had diabetes, six were obese, 13 had atrial fibrillation or flutter and 22 had cardiovascular disease. Fifty-seven patients were on anticoagulation therapy, most frequently warfarin (43.9%), aspirin (36.8%) or clopidogrel (10.5%). Three patients had recently received thrombolysis therapy for vascular ischaemia, one patient had recently had surgery (coronary artery bypass grafting) and one had an endovascular stenting procedure. Fifteen patients were either pregnant or within two weeks of delivery. 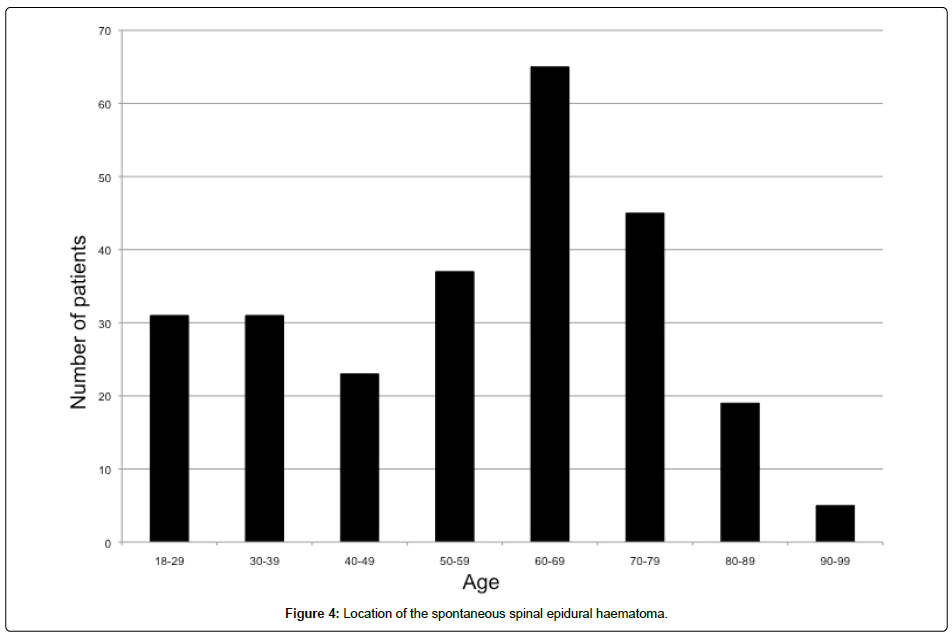 Figure 5: Comparison between ASIA scores at presentation and final follow-up.

Thirty-nine patients (15.4%) were initially suspected of having an alternative diagnosis, including 16 suspected of having an ischaemic cerebral infarction, three intracranial haemorrhage, three coronary ischaemia, three spinal tumours and two disc prolapses. In total, 19 patients (7.5%) were diagnosed with an ischaemic incident for whom anticoagulation was either considered or administered.

Location and size of SSEH

Two patients had two separate haematomas; the remainder had a single haematoma. The location of the centre of the SSEH is shown in figure 4.

The average size of the haematoma extended across 5.4 levels (range 1-28 levels).

Table 1: Comparison of patient demographics and treatment between outcome groups.

The effect on location is shown in Table 2. Overall the rate of neurological recovery (complete or partial) was greater in the cervical spine (89.9%) than the thoracic (81.5%) or lumbar spine (80.9%), but this was not statistically significant (p=0.264).

Table 2: The rate of neurological recovery related to the haematoma site.

Nine patients were reported to have died within three months of their presentation. This included three patients who suffered a myocardial infarction, one with a cardiac arrest, one with extensive pneumonia and one with a large bowel haemorrhage. The cause of death in the remainder was not defined. Eight of these patients were either ASIA A or B on presentation. One patient was ASIA D. All affected the cervical or thoracic spine and ranged in size from 2-20 vertebral levels.

SSEHs are rare but serious conditions that may result in permanent neurological dysfunction and/or death [3,4]. This condition affects all adult age groups, but predominantly those aged between 50 and 80 years. Pregnancy attributes a significant risk in those aged below 40 years (24% of patients), whereas anti-coagulation therapy and hypertension are more commonly associated with those aged between 50 and 80 years (30% respectively). Interestingly, bleeding disorders are rarely associated with SSEH and are not more frequent in a younger patient population (1.6% of those aged less than 40 years and 1.9% of those aged 50-80 years).

While most patients present with back pain and radiculopathy, the initial diagnosis can be difficult to determine with an estimated 15% being suspected of an alternative diagnosis including 7.5% with ischaemia and the potential for anti-coagulation therapy. However, cross-sectional imaging is diagnostic and predominantly performed with an MRI or CT myelogram. The expected MRI features of this condition are an intracanal, epidural lesion with variable T1 signal intensity, heterogenous hyperintense T2 signal with hypo-intense foci, compression of epidural fat, subarachnoid sac and spinal cord [14]. In contrast, the CT features are of a hyperdense (50-70 HU) extradural mass.

Most lesions affect the mid-cervical spine or cervico-thoracic junction and on average affect more than five spinal segments. The higher prevalence of cervical and cervico-thoracic lesions may be due to this area being the only area of the spinal canal with a compact continuous venous network in the epidural space, although this remains unproven [15].

In this review, the outcome of SSEHs appeared favourable with 85% of patients improving their neurological dysfunction. The likely reason why some patients fail to improve is permanent spinal cord damage caused by direct compression or vascular compression causing spinal cord ischaemia. The reason for worsened neurology despite treatment is likely further spinal cord compression, progressive spinal cord oedema or ischaemic penumdra [16]. Younger patients and those affecting the cervical spine were more likely to have neurological recovery, but this was not statistically significant. Of interest, the size of the SSEH does not predict the degree of neurological recovery.

This study has multiple limitations that should be recognised. Firstly, this is a review of the literature and is therefore subject to the limitations of the articles included. This includes reporting bias and variable completeness of the data provided. Secondly, with no randomised controlled trials comparing operative and non-operative care, a conclusion on the optimal treatment cannot be provided by this study. Lastly, SSEHs can affect different anatomical locations, with variable effects on patient’s symptoms and signs. Thus, a conclusive treatment algorithm for each presentation cannot be determined on the data provided.

In conclusion, SSEHs affect all age groups and present with variable neurological signs sometimes mimicking cerebral or cardiac ischaemia. Cross-sectional spinal imaging is diagnostic and avoids inappropriate anticoagulation therapy. Most SSEHs are located in the mid-cervical spine and cervico-thoracic junction and affect multiple spinal levels. Surgical intervention is not always indicated, but with appropriate management most patients will improve or resolve their neurological deficit.

An appendix is supplied of the reviewed articles

Glynny Kieser for her editorial input 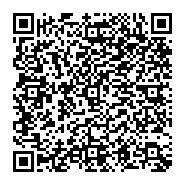