Background: Chordoma is slowly growing locally malignant destructive tumor originated as a remnant of notochord. It occur less than 5% of all bone tumors. It has a preferentiality to attack sacrum up to 50%, followed by base of the skull up to 40% and to less extent other vertebral regions up to 15%. Local pain, radiculopathy, and urinary incontinence are the usual presenting symptoms in case of Sacral Chordoma. Contrast enhanced MRI and CT are recommended studies to evaluate extent of both soft tissue invasion and displacement and bone destruction and calcification. This lesion is resistant to chemotherapy and weak response to radiotherapy make the surgical excision first line of treatment. Aggressive surgical excision and stabilization of lumbosacral spin and pelvis improve the local control in spite of risk of associated morbidity. Sacral Chordoma is reported to be poor prognosis. The optimal method for management of this lesion is debatable due to its rarity.

Aim: To present a case of Sacral Chordoma with very large local extension and sacral destruction.

Results: After tumor excision and lumbopelvic fixation, the patient still incontinent, full motor power of both lower limbs. Complete course of adjuvant radiation. And after one year follow up the patient died due to bad general condition.

Chordoma is a slowly growing locally malignant destructive neoplastic lesion. It occurs less than 5% of all bone tumors, thought to a rise embriologically from vestigial remnants of notochord, affecting mostly the midline axial skeleton. It has a preferentiality to attack sacrum up to 50%, followed by base of the skull up to 40% and to less extent other vertebral regions up to 15% [1]. Sacral Chordoma has slight male predilection, and male to female distribution is 2:1, while other vertebral and skull base chordomas are equal in both sexes and the age of presentation almost at the sixth decade [2]. It known to be locally aggressive and slowly growing, so at time of diagnosis it exhibits a considerable encroachments to the surrounding tissues, and presented as a surgical stage with anterior pelvic extension displacing the pelvic structures without true invasion due to tough sacral periosteum and presacral fascia although report of distance metastasis are exist [3,4]. Local pain and radiculopathy are the main presenting symptoms and the non-specific nature of these symptoms, help in delayed diagnosis [1]. The definitive diagnosis doesn’t occur until late course of the disease, when the tumor extend to pelvic structures compromising the bowl and bladder functions, or palpable mass felt on rectal examination and this is attributed to slow tumor growth [5]. CT and MRI are the best radiological modalities for true diagnosis, with superiority of MRI to delineate tumor extension, on CT Sacral Chordoma appear as destructive midline lobulated bone lesion with punctate calcification and extraosseous soft tissue expansion, while on MRI it typically exhibits T1 low to intermediate intensity, and T2 hyperintensity and heterogeneous enhancement on contrast enhanced MRI, also it can expand across the sacroiliac joint and the intervertebral disk [6]. Because of known resistant to chemotherapy and low resistance to standard radiotherapy, aggressive surgical excision is the cornerstone in the management of Sacral Chordomas. The goals are to remove the tumor completely and to maintain postoperative function with minimal complications [7]. Aggressive sacral excision resulted in spine pelvic dissociation and presuppose specialized spinopelvic fixation to preserve postoperative walking ability [8]. Although the degree of surgical margins has been described as the main prognostic factor for both survival and tumor recurrence, high recurrence rates are reported (range, 43%-85% of patients) [3,9].

Male patient 60 years old; Suffer from lower lumbar and sacral swelling, bilateral gluteal pain, and obstructive uropathy. Slowly progressive within the last nine months prior to presentation; Seek medical advice at oncology institute. After contrast enhanced MRI and CT lumbosacral spine, there was a large sacral destructive heterogeneous mass lesion continuous anteriorly filling the presacral region and posteriorly invading and displacing the left gluteal muscles, destructing the sacrum and intraspinal structures apart from first sacral segment. At oncology institute CT guided biopsy was done and the histopathology emerge that the lesion was Chordoma. Then the patient referred to our center for complete excision and confirmatory pathology. After thorough study of the radiological finding and clinical topography of the mass lesion and patient general condition, we decide to do posterior approach, radical excision of the lesion and reconstruction. Inverted Y-shaped incision was designed to make the whole pathology come into view from all aspects. Gross total excision was done, with concomitant posterior lumbopelvic fixation through lumbar and iliac screws. Postoperative the patient was intact motor power but still incontinent to urine on folly’s catheter then. After complete wound healing and confirmatory histopathology that emerge Chordoma the patient referred to oncology institute to complete adjuvant therapy. The patient died after one year after complete radiation therapy course due to poor general condition (Figures 1-6). Due to slow growth and very large size at time of diagnosis, Sacral Chordomas representing a therapeutic challenge and aggressive surgical excision is the cornerstone in the management. The surgical approach to Sacral Chordomas is designed according to the size of the lesion, degree of sacral destruction and involvement of, sacroiliac joints, and sacral nerve roots. Posterior approach or combined anterior-posterior approaches may be utilized. With total or near total sacral destruction, or with sacroiliac joint invasion, lumbopelvic reconstruction with instrumented fusion is recommended to preserve postoperative walking ability [8-11]. Due to the preservation of the sacroiliac joint complete surgical excision without lumbopelvic reconstruction is recommended for mid- and low Sacral Chordomas. Wound breakdown, and infection are the most frequent postoperative complication due to wide row surface area and wound closed under pressure [10]. In our case there were high sacral destruction extending to almost all sacrum, and coccyx, with preserved first sacral segment and sacroiliac joints, so we go through posterior approach and instrumented fusion was done by transpedicular screws fixation of lumbar spine, and bilateral iliac screws for lumbopelvic reconstruction. Also as the lesion was large and presented as a subcutaneous sacral mass we utilize an inverted Y-shaped incision, to get wide exposure and relaxed closure, and so avoid wound break down. Sacral Chordomas are resistant to chemotherapy and low resistance to standard radiotherapy, so the use of radiation therapy as a primary or adjuvant treatment for chordomas is controversial and effective dose that can eradicate chordomas is much higher than the tolerance dose of the Spinal cord and rectum.

It is reported that with conventional radiotherapy at dose of 40-60 Gy, only 10%-40% 5-year local control can occur [12]. In the presented case after complete wound healing the patient referred to oncological institutes and exposed to full course of adjuvant radiotherapy, and after one year follows up the patient died due to bad general condition.

Sacral Chordoma is infrequent lesion that affect male more than females. The optimal method for management of this lesion is debatable due to its rarity. Gross surgical excision is the first line of treatment. Lumbopelvic stabilization is mandatory when extensive sacral destruction exist. Sacral Chordoma reported to be poor prognosis. 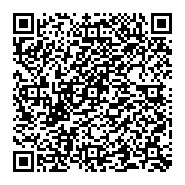