Os odontoideum (OO) is defined as an ossicle with smooth circumferential cortical margins representing the odontoid process that has no osseous continuity with the body of the C2 vertebrae. This pathology usually becomes symptomatic in the second or third decade of life. Middle-age individuals display the second highest incidence. However, the discovery of an OO in elderly individuals over the age of 67 years is rather scarce and has been confined to only 11 recorded cases. Here in the authors present a new symptomatic patient possessing an OO who is elderly.

Os odontoideum (OO) or separate odontoid; is a well-known pathology that was described for the first time in the 19th century. The term OO is of a Latin origin and is composed of Os (bone) and odontoideum (tooth-like) [1-4].

This pathology is mostly diagnosed in children and young adults, although its discovery in the middle aged individuals is not infrequent [1-9]. Rarely, the condition might be diagnosed incidentally or in conjunction with a neurological deficit within the elderly [10,11]. A careful review of several case series has further supported this fact. To demonstrate an example, the age of 38 individual patients reported by Fielding et al. [1] ranged from 3 to 65 years with an average age of 18.9 years. In their report, 30 out of these 38 patients were diagnosed in the first three decades of life, fourteen patients were in the first; seven, within the second; and nine, within the third. Furthermore, of the 134 patients with Os odontoideum who had undergone surgery by Menez, the age of the patients ranged from 4 to 58 years without a single case within the geriatric population [3]. 102 of these 134 were below the age of 16 years. The same was noted in a case series of 37 patients with OO published by Spierings et al. [2] in 1982 in which the age of patients ranged from 6 years to 62 years; with an average age of 38. Moreover, in 12 patients reported by NI et al. [6] in 2010, the age of patients ranged from 14 to 56, again none were elderly. Finally, only one out of 270 patients with Os Odontoideum reported by Zaho et el. [7] was above the age of 70 years and was not without any detailed clinical information. However, in the review of 10 patients reported by Zhang et al. [8] in 2010 and 17 patients described by Haque et al. [9] in 2009, none were elderly.

In a thorough and exhaustive review of the literature, we could find only eleven elderly patient examples with a diagnosed OO [10,11]. Therefore, we present the 12th known example of a symptomatic, free-floating Os odontoideum patient, who was successfully managed through the utilization of a C1-C2 screw- rod fixation and subsequent arthrodesis.

A 76-year old man was admitted due to a self-reported pin prick sensation in all four limbs and a mildly unsteady gait for six months in duration. His neurological examination revealed mild quadriparesis with hyperactive reflexes, a positive Hoffman’s sign, and an equivocal planter response. Cervical MRI was the first diagnostic tool in which an Os odontoideum with a mild cervicomedullary compromise and myelopathy were suspected (Figure 1). Dynamic cervical radiographs confirmed a reducible atlantoaxial dislocation due to a free floating Os odontoideum (Figure 2). Sagittal reconstructed computerized tomography scans demonstrated an orthotopic Os odontoideum (Figure 3). Despite his relatively mild presentation, he was accurately regarded as a high-risk patient. This was in large part due to his past medical history which included a myocardial infarction, decreased ejection fraction, and a concomitant diagnosis of diabetes. Taking into account the steady progression of his neurological dysfunction, a C1-C2 screw rod fixation was advised and accepted by the patient and his close relatives. For this purpose, initially C1 lateral mass screws and C2 bilateral translaminar screw were inserted. Then, C1-C2 screws were connected with a rod on both sides. Thereafter, the nuts were fully tightened once the odontoid could be placed at its normal locus just above the axis (Figure 4). Subsequently, the decorticated arches of atlas and axis were covered with allograft chips mixed with a bone marrow aspirate. The patient’s postoperative course was uneventful and he was discharged after a few days of recovery. Lateral and AP cervical X-rays obtained postoperatively demonstrated all screws within their respective positions (Figure 5). Thereafter, telephone follow-up encounters for a further four years indicated that he was doing well and displayed no new or previously reported symptomatology. In his 84th year he suddenly died because of a massive myocardial infarction. Os odontoideum is a relatively rare anomaly which is usually diagnosed in the first three decades of life [1-9]. Detection of this pathology in middle aged individuals is also not infrequent. However, its discovery in an elderly aged patient is considered very rare. An extensive review of all pertinent literature including several case reports and 19 case series by Rahimizadeh and Habibi in 2011, disclosed only ten elderly aged patients with a diagnosed Os odontoideum [10]. By adding one more case by the aforementioned authors, the total number of elderly patients with Os odontoideum reached eleven cases. In a careful resurvey of the literature from 2011 to 2018, our research team could identify only one more such case of symptomatic OO which was reported by Graillon et al. [11] in 2012. There exists a considerable debate within the literature regarding the etiology of Os odontoideum with sufficient evidence for both the congenital as well as the acquired post-traumatic causalities [12-18]. The clinical picture of OO is classified into two main groups; symptomatic and asymptomatic. A minority of patients with OO might remain asymptomatic throughout their lives and may only be diagnosed incidentally following other anomalies [4,10]. In symptomatic examples, the clinical features of this particular pathology either in isolation or concomitantly; will point to the correct diagnosis of OO. These symptoms may include neck pain, progressive quadriparesis due directly to cervicomedullary myelopathy that itself is secondary to atlantoaxial instability, and vascular insults which are secondary to the tortuous vertebral artery kinking or a thrombosis [4] All such findings are hallmark features of a correct diagnosis.

There is little-debate that symptomatic patients with Os odontoideum who harbor the clinical or radiographic features of a spinal cord compression or vertebral artery insufficiency should undergo corrective surgery [4,10]. Surgical stabilization in those with stand-alone neck pain is advocated only in the presence of atlantoaxial instability.

The role of surgery in asymptomatic patients whose Os odontoideum had been discovered incidentally had previously remained rather controversial. Obviously, there exist a definitive difference between asymptomatic cases without instability and those with atlantoaxial instability [4,10]. The dispute continued until the majority of authors began advocating for surgical intervention in patients with evidence of an instability that was visualized during dynamic flexion extension lateral cervical radiographs [5]. However, treatment in asymptomatic cases with stable atlantoaxial joints continues to be is controversial and highly debated within medical literature [4,5,10,19]. In the past, many authors advocated for no treatment in cases of asymptomatic stable OO. According to their belief, the risk of an operation was supposed to be significantly higher than the risk of a sudden dislocation and the possible neurological injuries that can occur during daily life.

However, with respect to all of the literature which contains several case reports in which a patient with Os odontoideum has suffered a spinal cord injury and even death following a minor trauma, some authors are highly in favor of prophylactic surgeries in high-risk patients. This is in spite of the fact that solidly predictive factors for deterioration in the asymptomatic patient have not yet been identified. These authors maintain that the patients susceptible to high energy traumas such as football players, professional drivers, mountain climbers, windows cleaners should undergo prophylactic surgery. Other Indications for surgical stabilization may be the existence of an OO, an OO in association with occipital and cervical pain alone or in combination [4,5,10]. Other factors that determining the need for stabilization in asymptomatic cases including C1-2 instability, any associated deformities, and image-confirmed spinal cord compressions.

The surgical management in symptomatic cases which possess reducible or irreducible atlantoaxial instability is quite different [20]. In an Os odontoideum with a reducible atlantoaxial dislocation (RAAD), the stated goal of surgical interventions should be aimed towards a C1-C2 fixation. This has evolved gradually from posterior wiring in the beginning to C2-C1 transarticular fixation [20-25]. More recently, interventions involve C1 lateral mass-C2 pedicle screw fixation or Harms technique [26,27]. The alternative options of Harms, such as C2 pedicle–atlas hook, C2 translaminar screw-C1 lateral mass screw and translaminar C2–atlas hook clawing has also shown to act as a strong construct for atlantoaxial fixation [6,18,28]. The management of irreducible cases (IAAD) will require either a sophisticated releasing maneuver followed by a C1-C2 fixation, or a combination of a odontoidectomy and an occipitocervical fixation that includes a C1 arch laminectomy [29-32]. As the final step, arthrodesis is quite mandatory. Autogenous bone graft is a resourceful material to achieve a strong fusion. However, recent studies have shown that allograft augmented with bone marrow aspirate can compete with the former for effectiveness [18,33].

The outcomes of the elderly with cervicomedullary myelopathy due to OO depend on the severity of the myelopathy and its duration. Less severe myelopathies with shorter durations indicate better results following surgery as opposed to more chronic cases.

OO is an extremely rare condition in the elderly and with consideration given to our current case, only twelve such occurrences have been reported within medical literature. The general belief is that geriatric patients with stable OO should be followed periodically under close physician supervision rather than have them undergo surgical interventions. However, when considering the susceptibility of this age group to frequent falls in which severe spinal cord injury may occur as the case of Graillon et al has clearly demonstrated, prophylactic fixation might be the most appropriate option. However, management of unstable OO in the elderly should continue to be a surgical intervention with a C1-C2 fixation. For this purpose, applications of different fixation techniques are possible and the outcome can be compared with that of RAAD secondary to OO in younger age groups. In those patients whose lives can be hampered because of serious comorbidities, wearing a hard collar might prevent or perhaps slow the progressive course of the detrimental myelopathy.

The authors appreciate Miss Mona Karimi and Alireza Mojtahed for providing the possibility to review the literature carefully. 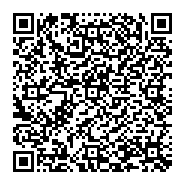