The Effect of Alcohol Abuse on Sleeplessness and Sleep Interruption

Disturbed sleep is a common complaint in medical settings. For example, in the Medical Outcomes Study, 16% of persons reported severe insomnia and 34% reported mild insomnia over the prior 4 weeks, and a substantial proportion of the remaining 50% of the sample reported symptoms of sleep disturbance. At two-year follow-up, 59% of persons with mild insomnia and 83% of patients with severe insomnia still had sleep problems. Insomnia has been associated with subsequent morbidity and mortality, in addition to causing or worsening somatic symptoms that contribute to qualityof- life decline [1].

Chronic insomnia is generally defined as difficulty initiating or maintaining sleep for a period longer than three weeks. Briefer periods of sleep disturbance are most often stress-related or due to acute illness. Insomnia frequently has a mix of contributing causes, and clinicians need to assess psychological (e.g., depression and anxiety), medical (e.g., pain and obstructive sleep apnea), and lifestylerelated (e.g., caffeine consumption) risk factors [2]. Substance use problems underlie approximately 10–15% of chronic insomnia. Of adult Americans, as many as 70% drink alcohol, and half of these experience an alcohol-related problem at some point in their lives. These problems are likely to be more prevalent among the 10% of Americans who drink alcohol daily.

Historically, alcohol has been used as a sedative. However, recognition of the complexities of the relationship between alcohol and insomnia is important for several reasons. Sleep disturbance may be a sign of alcohol abuse or dependence. As such, clinical alertness to insomnia as a symptom of alcohol problems might facilitate timely intervention. Sleep disturbance is common among patients in remission from alcohol use disorders, and understanding this relationship may help clinicians assist patients in recovery. Recognition of alcohol problems among insomniacs might also lead clinicians to alter their treatment of sleep complaints, limiting, for example, their use of sedative-hypnotic agents. An estimated 10 million people consult health care practitioners for sleep disorders. Our goal is to assist providers in recognizing the clinical significance of alcohol use in persons who also have sleep disturbance. Therefore, this review outlines: (1) alcohol’s effect on normal sleep, and the response to its use by persons with sleep disturbance; (2) the epidemiological evidence linking alcohol use and sleep disorders; (3) the mechanisms whereby alcohol disturbs sleep; and (4) the association of alcohol use, psychiatric disorders, and sleep.

Sleep consists of two states: rapid eye movement (REM) and non- REM sleep (NREM). Non-REM sleep is divided into four stages. Stage 1 is the lightest stage, from which it is easiest to arouse the sleeper and stage 2 is intermediate. Stages 3 and 4 are referred to as slow wave sleep or delta sleep per electroencephalogram (EEG). Sleep typically begins with stage 1 sleep, and progresses to deeper stages of NREM sleep when entry into the first period of REM sleep occurs. REM and NREM sleep then alternate in approximately 90-minute cycles. The states of sleep are homeostatically regulated such that deprivation of REM sleep leads to pressure to enter REM and is accompanied by a rebound increase in REM once begun. Similar effects are observed after slow wave sleep deprivation [3].

Alcohol is commonly used as a sleep aid–that is, an agent for initiating sleep. Alcohol consumed in the evening has generally predictable effects on REM sleep, slow wave sleep, and sleep time and continuity, but effects on sleep latency (time to fall asleep) are more variable

Alcohol’s inhibition of REM sleep has been observed since the 1960’s (12) in normal subjects who ingested high doses within an hour of bedtime, although these REM inhibition effects are less consistent with lower alcohol doses. REM reduction becomes less pronounced with continued alcohol use, but a REM rebound often appears with alcohol cessation. Slow wave sleep increases after moderate to high bedtime alcohol use, but the effect of lower doses on slow wave sleep is again less certain. Slow wave sleep effects diminish with repeated nights of alcohol consumption [4].

Alcohol can have either a stimulating effect that increases sleep latency (time to fall asleep) or a sedating effect that induces sleep, depending on dose and the interval from drinking to bedtime. Stimulating effects are noted at low doses and as blood alcohol levels rise, usually in the first hour after use. In contrast, sedating effects occur at high doses and as blood levels fall. Interestingly, few studies have focused on the stimulant properties of alcohol, which may not only relate to insomnia but to the vulnerability to alcohol use problems over time. Late afternoon drinking, as much as six hours before bedtime, also disrupts sleep, even though alcohol is no longer in the brain at bedtime. This phenomenon suggests a relatively longlasting change in sleep regulation.

Alcohol is perceived to be a convenient, cost-effective and low risk hypnotic, and two studies have addressed such self-treatment in general population samples. In these studies 15–28% of subjects used alcohol to help them sleep. Two-thirds of those who use alcohol for sleep do so for less than a week at a time, but 15% used alcohol for more than 4 weeks. Males are 1.37 times as likely as females to use alcohol as sleep aid. Each higher quartile in level of difficulty falling asleep was increasingly associated with alcohol use for sleep. In another study, 67% of persons who complained of insomnia and reported using alcohol to help them sleep felt it was effective . Those who used alcohol as a sleep aid had a higher mean daytime sleepiness after adjusting for level of insomnia, total sleep time and sociodemographic factors [5]. This finding is consistent with laboratory studies that report alcohol quickly loses its effectiveness as a hypnotic, while retaining its sleep disturbing properties. While experts suggest that hypnotic effects of bedtime alcohol decrease with chronic use and may lead to greater late night sleep disturbance, only one study has characterized the effects of alcohol on the sleep of persons with insomnia. This report included twenty subjects, 11 with disturbed sleep for at least a year, and 9 controls, who were moderate social drinkers (< 14 drinks/week) and reported no other drug use. Subjects completed assessments of sleep and mood after controlled drinking over multiple nights. Persons who reported previous use of alcohol as a hypnotic had higher nightly laboratory self-administration. 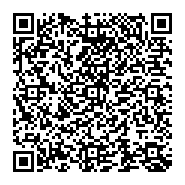