The Primary Interosseous Meningeoma: A Rare but Fascinating Entity

Primary interosseous meningeomas are rare. They account for less than 1% of the total number of meningeomas seen today. We present a case of a swelling on the scalp as a result of recurrent trauma, which was ignored but gradually increased to a size of 5 cms. Imaging showed an interosseous lesion extending onto
the convexity dura of the right frontal lobe but not invading the underlying brain. The tumor was completely excised with a wide margin and a bone cement cranioplasty was done to cover the defect. Follow up after 6 weeks showed no recurrence of the tumor. Histopathology revealed that the lesion was a grade 1 meningioma. A review of relevant literature along with a discussion of possible differential diagnoses is provided as well

Accounting for about 1%-2% of all meningeomas, the primary interosseous meningioma is a rare entity [1]. Their presentations vary significantly from lying partially or completely in the bone, to site (either in the calvarium or base of skull) and even pathophysiology (osteolytic or osteoblastic). They may involve the bone, surrounding dura, soft tissue (in skull base tumors), and in some cases, the galea and scalp as well [2]. Another variant is the en-plaque meningioma or carpeting lesion, which is seen over the convexity dura in the calvarial bones primarily. Due to the extremely rare presentations of these tumors, they are usually missed and considered as metastatic tumors, or primary bone tumors. We present a case of a large intraosseous meningioma with a peculiar history.

A 35-year-old female patient presented with history of recurrent trauma to the same spot on the anterior aspect of the right frontal bone. The traumatic events were trivial in nature with localized swelling over the effected area, which would subside after a few days. The relatives noticed no loss of consciousness, vomiting, seizures or altered behavior patterns after any of the incidences.

After the last traumatic incident, the patient noticed that the swelling over the scalp was not decreasing in size but gradually progressing with a dull aching pain. No features of raised ICP were present. There were no localizing signs, or deficits. The swelling itself was firm to hard with well-defined margins and uniform consistency.

MRI and CT scans of the swelling showed a mass present within the diploic cavity of the right frontal bone extending into the space from the frontal convexity dura. There was no evidence of brain invasion or compression. The tumor did not have a large calvarial base often associated with bony lesions of the calvarium (Figure 1 and Figure 2). Figure 1: Pre-operative CT Brain: Right Parietal bone showing a diploic mass extending through the inner table into the intracranial space eroding the bone, yet with associated hyperostosis as well. After a thorough preoperative work up, the patient was taken up for surgery and the tumor along with a 2 cm osseous ring was excised with excision of the affected dura as well (Simpson Al-Mefty grade 0 excision). The defect in the dura was closed with a pericranial flap duroplasty and the bone defect was closed with a bone cement cranioplasty. Post procedure, the patient improved well and was shifted to the ward for mobilization (Figure 3). She has hence been discharged after suture removal and has been seen regularly on follow up. No clinical or radiological evidence of recurrence has been noticed since.

Masses seen to emanate from the calvarium or bones of the skull base, are uncommon. The differentials would include metastasis, primary bony lesions, and other more common entities before the interosseous meningioma.

Calvarial metastasis is the most common bony tumor seen [3]. Common sites of primaries include breast, thyroid and prostate [3]. Tumors are frequently seen in the diploic cavity and expand the bony cortices. They may be osteolytic or osteoblastic depending on their tissue of origin. These tumors however are invasive entities, involving the scalp, skin, and galea, and may even enter into the dura and brain. The tumors are also extremely vascular with large angiogenetic sinusoids siphoning blood from nearby arteries [3]. While the location was similar to our case, there was no evidence of invasion of the surrounding structures or reactionary oedema. The lesion appeared benign with well-defined margins.

Primary bony tumors of the calvarium such as osteomas and osteogenic sarcomas are rare in the calvarium [4]. Although frequent traumatic injuries can give rise to an osteoma, it like other bony lesion is benign with no invasion of surrounding structures and essentially sclerotic with moderate to poor vasculature. Osteosarcomas are rare with severe pain and other malignant indicators not seen in our case.

Dermoids and Epidermoids are also seen over sites sustaining frequent trauma, but are tumors of the soft tissue, which may over time invade bone. Hence the probability of our tumor being a dermoid was considered as low [5]. Other lesions such as hematomas owing to the traumatic past were dismissed as there was no evidence of fractures of bleeds after the incidents.s

Interosseous meningiomas though rare were a possibility owing to their appearance on MRI and the benign nature of the tumor. Various characteristics of the tumor are considered debatable.

The dural attachment is not seen in most. Bassiouni et al. [3] suggested that 86% of dural attachments are seen intra-op and can be proved pathologically, but are missed in scans. But Hoye et al. [5] have stated that these lesions are devoid of any attachment to dura or skull base foramina. He called them ‘Ectopic meningiomas’ to highlight the lack of a dural attachment.

The origin of these lesions is again unclear. Crawford et al. [4] suggested that repeated trauma traps arachnoid cap cells and bits of dura in the suture line which then grows into a meningioma. Others have suggested the existence of Diploic arachnoid cells rests that are stimulated by a variety of inputs such as trauma to proliferate. None such cell rests have been shown histologically to exist so far.

Osteoblastic meningiomas are seen more often than osteolytic types. Crawford et al. [4] suggested and increased association of high grade meningiomas with osteoblastic subtypes (60%) as compared to osteolytic types. The association of other bony diseases such as Paget’s disease of bone, Fibrous dysplasia may contribute to a higher grade. 22% recur after surgery and have a high mortality (36%) [6].

Due to the varied presentations and the infrequent occurrence, an open mind and close follow up must be maintained in the treatment of interosseous meningeomas. Low-grade lesions with a good excision do well. A higher mortality and morbidity are associated with higher grade lesions especially in the presence of bone dysplasia. 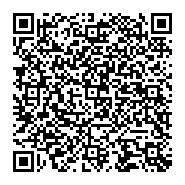