Objective: The primary objective of this study was to determine psychological consequences of the hybrid warfare on the civilian population of Ukraine.
Method: Two hundred forty two workers of the Slavyansk thermal electrical power station were assessed over a period of one month, after the cessation of military operation in Slavyansk and Nikolayevka (Donetsk region, the Eastern part of Ukraine) with the Mississippi Scale for Civilian (CMS) Posttraumatic Stress Disorder (PTSD).
Results: Females showed increased PTSD with a higher mean CMS score than males (84.32, SE=1.70 and 71.86, SE=0.96 respectively, p<0.001) and a higher frequency of average level of adjustment disorders (59.34% and 28.48% respectively, p<0.001). In terms of symptoms, hyperarousal (2.34 ± 0.06 points) dominated among women and avoidance (2.06 ± 0.03 points) among men. Both genders expressed low levels of guilt and suicidal behavior.
Conclusion: This study provides an insight into the psychological consequences faced by Ukrainian civilians as a result of military conflict in the Eastern part of the country.
Significant outcomes: The healthcare services of Ukraine need to be more prepared to provide psychological and medical care for its civilian population suffering from psychological consequences and PTSD, the intensity of which is much more pronounced in females.
Limitation of the study: Most traumatized civilians (with manifested disorders of the social functioning) dropped out from the study, as it was performed only for those workers of the Slavyansk Thermoelectric Power Station (TEPS) who were attending their job during the military intervention. The administration of the TEPS organized an evacuation of people from the enterprise just before military intervention (nobody was killed immediately on the territory of the TEPS for its significant destruction). Female workers of the TEPS were evacuated from Nikolayevka along with their children. These circumstances allowed us to suppose that needs for an individual psychological, psychotherapeutic and psychiatric care may be substantially higher as compared with the needs observed during this investigation. There were no structured or semistructured clinical interviews performed in this study, which explains uncertainty regarding the extent to which self-reported symptoms would match clinical diagnosis. A checklist of psychological consequences applied in a war context will not offer a rigorous distinction between subjective distress and objective disorder. 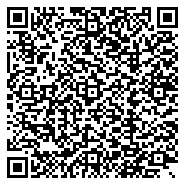