The Role of Bedside Transthoracic Echocardiography, Ultrasound as a Guide in Myocardial Dysfunction after Abortion: A Case Report

The use of bedside echography has been growing and growing in the last years since it has proved its utility and efficacy. Echocardiography and lung ultrasound are common tools in the normal practice of many ICU where its accuracy helps physicians to make decisions. We present the utility of these in the current report.

Sedation was performed with propofol and alfentanyl in bolus. Spontaneous ventilation and hemodynamic stability were maintained during the first part of the procedure. At the end of curettage, severe bradycardia (HR 25/min) was registered and treated with atropine 0.6 mg (0.01 mg/kg), however without a return in normal rhythm. Monomorphic ventricular extra-systole (VES) and then ventricular bigeminy and short episode of ventricular polymorphic tachyarrhythmia appeared. An amiodarone bolus of 300 mg was administrated and VES, which were present after atropine, stopped and curettage could be finished. Once the intervention was finished, a decrease in SpO2 until 80% and NIBP until 64/36 mmHg were registered.

Initial POCUS exam and lung ultrasound (LUS) were performed, all clinical findings, blood tests and explorations are summarized in Table 1, a cardiogenic shock situation was assumed and dobutamine infusion (10 μg/kg/min) was started with initial slightly response, but it had to be withdrawn due to severe tachycardia (140/min) and refractory hypotension. Initiation of norepinephrine infusion was necessary (0.4 μg/kg/min) to maintain adequate blood pressure.

Taking in account that LVOT does not change in the same patient in a short period of time (unless in the case of aortic aneurysm), we can simplify the calculation and estimate CO as:

Taking in account this, we understand and use VTI as a sufficient value to follow-up short-term changes and assess stroke volume and haemodynamic changes.

Figure 2: B lines on lung base.

To assess the hemodynamic state, in our ICU we are using a “mindmap” flow chart (Figure 3) that catalogues the hemodynamic pattern attending to the VTI and LV filling. We got VTI<17 cm therefore we had to asses LV filling about LV preload and contractility and we could discard hypovolemic shock (absence of collapsible IVC or obstructive shock (normal right ventricle function) and we could discover lung B lines and elevated cardiac filling pressures understanding these findings as fluid overload risk. Regarding to LV contractility we observed an altered contractility (global decrease) and concluded that a cardiogenic shock with overload fluid risk was the cause of the haemodynamic instability. After that Intravenous dobutamine infusion of 10 μg/kg/min was restarted, keeping norepinephrine at the same rate. Immediately, an increase in contractility was observed.

LVOT VTI was 15.8 cm; CO 4.42 L/min (HR 89/min), CI 3.71 L/ min/m2 (Figure 4). Regarding to avoid fluid overload, diuretics were used to get a negative fluid balance as one of our goals. A 12 lead ECG showed non-specific findings (sinus tachycardia, QTc 520 ms). Troponin I (TnI) plasmatic values were mild increased. After 24 hours, the ultrasound assessment was repeated and according with our mind-map dobutamine could be stopped with VTI 18 cm (>17), but was need to maintain Norepinephrine infusion for hypotension and it was taken out after 48 hours with an uneventful weaning.

Control TTE by a cardiologist 72 hours after admission revealed slightly reduced overall motility secondary to diffuse involvement, left ventricle with normal size and thickness, valves without alterations. The control ECG 24 hours after which showed sinus rhythm, HR 100/min, normal PR, QTc 402 ms and negative T waves in V1-V2 derivations. The patient was haemodynamically stabilized and vasoactive drugs could be stopped. Patient was extubated and the treatment was now based on β-blockers and neutral-slightly negative fluid balance.

Furosemide in order to maintain neutral fluid balance was required. The patient was sent home a week later. Cardiac magnetic resonance imaging (CMR) was performed 4 weeks after admission with only non-specific findings (Figure 5).

We want to add that, the patient was properly informed and accepted to collaborate and sign the consent to authorize us to share and publish the clinical case and all the associated imaging.

Takotsubo cardiomiopathy (TTC) is also referred to as stressrelated cardiomyopathy, apical ballooning syndrome or “broken heart” syndrome. In 2014 diagnostic criteria for Takotsubo were revised [3]. Takotsubo is defined by transient hypokinesis, akinesis or dyskinesis of the left ventricular mid segments, with or without apical involvement, with regional wall motion abnormalities extending beyond a single epicardial vascular distribution. A stressful trigger is often, but not always, present. Further, absence of obstructive coronary artery disease or angiographic evidence of acute plaque rupture is required and also new electrocardiographic abnormalities (ST-segment elevation and/or T-wave inversion), or modest elevation in TnI levels. Pheochromocytoma or myocarditis must be absent [4,5]. This syndrome has a female predominance [3], with women accounting for 80%-100% of cases in several reports.

In this case, once hypovolemia was discarded we oriented the case as severe myocardial dysfunction and cardiogenic shock which required immediate haemodynamic and respiratory support, the diagnose of shock may be difficult at the Emergency Department but the early evaluation with ultrasound allows to the likely diagnostic approach. The differential diagnosis of TTC includes acute myocardial infarction (AMI), myocarditis, and cardiac valve disease. The clinical presentation can start with chest pain (53%-71%), dyspnoea (7%- 20%), syncope (8%) and acute pulmonary oedema, cardiogenic shock and potentially lethal ventricular arrhythmias can appear, therefore, the need to have available diagnostic tools to accurately differentiate between the diagnostic possibilities has more and more interest. In our case, ECG in the first phases showed non-specific findings, increase of TnI levels were only mild and valve function in the TTE exam showed non-significant findings.

TTC was one of the possibilities, the patient accomplish several criteria for TTC diagnosis, dyskinesia not only according to vascular distribution, T wave inversion although in initial ECG was not observed, only mild elevation in TnI levels up to 3.4 ng/ml. TTC may be primary (without identifiable stressful triggers) or secondary (surgery, general anaesthesia induction, neurological conditions such as stroke or subarachnoid haemorrhage, other medical conditions, use of medications – epinephrine, nortriptyline, venlafaxin-) which cause sudden activation of the sympathetic nervous system, rising in catecholamine levels and precipitate an acute Takotsubo syndrome as a complication of the primary condition or its treatment [6]. Signs of pheochromocytoma or myocarditis were not present in our patient accomplishing the requirement of both entities to be absent.

The cardiac catheterization for a diagnosis of TTC was added in 2014 [3]. However, according to some case reports this may be not necessary for some patients depending on the clinical course and if laboratory and echocardiographic findings are typical and favourable. In our case, we consulted the cardiology department who considered not necessary to perform it as she was a young patient without cardiovascular risk factors. We know about the diagnostic limitation of this fact and for us it would have been interesting to rule out coronary lesions. In any case, with all these clinical findings, outcomes and having discarded most differential diagnosis possibilities TTC was a very likely diagnose for our case.

We observed LV septal and anterolateral hypokinesis initially we thought that it was because ischemia of the anterior descending artery territory, typical of myocardial stunning in anteroapical AMI but after we observed a global decrease in contractility, we would be facing with an atypical variant of TTC.

The “mind-map” flow chart (Figure 3) we introduced before and which we use in our ICU has become a great and practical tool which helps the physician to simplify haemodynamic assessment and management with great results. The efficacy of using ultrasound in patients with undifferentiated cause of hypotension and shock has been demonstrated by a few similar prospective studies [7,8].

LUS examination can be used as a simple method to assess pulmonary interstitial fluid and alveolar oedema [9], all the measures are also called echo-haemodynamic because the examiner should be able to evaluate left and right ventricular function and volemic status [10]. Regarding intravascular volume status, the early detection of fluid overload could offer the opportunity to induce a negative fluid balance using diuretics before organ damage occurs [11]. Appropriate fluid administration guided by clinical predictors of fluid responsiveness must be weighed against the risk of inducing fluid overload [12]. The adverse effects of overdosing fluids on organ function are now documented and might be responsible for significant morbidity in critically ill patients [13].

Doppler echocardiography provides an estimation of stroke volume and hence cardiac output using the calculation of VTI of the subaortic blood flow and the area of the duct crossed by this flow does not change over time (Figure 6) [14]. Therefore, we only included VTI in the algorithm.

Figure 6: The area of the sub-aortic tract does not change over time, it is sufficient to follow short-term changes in VTI in order to assess changes in stroke volume, VTI 12 cm, 4 chamber.

Regarding transmitral filling [15], E wave (early diastolic filling) and A wave (contraction of left atrium). When calculating E/A ratio (Figure 1) the filling pressures of the left ventricle are estimated. The E/A ratio was 3.5 concomitant with right atrial septal deviation. Usually, if this ratio is greater than 2, means elevated left atrial pressure and severe diastolic dysfunction.

Once we had known that there were elevated filling pressure and altered contractility, the algorithm showed the worst form of acute heart failure, cardiogenic shock which although it is infrequent in TTC its incidence reaches 12.4% [4]. The management of this situation includes not only the use of inotropic or vasopressor agents but also the need of avoiding fluid overload.

The use of ultrasound eases the management not only of this TTC syndrome but any haemodynamic instability situation or cardiac dysfunction at any age [18]. Continuous learning in ultrasound examinations and training programs for non-cardiologist physicians to reach competence in critical care ultrasound is possible and very important [19]. The use of echocardiography and LUS to identify and assess haemodynamic status allows us to carry out the management of a wide assortment of situations, using the most appropriate drugs or the combination of them, as well as follow-up our patients to obtain the best feedback of our performances. The clinical situation of our patients goes hand in hand with the ultrasound outcomes that we find and they are the window which we have to look through. 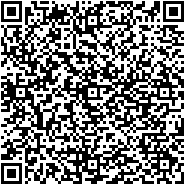