Treatment of Obesity-Related Hypertension and Diabetes

Overweight, obesity, Diabetes Mellitus (DM), and hypertension epidemics all raise the risk of Chronic Renal Disease (CKD). According to a 2016 meta-analysis by Hill et al., the global prevalence of stage 3 CKD–5 CKD was 10.6%. Unfortunately, many people go untreated until they are diagnosed with End-Stage Kidney Disease (ESKD) and require Renal Replacement Therapy (RRT). Dialysis and Kidney Transplantation (KT), which is more effective, are included in RRT. When compared to dialysis patients, Kidney Transplant Recipients (KTRs) have a better quality of life and a better prognosis; nevertheless, when compared to healthy people, KTRs have a three- to five-fold higher Cardiovascular Risk (CVR). A healthy 20-year-old European will live for another 62 years, but KTRs will only live for 44 years. Cardiovascular Disease (CVD) is the leading cause of death in KTRs, which is caused by a combination of standard and non-traditional risk factors. Lipid diseases, obesity, diabetes, hypertension, hyper homo cysteineemia, and smoking are all traditional risk factors that apply to the whole population. Inflammation, oxidative stress, uremic toxins, calcium-phosphorus imbalances, dietary deficiencies, lipoprotein (a), and Asymmetric Dimethyl Arginine (ADMA) are examples of non-traditional risk factors.

Dialysis patients have similar risk factors, but they are far more severe. A dialysis patient who has had a successful transplant has a lower risk of cardiovascular disease, although not as low as healthy people. Immuno suppressants, glucocorticosteroids, and CKD development all have an impact on CVR in KTRs. Clinically stable KTRs made up the study group. The vintage of the transplants was 69.0 months. There were no surgical or infectious problems associated with the KT in any of the patients. There was no allograft rejection as well. All of the patients were treated with triple immunosuppressive therapy in the outpatient Transplantation Unit at the Medical University of Gdansk's Department of Nephrology, Transplant ology, and Internal Disease (glucocorticosteroids, calcineurin inhibitor, mycophenolate mofetil).A total of 23 healthy volunteers made up the control group. The medical records were used for the rest of the clinical data. The Independent Bioethics Committee for Scientific Research at the Medical University of Gdansk gave its approval to this study. The clinical and research activities were in accordance with the Principles of the Istanbul Declaration on Organ Trafficking and Transplant Tourism, as defined in the Istanbul Declaration on Organ Trafficking and Transplant Tourism. Statistical 13.3 for Windows was used to conduct the statistical analysis. All data is displayed as a mean, standard deviation, or median. Student's t-test (for parametric data) and U Mann-Whitney Rank Sum Test were used to compare the groups (for non-parametric data).

The nonparametric measure of statistical dependency between two variables was Spearman's correlation. Stepwise multiple regression analysis was used to assess independent associations between variables; it involved building a model that included all potential explanatory variables and then gradually eliminating variables to maintain the model with the highest coefficient of determination while maintaining the significance of the parameters. P 0.05 was considered statistically significant in all of the analyses. The link between ADMA, FGF-23, nutritional, and biochemical markers among KTRs and the control group was investigated in this study. BMI, body composition, and a 7-point SGA were used to assess nutritional status. Many KTRs were overweight and obese, according to the findings of prior research conducted in bigger populations. Excessive body weight affects around 40% of KTRs, while nearly two-thirds of the patients in this study were overweight or obese. Furthermore, when compared to healthy participants, KTRs had significantly higher body fat contents. Obesity increases the likelihood of graft function degradation, such as glomerular hyper filtration, lipotoxicity, and altered adipose tissue secretion, as well as CVR. Despite their increased body weight, 36.2 percent of patients were moderately/slightly malnourished, according to the 7-point SGA. When compared to the control group, biochemical indicators of nutritional status such as albumin and prealbumin were considerably lower in the KTRs. According to Sezer et al., 23.4 percent of KTRs were moderately/slightly malnourished, while 10.6 percent were severely malnourished.

ADMA is formed by the proteolysis of proteins containing methylated arginine, and it interferes with endothelial function by decreasing phosphorylation of arterial Endothelial Nitric Oxide Synthase (eNOS). It's a marker for endothelial damage and atherosclerosis progression, and its increased levels are linked to CVR. KTRs had considerably greater ADMA concentrations and poorer eGFR than healthy volunteers in this investigation, which has been observed in earlier studies. Due to abnormalities in its urine excretion, impaired renal function causes an increase in plasma ADMA levels. KTRs were separated into two groups based on their ADMA concentration (ADMA 0.66 mol/L vs. ADMA >0.66 mol/L). This divide was determined based on Frenay et al. analysis which assessed the chance of mortality to be 686 KTRs. During the threeyear follow-up period, 12% of patients died and 7% lost graft function, which was characterized as a new requirement for dialysis or transplantation. The group of patients with ADMA >0.66 mol/L had the highest risk of death. In this study, ADMA levels more than 0.66 mol/L were linked to reduced eGFR, albumin, and prealbumin levels, as well as higher levels of oxLDL, hsCRP, and FGF-23 in transplant recipients. Higher ADMA levels were linked to DM. In a separate study, ADMA was linked to peritoneal dialysis patients' nutritional health. There has been no research on the link between ADMA and nutritional status in KT patients. 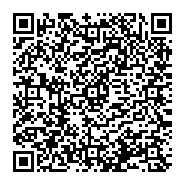