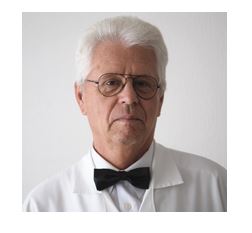 Journal of Pulmonary Medicine (PMJ) is an Open Access, online Journal dedicated to disseminate most reliable source of information on clinical studies and therapeutic advancements on pulmonary conditions and diseases, affecting lungs (Respiratory Medicine/Thoracic Medicine). The Journal aims to promote current research developments on pulmonology research pertaining to the anatomy, physiology, and pathology of the lungs encompassing the causes, diagnosis, prevention, treatments and medical procedures of diseases affecting lungs and breathing.

Journal of Pulmonary Medicine mainly focuses on the following areas, but not limited to:

Any article pertaining to Pulmonology will be considered. Review processing is performed by the editorial board members of Journal of Pulmonary Medicine or outside experts; at least two independent reviewers approval followed by editor approval is required for acceptance of any citable manuscript. Authors may submit manuscripts and track their progress through the system, hopefully to publication. Reviewers can download manuscripts and submit their opinions to the editor. Editors can manage the whole submission/review/revise/publish process.

The lungs are organs of the respiratory system that allow us to take in and expel air. The body contains two lungs, of which one is positioned on the left side of chest cavity and the other on right side.The process of breathing in and out is known as ventilation. In the breathing process, the lungs take in oxygen from the air through inhalation. Carbondioxide produced by cellular respiration is in turn released through exhalation.

Pediatric Pulmonology is treating children with lung or breathing problems. It deals with the breath of life in all its aspects like  control of breathing, sleep disorders, obstruction to airflow in the common diseases of upper and lower airways such as croup, bronchiolitis, asthma, cystic fibrosis, and bronchopulmonary dysplasia; restriction to lung function from disorders affecting the chest wall, the musculature, the nervous system, or lung tissue itself; congenital anomalies and so on.

Respiratory disease is a medical term that encompasses pathological conditions affecting the organs and tissues that make gas exchange possible in higher organisms, and includes conditions of the upper respiratory tract, trachea, bronchi, bronchioles, alveoli, pleura and pleural cavity, and the nerves and muscles of breathing. Respiratory diseases range from mild and self-limiting, such as the common cold, to life-threatening entities like bacterial pneumonia, pulmonary embolism, and lung cancer. The study of respiratory disease is known as pulmonology. Common respiratory disorders include: Chronic Obstructive Pulmonary Disease, Chronic Bronchitis, Emphysema, Asthma, Pneumonia.

Lung diseases are some of the most common medical conditions in the world. A number of diseases adversely affect lung function. Some impact the airways or lung tissues directly while others impede normal breathing by transforming structures around the lungs. Smoking, infections, and genetics are responsible for most lung diseases.Diseases that can affect the airways include: Asthma, COPD, Chronic Bronchitis, Acute Bronchitis, Cystic Fibrosis.

The pleura is a thin tissue covered by a layer of cells that surrounds the lungs and lines the inside of the chest wall. The pleural space is the area between the lungs and the chest wall. Many different conditions can cause pleural problems which leads to pleural disorders like pleurisy, pleural effusion, pneumothorax, hemothorax.

Pulmonary neoplasm is an abnormal growth in the lung, commonly known as a tumor. Neoplastic growths are the product of unchecked cellular reproduction and may be either benign or malignant. Primary lung neoplasms are rare in children. Amongst the malignant pulmonary lesions in children, secondaries from osteosarcomas are more commonly encountered.

COPD is a type of obstructive lung disease (airway obstruction) characterized by long term poor airflow. It can cause coughing that produces large amounts of mucus, wheezing, shortness of breath, chest tightness and other symptoms.

Exposure to dust in the workplace is associated with a variety of pulmonary and systemic illnesses. Occupational diseases are often thought to be uniquely and specifically related to factors in the work environment. These are group of diagnoses caused by the inhalation of dusts, chemicals, or proteins. “Pneumoconiosis” is the term used for the diseases associated with inhaling mineral dusts. Pneumoconiosis means “dusty lungs.” These can include chronic obstructive pulmonary disease and mesothelioma.

A lung transplant is a surgical procedure to replace a diseased or failing lung with a healthy lung, usually from a deceased donor. Depending on the medical condition, a lung transplant may involve replacing one of the lungs or both of them. In some situations, the lungs may be transplanted along with a donor heart. While lung transplants carry certain associated risks, they can also extend life expectancy and enhance the quality of life for end-stage pulmonary patients.

PH is an increase of blood pressure in the pulmonary artery, pulmonary vein, or pulmonary capillaries, together known as the lung vasculature, leading to shortness of breath, dizziness, fainting, leg swelling and other symptoms.