Whose Job is it Anyway?

Whose Job is it Anyway?

Cardinal Roger Mahoney, in his 1998 letter “Creating a Culture of Life” states, “any society, any nation, is judged on the basis of how it treats its weakest members- the last, the least, the littlest”. Child abuse by consensus is a scourge on the moral fabric of society, a violation of one of the cardinal values of a civilized people- our veneration for life. Over the past two decades, rates of child maltreatment have steadily increased, even as our understanding of the precursors to the phenomenon has grown in sophistication. Of particular concern are rates of fatal child abuse, which persist despite the institutionalization of child protection systems in most industrialized countries. 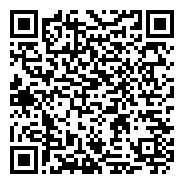