The objective of this study was to design and optimize polymeric microspheres of flurbiprofen (FLB) with ethylcellulose (EC) and hydroxypropyl methylcellulose (HPMC) using response surface methodology. EC and HPMC were taken as independent variables whereas; the dependent variables were % drug release at pH 1.2, 4.5 and 7.4. FTIR spectra and TGA showed no significant difference between drug and polymers. DSC and XRD studies exhibited molecular dispersion of FLB within microspheres. Contour plots were drawn to predict the relationship between dependent and independent variables. Both polymers revealed their significant effects on drug release that followed the zero order which was further verified by the lowest values of Akaike information criterion. The mechanism of drug release followed super case II type of drug release. This study helped unraveling the influence of two factors on in-vitro drug release and thereby, proposed an appropriate sustained drug release formulation. 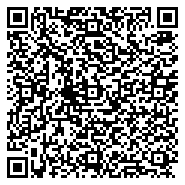