We are proud to announce the commencement of the “7th World Congress on Chemical Engineering and Catalysis” which is going to be held during July 22-23, 2020 Florence, Italy, with the theme: “Exploring the design, optimization and control of chemical and industrial systems”.

A chemical market forecast quantifies expectations of future fundamentals like supply, demand and trade flows. The Northwest European chemical market outlook in that respect is challenging as the sector is facing major challenges. One of the main challenges is that a new competitive environment is taking shape by either the rise of state-owned chemical companies in the Middle East, emerging chemical giants in Asia and chemical companies in the US that take advantage of the low-cost production environment.

Chemicals in the bulk petrochemicals and intermediates are primarily made from liquefied petroleum gas (LPG), natural gas, and crude oil and their sales volume is close about to 30% of overall basic chemicals. Polymers, the largest revenue segment at about 33% of the basic chemical’s dollar value includes all categories of plastics and man-made fibres. The major markets for plastics are packaging related small-large scale industries, followed by home construction materials, containers, appliances, pipe, transportation, toys, and many more. Inorganic Chemicals which is about 12% of the revenue output which makes up the oldest of the chemical categories. The fertilizers are the smallest category (about 6%) and include phosphates, ammonia, and potash chemicals. And, there are many small-scale industries which contribute their share to the chemical world by around 5%, and many agricultural units’ fertilizers are also contributing for around 1%. 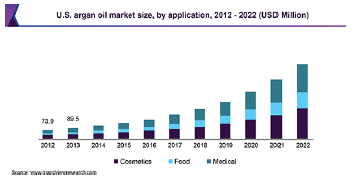 For the past few years, mergers and acquisitions have been a hallmark of chemicals companies’ growth strategies and to fulfill the increased demand of the Population around the world. There are the many industries which are doing the megadeals for their total Profit share in which tens of billions of dollars exchange hands among brand-name companies such as Linde–Praxair, Dow–DuPont, Syngenta–Chem China, and Monsanto–Bayer. If we look at the graph there is shift which we can get best illustrated by looking at deal statistics. In 2017, the size of deals in the chemicals industry fell by around 66% from the year before and the average acquisition price tag was just US$136 million, 53% below the three-year average of $292 million. Yet despite of these numbers, there were total 909 chemicals deals in 2017, which is 6% more than in 2016. 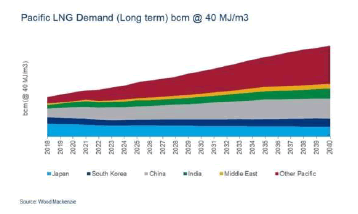 The global specialty oil, gas and chemical market is anticipated to grow about a CAGR of 5.30% over the forecast period of 2019-2027. The market revenue is expected to grow from 2018 to 2027. The major drivers for the growth of chemical and Oil Market are increasing popularity of eco-friendly products, economic growth in the APAC regions, growing focus on sustainability and surge in research & development expenditure of specialty chemicals. The rising awareness regarding environmental concerns all over the word is also aiding to shift the consumer preference towards environmentally friendly products. Italy - with a turnover of about 52 billion Euros in 2016 - represents the third main producer of chemicals in Europe. Almost 3 thousand companies are active in the sector employing about 108 thousand people. Being a country with a strong industrial basis, Italy represents a large market for chemicals accounting for about 59 billion Euros. For many products Italian market ranks even second in Europe. The country can take advantage from its positioning in the centre of Mediterranean. Because of these reasons, many chemical foreign owned companies have decided to place here their strategic basis to manage operations in Southern Europe. The total global shipments of chemicals and chemical products represent trillions of dollars annually and are represented by the industries in practically every country of the world. There can be no argument that 2010, punctuated by pricing volatility and uncertainty, has proven a pretty tricky year for the petrochemical industry. 2011 is one of the difficult years to forecast for some time, particularly following the marked recovery in the industry's fortunes in 2010. While global recession and higher than forecast demand particularly in China have brought the low-cost Middle Eastern product in to Europe.