As there is need for eradication of polymers, there is increase in growth of industries for Biopolymers.

Biopolymers have found wide acceptance in various industries, on account of its distinguished environment

There is an increase of 20% (approx.) in the production of biopolymers products and Bioplastics per

during the forecast period of 2015 to 2020. The biomaterials market is expected to witness the highest growth

rate in the Asia-Pacific region, with emphasis on India, China, and Japan. The high growth in India and China

can be attributed to rising cosmetic and plastic surgeries in India, lucrative medical device industry and new

Stakeholders of the Biomaterials Market

• Suppliers and distributors of biomaterials

As per a report by Industry ARC on the global polymers market, its size in 2018 was evaluated to be staggering $666.6 billion in the year 2018. This market is foreseen to experience a noticeable growth with a compound annual growth rate (CAGR) of 5.1%. The global polymers market is getting majorly disrupted by biopolymers- one of the world’s most organic compounds. The categorization of biopolymers is largely dependent on its end-user industry. This market enjoys a varied number of end-users including some promising ones such as pharmaceutical, healthcare, and food and beverage industry. In the medical industry, biodegradable polyesters are extremely useful in manufacturing surgical implants. And in the food and beverage industry, biopolymers are primarily used for manufacturing cellophane sheets that are massively utilized for food packaging.

In the year 2018, the global biopolymer market experienced noticeable growth, which is why its evaluated size was at $12 billion. During the forecast period of 2019-2025, the biopolymer market will undergo an outstanding growth with a CAGR of 19%.

Biopolymers simply are polymers that are obtained from living organisms and are completely biodegradable. Some common examples of biopolymers include proteins, carbohydrates, DNA, RNA, lipids, nucleic acids, and peptides. Since these are composed out of living beings, they are completely neutral towards carbon and can be easily recycled or renewed. Biopolymers do not create any carbon dioxide pollution because crops absorb the CO2 emitted by them instead of getting released in the atmosphere. There are four different kinds of biopolymers- sugar based biopolymers, cellulose based biopolymers, synthetic based biopolymers, and natural polymers. The European Biomass Industry Association in its namesake continent has made several efforts to increase the usage of biopolymers in the market. Their efforts have paid off since it is reflected by Europe’s 2018 share in the global biopolymer market, which stood at 55%.

According to analysis done by Colin Campbell, co-founder of the Oil Depletion Analysis Centre in London, around 944 billion barrels of oil has been extracted in human history. And only 764 billion reserves are yet to be extracted from. These statistics are alarming as humans are not far away from a time when they will have to completely depend on a world without oil. Depletion of petroleum reserves is providing necessary impetus to the global biopolymers market as companies are under pressure to innovate, invest, and invent.

Ø Increasing use in the Pharmaceutical industry for Biomedical applications

Biopolymers are now being credited with their extensive use in the pharmaceutical industry for healing of wounds of any shape, size, or depth. Some common biopolymers such as gelatin, chitosan, pectin, and alginate are used in the production of hydrogels and which help in creation of a moist environment for wounds which are dry. These biopolymers are also being used for wound dressings. These factors are acting as esteemed growth drivers for the global biopolymer market.

A significant issue for the biopolymer market is the amount of initial investment required in production of the product. Key market players are trying to combat this challenge by establishing joint ventures with agricultural companies in order to develop symbiotic relationships for growth of biopolymers market.

Sigma-Aldrich is a Missouri based company that specializes in biotechnology and production of polymers. They have developed a series of natural polymers and biopolymers which include adhesion proteins, carbohydrates and starches, cellulose, chitosan, dextrans, gelatin, collagen, lignins, and polyamino acids.

Since biopolymers market is a nascent one, it is experiencing immense innovation.

This is a type of biopolymer that is procured from carbohydrates including potatoes, maize, rice, tapioca, and others. This starch is mixed with polymers such as polyethylene and PLA to develop 100% biodegradable products. Key market players have termed this final product as ‘eco-alloy’ as this is an amalgamation of two products that benefit the environment and disrupt the global biopolymer market.

Polyhydroxyalkanoates or PHAs are naturally occurring polyesters produced by several organisms primarily by bacterial fermentation of lipids or sugar. PHA’s introduction in the biopolymer market has been highly effective as they are used in production of around 100 different products and have helped break barriers in the food packaging industry.

The base year of the study is 2018, with forecast done up to 2025. The study presents a thorough analysis of the competitive landscape, taking into account the market shares of the leading companies. It also provides information on unit shipments. These provide the key market participants with the necessary business intelligence and help them understand the future of the Biopolymers Market. The assessment includes the forecast, an overview of the competitive structure, the market shares of the competitors, as well as the market trends, market demands, market drivers, market challenges, and product analysis. The market drivers and restraints have been assessed to fathom their impact over the forecast period. This report further identifies the key opportunities for growth while also detailing the key challenges and possible threats. The key areas of focus include the types of cheese in the Biopolymers Market, and their specific applications in different areas.

According to a report by IndustryARC on the worldwide polymers advertise, its size in 2018 was assessed to be amazing $666.6 billion in the year 2018. This market is predicted to encounter an observable development with a compound yearly development rate (CAGR) of 5.1%. The worldwide polymers advertise is getting significantly disturbed by biopolymers-one of the world's most natural mixes. The order of biopolymers is to a great extent subject to its end-client industry. This market appreciates a shifted number of end-clients including some encouraging ones, for example, pharmaceutical, social insurance, and nourishment and drink industry. In the restorative business, biodegradable polyesters are incredibly helpful in assembling careful inserts. What's more, in the nourishment and drink industry, biopolymers are fundamentally utilized for assembling cellophane sheets that are enormously used for nourishment bundling.

In the year 2018, the worldwide biopolymer advertise experienced recognizable development, which is the reason its assessed size was at $12 billion. During the conjecture time of 2019-2025, the biopolymer market will experience an extraordinary development with a CAGR of 19%.

Biopolymers, basically are polymers that are gotten from living creatures and are totally biodegradable. Some regular instances of biopolymers incorporate proteins, sugars, DNA, RNA, lipids, nucleic acids, and peptides. Since these are made out of living creatures, they are totally unbiased towards carbon and can be effectively reused or reestablished. Biopolymers don't make any carbon dioxide contamination since crops assimilate the CO2 produced by them as opposed to getting discharged in the air. There are four various types of biopolymers-sugar based biopolymers, cellulose based biopolymers, manufactured based biopolymers, and characteristic polymers. The European Biomass Industry Association in its namesake landmass has tried a few endeavors to build the utilization of biopolymers in the market. Their endeavors have paid off since it is reflected by Europe's 2018 offer in the worldwide biopolymer showcase, which remained at 55%.

As per investigation done by Colin Campbell, prime supporter of the Oil Depletion Analysis Center in London, around 944 billion barrels of oil has been removed in mankind's history. Also, just 764 billion stores are yet to be extricated from. These measurements are disturbing as people are not far away from when they should totally rely upon a world without oil. Consumption of oil holds is giving vital driving force to the worldwide biopolymers advertise as organizations are feeling the squeeze to advance, contribute, and concoct.

Ø Increasing Use In The Pharmaceutical Industry For Biomedical Appications

Biopolymers are presently being credited with their broad use in the pharmaceutical business for recuperating of injuries of any shape, size, or profundity. Some normal biopolymers, for example, gelatin, chitosan, gelatin, and alginate are utilized in the generation of hydrogels and which help in production of a damp situation for wounds which are dry. These biopolymers are additionally being utilized for wound dressings. These variables are going about as regarded development drivers for the worldwide biopolymer showcase.

A huge issue for the biopolymer showcase is the measure of beginning venture required underway of the item. Key market players are attempting to battle this test by building up joint endeavors with agrarian organizations so as to create harmonious connections for development of biopolymers showcase.

Sigma-Aldrich is a Missouri based organization that represents considerable authority in biotechnology and generation of polymers. They have built up a progression of common polymers and biopolymers which incorporate grip proteins, sugars and starches, cellulose, chitosan, dextrans, gelatin, collagen, lignins, and polyamino acids.

Since biopolymers showcase is a beginning one, it is encountering enormous development.

This is a sort of biopolymer that is secured from sugars including potatoes, maize, rice, custard, and others. This starch is blended in with polymers, for example, polyethylene and PLA to create 100% biodegradable items. Key market players have named this last item as 'eco-composite' as this is an amalgamation of two items that advantage the earth and disturb the worldwide biopolymer advertise.

Polyhydroxyalkanoates or PHAs are normally happening polyesters created by a few living beings basically by bacterial aging of lipids or sugar. PHA's presentation in the biopolymer showcase has been profoundly powerful as they are utilized underway of around 100 distinct items and have helped break boundaries in the nourishment bundling industry.

The base year of the examination is 2018, with conjecture done up to 2025. The investigation exhibits an intensive examination of the aggressive scene, considering the pieces of the overall industry of the main organizations. It additionally gives data on unit shipments. These furnish the key market members with the fundamental business knowledge and assist them with understanding the eventual fate of the Biopolymers Market. The evaluation incorporates the gauge, a diagram of the

Graphical analysis of Biopolymers and Bioplastics 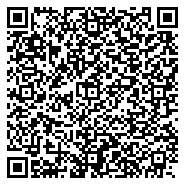