Inflammatory Myofibroblastic Tumor (IMT) and Inflammatory Myofibroblastic Sarcoma (IMS) are uncommon in the Head and Neck region. We present a patient (9 yrs old girl) with IMT from a lacrimal system, undertaking a gross total resection at the department of Ophthalmology, followed by corticosteroid therapy and radiotherapy. After cessation of radiotherapy, the tumor recurred rapid growth rate with the expansion into the entire globe, left paranasal sinuses, and the ipsilateral masseter space and parotid gland. The second surgery with resection of all abovementioned infiltrated structures was performed at the department of Head and Neck, and the pathological outcome turns out to be IMS. However, negative margin could not be achieved. Next generation gene sequencing analysis of whole exome was performed, and the abnormality of CDKN1B gene rearrangement was identified. The role of CDKN1B in the pathogenesis of IMS warrants further investigation.

Inflammatory Myofibroblastic Tumor (IMT) is a distinctive neoplasm composed of myofibroblastic and fibroblastic spindle cells, accompanied by inflammatory infiltration of plasma cells, lymphocytes, and eosinophils [1]. IMT was initially described in the lung and various extrapulmonary sites such as the orbit, palatine tonsil, ear, gingiva, pterygomaxillary space, and periodontal tissues [2,3]. The IMT is of essence not inflammation but instead a neoplastic process, and previous studies have revealed gene rearrangement or fusion in ALK or ROS [4,5]. However, the concrete etiopathogenesis of IMT is still unclear. Although crizotinib was reported to be sensitive for some IMT with definite ALK gene rearrangement, there were still percentage of patients (about 40%) showed no ALK genetic abnormalities [6].

The inflammatory myofibroblastic sarcoma (IMS) was considered to be an advanced progression of the IMT [7]. However, the rapid recurrence and invasiveness of IMS makes the treatment a great challenge.

In the present study, we report a 9 y old girl with IMT arising in the lacrimal system, whose tumor grows rapidly and infiltrates into the adjacent structures after cessation of radiotherapy, and the ultimate pathology turns out to be the IMS.

The patient was a 9-year-old girl who came to the department of Ophthalmology due to the swelling of the left lacrimal cyst. On CT scan, the lesion mainly located at the lacrimal cyst and no obvious radiographic aggressive features (Figure 1). A biopsy was performed and was consistent with the diagnosis of IMT with positive expression of ALK, Desmin, CK, Vimentin and P53 by immunohistochemistry (Figure 2, Ki-67 index: 20%). A gross total resection was performed at the department of Ophthalmology, followed by corticosteroid therapy (prednisone 20 mg daily for five weeks) and radiotherapy with a dose of 48 Gy.

Figure 1: On axial (A) and coronal (B) CT scans, the lesion mainly located at lacrimal region (A, B, arrows).

However, one week after the cessation of the radiotherapy, the tumor regrowth rapidly. The invasiveness into the left eyeball was identified and the vision of the left side was lost. Moreover, the lesion became extremely painful to the patient and she was unable to sleep as a result. In addition to the left eyeball, the lesion infiltrated multiple adjacent structures including the left paranasal sinus, the skin of the face, masseter muscle and masseter space, and parotid gland was encroached by the tumor (Figure 3).

Figure 3: On CT (A) and MRI (B) scans, the lesion grows rapidly and extended into the ipsilateral deep facial space (A, B, arrows).

The patient subsequently consulted to the department of Head and Neck for further treatment, and radical surgical resection with involvement of the left paranasal sinuses, left maxillary bone, zygomatic arch, facial skin, left parotid gland and the branches of the facial nerve were performed (Figure 4). The pathologic results showed obvious adjacent tissue invasiveness with positive expression of Desmin, SMA, S-100, CK and Vimentin by immunohistochemistry examination, which ultimately turned out to be the EIMS (Figure 5, Ki-67 index: 30%). However, the negative margin could not be achieved (ascertained by intraoperative frozen sections), and the tumor continue to expand. The young girl died at 7 months after the second surgery due to the intracranial invasion.

Moreover, the family was amenable to next generation gene sequencing of the whole exome from the frozen tissue and the blood leukocyte DNA, and the CDKN1B rearrangement was identified. However, both the ALK and ROS gene abnormalities were not affected.

IMT and IMS are uncommon, especially rarely occurred in the upper aerodigestive tract [1]. Previous studies have been done to investigate the etiopathogenesis and optimal treatment strategy of IMT and IMS [7]. However, the prognosis of both the IMT and IMS are very poor due to the rapid recurrence and high invasiveness, and the mortality caused by IMT and IMS even higher than the malignancies of the same region [2,3].

Based on previous studies by the method of general pathologic examination and immunohistochemistry investigation, the inflammatory pseudotumor, IMT and IMS are considered to be a consecutive process and increasingly aggravated [5,8]. The inflammatory pseudotumor was considered to be inflammatory origin and was sensitive to corticosteroid therapy. However, as described in previous studies [5,7], the IMT had little or no response to corticosteroid therapy, and the similar phenomenon could also be detected in this patient.

By methods of molecular biology such as FISH, RT-PCR and gene sequencing, about 60% of IMT patients showed ALK or ROS gene abnormalities [9]. As about 50% of IMT and 100% of IMS contain activating rearrangements of the ALK gene, targeted kinase inhibition of ALK by compounds such as crizotinib is a potential treatment option [10]. Despite that the ALK antibody was positively expressed at the 1st surgery, it could not be detected after the 2nd surgery. Moreover, the young girl present in this study showed negative expression of ALK or ROS gene abnormality, and only CDKN1B gene rearrangement was identified. To the author’s knowledge, this is the first time that the CDK gene rearrangement was identified in patient with IMS. However, whether or to what extent the CDKN1B gene participated in the pathogenesis of IMS still deserves further investigation.

The IMT has the potential to convert into the IMS [10]. Given that the lesion presented rapid growth and strong invasiveness after cessation of radiotherapy, and the ultimate outcome turns out to be IMS. The conversion of an IMT originated in lacrimal system into the IMS with infiltration of the entire eyeball, masticator muscle (and space) and the parotid gland was rare. Moreover, whether the radiotherapy or corticosteroid will aggravate the growth pattern of the IMT or turn its essence into the IMS are not clear as well. However, there are few reports to support this idea.

IMT and IMS in essence are a neoplastic process, and the etiopathogenesis is unclear. IMT arising in lacrimal cyst with the extension to the ipsilateral masseter space and parotid gland is exceedingly rare. In this study, we see the process of conversion from an IMT to IMS, and the duration takes less than 5 months. Radiotherapy might activate the growth and invasiveness pattern of IMT with the potential of conversion into an IMS as observed in this case.

The CDKN1B gene rearrangement was first discovered in patient with IMS. However, the concrete mechanism of CDKN1B in pathogenesis of IMS deserves further investigation.

We thank the corporation of My Geno for the assistance of the gene sequencing analysis. 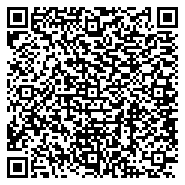