In the present study, we present anionic self microemulsifying drug delivery system (SMEDDS) of DTX for long circulation comprising of ethyl oleate, Tween-80, propylene glycol and dimethyl acetamide. The anionic charge was induced by including two different anionic surface active agents Sodium oleate and Gantrez AN-119 which localized at the oil water interface as evident by the negative zeta potential of -16mV and -26mV respectively. Hemolysis <15% exhibited by SMEDDS confirmed safety for intravenous administration. Intravenous administration of formulations at dose equivalent to 2.5 mg/kg DTX revealed comparable pharmacokinetics of SMEDDS and Gantrez SMEDDS with the marketed formulation. The Sodium oleate containing SMEDDS however revealed a 2 fold increase in half life and significantly lower Vd and clearance confirming circulation longevity as compared to other formulations. In vitro cytotoxicity in A549 cell line (human alveolar cell line) revealed maximum cytotoxicity with minimum IC50 shown by SMEDDS containing sodium oleate. Furthermore, significant increase in DTX uptake due to sodium oleate SMEDDS in A-549 cell line suggested superiority of the sodium oleate SMEDDS, both in circulation longevity and possible enhanced efficacy. 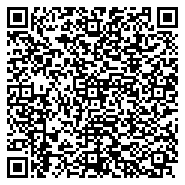