Long haul resistant recuperation in more seasoned patients given hematopoietic cell transplantation after non-myeloablative molding remains ineffectively comprehended. This provoked us to examine long haul lymphocyte reconstitution and thymic work in 80 patients given allogeneic fringe blood foundational microorganisms after nonmyeloablative molding. The perception that late resistance in more established patients primarily relies upon mature T cells contained in the unite has significant ramifications since it proposes that drawn out safe capacity after HCT may be impacted by procedures of in vitro or in vivo T cell consumption of the join in these patients. Examination of long haul safe recuperation in more seasoned patients given PBSC after Alemtuzumab based decreased force molding would be especially fascinating to affirm this speculation. Molding regimens cause tissue harm in the skin, yet this doesn't bring about a neighborhood increment of enacted APC. As opposed to the aggravated circumstance in GVHD, when communication happens between enacted APC and benefactor T cells, the tissue harm brought about by myeloablative alloSCT brings about dermal enrollment of HLA class II-positive tissue fixing macrophages coinciding with expanded quantities of patient and contributor determined T cells, however without indications of explicit connection and commencement of a safe reaction. Consequently, the nearby skin harm brought about by the molding routine gives off an impression of being lacking as single variable to incite GVHD enlistment. The ideal routine power before allogeneic Hematopoietic Cell Transplantation (HCT) is obscure. We theorized that lower Treatment Related Mortality (TRM) with Reduced Intensity Conditioning (RIC) would bring about better Overall Survival (OS) contrasted and Myelo ablative Conditioning (MAC). To test this theory, we played out a stage III randomized preliminary contrasting MAC and RIC in patients with intense myeloid leukemia or myelodysplastic conditions.

There are no limitations on places for detailing information, with the exception of those expected by the law on quiet assent, information classification, and exactness. Contrasted with HLA indistinguishable matched kin giver and matched irrelevant benefactor grown up hematopoietic cell transplantation beneficiaries, quantitative lymphoid recuperation in UCB transplantation beneficiaries is more slow in the initial 3 months, however these distinctions vanished by months after transplantation. Heredity explicit chimerism studies are regularly acquired at a few time guides after nonmyeloablative hematopoietic cell transplantation toward evaluate the rhythm and level of engraftment, and to screen join dismissal. For patients who get myeloablative transfers, the worth of successive chimerism investigations utilizing touchy sub atomic methods is less sure. In this review, a review examination was performed to survey the transfer result of grown up patients with ALL who had chimerism investigations of unfractionated BM cells or fringe blood subsets performed roughly 80 days after transplantation. These patients got unmanipulated, myeloablative transfers utilizing either HLA indistinguishable or HLA jumbled, related or inconsequential contributor undeveloped cells. Fragmented contributor engraftment was available just in the fringe blood T cells in a little level of patients. There was no relationship of blended chimerism in with relocate result. Schedule day chimerism concentrates on in this gathering of patients who get serious; myeloablative molding regimens are not suggested. Since the collection of incidentally extended memory T cells is restricted, thyme subordinate developments is significant for enhancement of the T cell collection and reinforcing host guard against microbes and even repeat of danger.

Half of the current patients were included in the original training set used to develop the HCT-CI. Because no direct comparisons of outcomes on the basis of comorbidity scores were made, inclusion of these patients was not thought to bias the comparison of outcomes on the basis of conditioning regimen intensity. Survival curves and probabilities were estimated according to the Kaplan-Meier method, whereas cumulative incidence curves and probabilities for NRM were estimated as described. Multivariate Hazard Ratios (HRs) for NRM and survival outcomes were estimated from Cox regression models, treating NRM and relapse or progression of malignancy as competing risks where appropriate. Adjusted survival curves were estimated based on methods described by makuch. Briefly, the adjusted survival curve for the nonmyeloablative group represented a model based projection of survival for a group of patients with the same baseline hazard function as estimated for those patients, but with the covariate characteristics of the myeloablative group. These estimates were derived from Cox regression models incorporating the adjustment factors as covariates and stratified on conditioning group. Adjusted cumulative incidence curves were estimated by applying the same adjustment procedure to the component cause-specific survival functions and then computing the cumulative incidence curve in the usual way. We adjusted the previous comparisons for indolent versus aggressive diseases and found no change in the association between conditioning intensity and any of the outcomes. We also evaluated the interaction between indolent versus aggressive diseases and conditioning intensity. Efforts are needed to risk-stratify patient care and determine the optimal conditioning regimens for individual patients with lymphoid malignancies. Our results of this retrospective study suggest that increased conditioning dose intensity does not lower relapse rates but does result in higher NRM, particularly among patients with comorbidities. Nonmyeloablative compared with myeloablative patients with HCT-CI scores of 1 or more gained additional statistical significance after adjustment for pretransplantation differences, in particular age, suggesting that young patients with comorbidities could further benefit from nonmyeloablative conditioning. The authors thank data coordinators Gary Schoch, Chris Davis, Jennifer Freese, and Heather Hildebrant and study nurses Mary Hinds, John Sedgwick, Michelle Bouvier, and Joanne Greene for their invaluable help in making the study possible. Bonnie Larson, Helen Crawford, Karen Carbonneau, and Sue Carbonneau provided assistance with manuscript preparation. We also thank all the transplantation teams of the Seattle Cancer Care Alliance. The marrow transplant is given by a central venous catheter into the bloodstream after the chemotherapy and/or radiation has been given. Placing the marrow into the bone is not a surgical process, although it is equivalent to receiving a blood transfusion. The stem cells enter the bone marrow and begin to reproduce and form new, healthy blood cells. The cumulative incidence of neutrophil and platelet engraftment of the study cohort was compared to that of a cohort of 95 allogeneic peripheral blood stem cell transplant recipients treated during the same period of time and who received similar conditioning and graft versus host disease prophylaxis.

These patients received transplantation concurrently with the study group, as to control for supportive care and standard management practices of the time. Although eligible for the study, these patients were not enrolled for various reasons, including declining participation in the clinical trial, lack of insurance approval for participation, or managing physician preference. This control group had comparable diseases, underwent similar conditioning regimens, and received the identical graft versus host disease prophylaxis. Hematopoietic growth factor support was not routinely administered in either group. 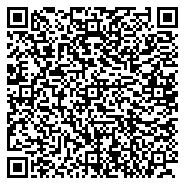