Bupropion with Linezolid: A Review

Introduction: Linezolid (Zyvox) is an antibiotic, which belongs to the class of oxazolidinone. FDA approved it in 1998 to treat gram-positive drug-resistant enterococcus, staphylococcus, and pneumococcus infections in adults (MRSA and VRE). Bupropion (Welbutrin) is a medication primarily used as an antidepressant and smoking cessation aid. FDA first approved it in 1985. Both these medications are well known for causing serotonin syndrome when combined with serotonergic agents or administered along with tyramine-rich foods. Case: A 50-year old male patient was admitted to the hospital with right leg cellulitis and was treated with linezolid. The patient also had a history of depression and anxiety and was stable on bupropion for the past two years. Our C and L team was consulted for medication reconciliation and possible drug-drug interaction. On an extensive literature search, we came across just one case of hypertensive crisis when treated with linezolid and bupropion simultaneously. Hypertensive crisis from other confounding factors is unknown. We recommended continuing the prescribed bupropion on the patient along with his linezolid medication after explaining the risks and benefits. The patient completed his treatment and there were no symptoms suggestive of serotonin syndrome or hypertensive crisis. Conclusion: Bupropion was continued in a patient who was simultaneously treated with linezolid and pt completed the treatment without any symptoms of serotonin syndrome or hypertensive crisis. However, clinicians should be vigilant about drug-drug interactions and should make decisions on a case by case basis.

Linezolid (Zyvox) is an antibiotic, which belongs to the class of oxazolidinone. It was approved in 1998 by the FDA to treat gram-positive drug-resistant enterococcus, staphylococcus, and pneumococcus infections in adults (MRSA and VRE). Linezolid disrupts bacterial growth by inhibiting the initiation process through protein synthesis, 23S RNA. It is also a nonselective, reversible, weak MAO inhibitor. This increases the levels of dopamine, serotonin, and norepinephrine in the body, which in turn increases the potential for drug-drug interactions, food-drug interactions, and side effects.

Bupropion (Welbutrin) is an antidepressant, which is a relatively weak inhibitor of the neuronal uptake of nor epinephrine and dopamine and does not inhibit monoamine oxidase or the re-uptake of serotonin [5]. Bupropion is used to treat depression, ADHD, smoking cessation, seasonal affective disorder. Bipolar (depression phase) and anxiety associated with depression.

We are presenting a case who was admitted to the hospital with right leg MRSA positive cellulitis for which linezolid was started. The patient also had depression and anxiety, which was well controlled with the help of bupropion. The C and L team was consulted for possible risk of drug-drug interactions and switching to other antidepressants.

We recommended continuing the medications, as there is not enough evidence to support, though there is a possible drug-drug interaction. Our patient was stable on meds and agreed to continue on bupropion after explaining the risks and benefits of continuing it. We offered emergent interventions to treat hypertensive crisis or serotonin syndrome, should it happen and the patient did well.

A 50-year old male patient was admitted to the hospital with right leg cellulitis, post skin graft surgery due to a motor vehicle accident. The cellulitis was not getting better, multiple antibiotics were tried and eventually, linezolid was recommended. Patient has a history of depression and anxiety and was stable on bupropion for the past two years. Our C and L team was consulted for medication reconciliation and possible drug-drug interaction. On an extensive literature search, we came across just one case of hypertensive crisis in which the patient was treated with linezolid and bupropion simultaneously.

According to FDA, linezolid has a total number of 4829 adverse events reported since 1998 while bupropion has 8076 events since 1988. 690 deaths were reported for linezolid and 3566 deaths were reported for bupropion. For linezolid, the total events, reported for drug interactions were 211 (4.4% of the total). The number of cases with serotonin syndrome reported was 137 cases (2.86% of the total cases reported) out of which serotonin syndrome reportedly caused 16 deaths (11.6%). In addition, there were 6 cases of hypertensive crisis and 3 cases of neuroleptic malignant syndrome (NMS) (Figure 1) [6]. 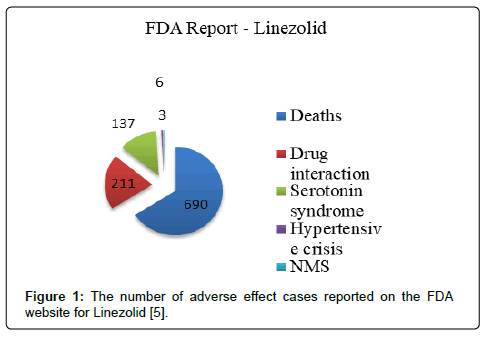 Figure 1: The number of adverse effect cases reported on the FDA website for Linezolid [5]. 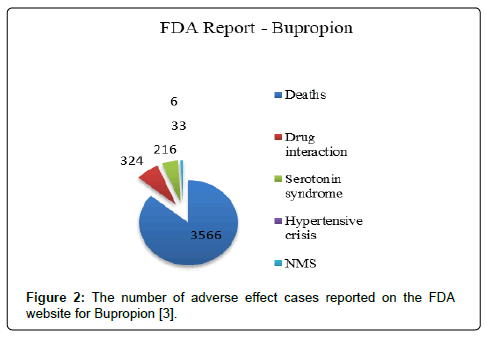 Figure 2: The number of adverse effect cases reported on the FDA website for Bupropion [3].

• Inducible clonus and agitation or diaphoresis

• Ocular clonus and agitation or diaphoresis

• Temperature above 38 degree Celsius and ocular clonus or inducible clonus

This rule has greater accuracy and we are less likely to miss the mild and moderate serotonin syndrome [7].

The key principles in managing serotonin syndrome are-Stop the serotonergic agent; provide supportive care to normalize the vital signs; sedate with benzodiazepines; administer serotonin antagonists (cyproheptadine); assess the need to restart serotonin agents after the symptoms resolve. Serotonin syndrome generally resolves in 24 hours after initiating treatment. Both mild and moderate serotonin syndrome recover within 24 hours to a few days. The time will depend on the half-life of the drug. Drugs like fluoxetine take much longer. A single serotonergic medication can be started after symptoms have resolved. MAO inhibitors have the greatest risk, and symptoms can persist for several days. Antipsychotics like olanzapine and chlorpromazine are also considered antidote for serotonin syndrome but their efficacy has not been proven and hence not recommended [4,8].

On prescriber’s digital reference (pdr.net), bupropion is contraindicated in the use of linezolid. In case linezolid has to be started on a patient on bupropion, bupropion has to be stopped immediately and the patient has to be monitored for a hypertensive crisis for 2 weeks post or 24 hours of the last dose of linezolid whichever comes first. Bupropion can be re-initiated 24 hours after the last dose of linezolid, but with our patient, he was simultaneously on bupropion and linezolid and did not develop any adverse events during the hospital stay. Pt has been doing well 3 months later on follow up visits.