Mucormycosis is an emerging disease commonly seen in diabetic and immune-compromised patients. The common presentation consists of a rapidly progressive infection with a high mortality rate while the other rare presentation is a challenging diagnosis with a chronic progression and high morbidity as was seen in this case. Rhino-orbito-cerebral mucormycosis is one of the common forms of the disease. The most common presenting feature of Chronic Rhinocerebral Mucormycosis (CRM) is ophthalmologic. The incidence of internal carotid artery and cavernous sinus thrombosis is higher in CRM patients than in those with the acute disease. Case report: We report a 53-year-old male who was presented with episodes of severe headache and symptoms of rhinosinusitis for six months. He was diagnosed and treated as an allergic fungal rhinosinusitis initially. The final histopathologic examination confirmed the diagnosis of chronic invasive mucormycosis and treated accordingly. Conclusion: Chronic rhinocerebral mucormycosis is a rare form of mucormycosis which may present with atypical symptoms. It will have catastrophic consequences if it is suspected late or misdiagnosed with other diseases with similar symptoms such as allergic fungal rhino sinusitis or a simple chronic rhino sinusitis. 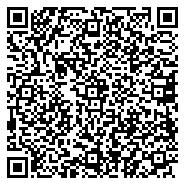