Converters in the Power Distribution Systems

Journal of Industrial Electronics and Applications primarily focuses on the topics that include but not limited. Industrial electronic systems are differentiated from other electronic systems mainly based on their application, which is usually related to industrial and manufacturing processes, while this differentiation sometimes refers to their ruggedized design and components. This is an attempt to refer both to the discrete character and the broadness of the engineering field of industrial electronics, roughly describing the orientation of the new journal, Journal of Industrial Electronics and Applications.

The Journal primarily focuses on Fault diagnosis, Fast Fourier Transform (FFT), power converters, sequence components. The reliability of power electronics converter systems (PECSs) is of paramount importance in industrial, commercial, aerospace, and military applications. Therefore, the knowledge about the fault mode behavior of a converter system is extremely important from the perspective of improved system design, protection, and fault tolerant control. Faults of power switches in PECSs are classified as Short Circuit (S-C) faults, Open Circuit (O-C) faults, and degradation faults. S-C faults in most cases cause an over-current condition that is readily detected and acted upon by standard protection systems such overcurrent, under-voltage or over-voltage protection. However, the degradation faults as well as O-C faults often do not trigger fault protection, but rather cause system malfunction or performance degradation. Since the standard protection system may not detect these fault types, their diagnoses become critical for PECSs. This paper presents new methods for fault detection, localization, and diagnosis for grid-connected power converters as well as the identification of the unbalance input voltage to the converter. The proposed fault diagnostic algorithms are verified in both; the simulation and the experimental environments in order to evaluate their robustness and effectiveness. The power converter under the study consists of three main subsystems: the three-phase uncontrolled rectifier, the boost chopper, and the single-phase inverter circuits.

Wind energy conversion systems are typical application in the power electronics converter systems (PECSs) where the effective power production is directly linked to economic benefits PECSs are highly sensitive to power switch failure. A sudden failure in one of the power switches decreases system performances and leads to disconnecting the system. Moreover, if the fault is not quickly detected and compensated, it can lead to a hard failure. Hence, to reduce the failure rate and to prevent unscheduled shutdown, real-time fault detection and isolation schemes must be adopted. The possibility of multiple faults occurring at the same instant is very low, and thus is not considered. The secondary fault as a consequence of primary fault has also been excluded from consideration because an efficient protection circuit will prevent any such possibility. Researchers investigated the fault diagnoses for the PECSs which provides a summary for the diagnostic methodologies for the O-C faults and the voltage unbalance in PECSs. Unbalance input voltage can be identified by calculating the negative sequence component of the three-phase input voltages in which the negative sequence becomes larger than its value in the balance conditions taking into consideration the noises and the non-ideal operations of the power converters. In three-phase inverters and rectifiers, the most popular methods to detect the O-C faults are the Park Vector and the slope method. Moreover, advanced techniques as fuzzy inference system and neural networks are utilized for the inverter diagnosis as well as support vector machines for the rectifier diagnosis. Finally for the DC/DC converters, the measured magnetic field is implemented as the diagnostic criterion for the O-C faults. Besides of that, the use of the gate-voltage signals for the inverter faults detection is reported in. Voltage-based approach for O-C fault diagnosis in closed-loop controlled AC regenerative drives is presented in. For multipulse cycloconverters feeding the synchronous motors, failure detection system is proposed in based on developing switching-state estimation algorithm in order to compare its output with the actual switching-state pattern so that the detection system can identify the failed switch in the converter.

The Journal of Industrial Electronics and Applications is open to a wide variety of topics and research lines. This editorial is meant to outline a possible multidisciplinary trajectory which provides different research opportunities to engineers working on Industrial Electronics topics. Cities are seen today, from the electric energy point of view, as a set of individual power loads with an unpredictable global behavior (lighting, HVAC, domestic loads and more), but because of several emerging technologies (EV, renewable energies, IoT), the increasing environmental sensitivity and the proposal of new services to citizens, this view of the city is changing drastically. The coordination of power loads to operate as a large single load, the unstoppable introduction of renewable energies in urban environments and the need for energy storage motivated by the rise of EVs are possible due to the growth of IoT. This allows cleverly coordination of every element in the city and therefore its transformation into a great power load, a great energy farm or a large energy storage system (IoE). The coordination of many small elements permits the operation as large modules. Just to mention a few of the technologies involved we can find: lighting engineering, energy storage, EV charging stations, renewable energy generators, wireless communications, control strategies for DC energy distribution, active urban furniture, grid interconnection strategies and many more. The generic denomination of C2G has been used to encompass all these different technologies. Diverse concepts and new ideas about C2G serve as the guiding thread to propose a work trajectory to this new journal. Like the Spanish poet, Antonio Machado, said: "Traveler, there is no path. Paths are made by walking".

Journal of Industrial Electronics and Applications primarily focuses on the topics that include but are not limited to control systems and applications, power and feedback electronics, electrical machines and drives, power grid monitoring and synchronization, mechatronics and robotics, sensors and actuators, systems integration, factory automation, informatics and computational intelligence, information processing and communications, signal and image processing, automotive technology, instrumentation, fault detection and diagnosis, measurement and testing, modeling and simulation, etc. An article presenting theory, or applications, or case studies, or tutorials in any of the above fields, and even more, referring to industrial applications is in principle considered appropriate for possible publication to this new journal. Therefore, beyond anything else, the usefulness of an article’s contents for industrial applications should be explicitly mentioned either the article focuses, for example, on circuit analysis, or control, or signal processing, or communications.

Journal of Industrial Electronics and Applications is welcoming high quality, unpublished, work within the abovementioned framework, while aspires to play a key role in shaping research and development in the field of industrial electronics and quickly be acknowledged by readers, achieving a high visibility for its articles. 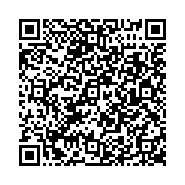