Correlation of BMI with Morbidity in Penetrating Abdominal Injuries

In adults, Penetrating Abdominal Injuries (PAI) is linked to a high rate of morbidity. There is no information on the association between BMI and the type or severity of injuries in PAI patients.
From January 1, 2003 to July 7, 2009 patients with PAI were identified through our Level I trauma center's registry. Injury mechanism, wound site, patient demographics, medical history, operation reports, and postoperative course were all included in the data. The formula wt(kg)/ht was used to compute BMI (M2).
451 patients with PAI were divided into two groups based on their BMI: 30 (obese) or 30 (overweight) (non-obese). A total of 381 participants with abdominal obesity were included in the study. 79(21%) of the participants were obese, while 302 (79%) were not. 68% of obese people had laparotomies compared to 57% of non-obese people (p=0.06). Therapeutic laparotomies accounted for 48% of the obese who underwent surgery. 65% of the non-obese underwent therapeutic laparotomies (p=0.041). Compared to 30% of the non-obese, 9% of the obese suffered liver damage (p=0.003). Vascular injuries were found in 21% of the obese vs. 5% of the non-obese (p=0.007). The incidences of diaphragmatic, gastric, splenic, renal, small bowel, and colon injuries were not significantly different. There was only one fatality on arrival among patients with a BMI of less than 30.
This is the first study to look at the relationship between PAI and BMI and laparotomy outcomes. Patients with obese have a greater rate of laparotomy and more non-therapeutic procedures. Patients who are non-obese are three times more likely to have liver damage, while those who are obese are four times more likely to have vascular injuries.

Shaftan et al. discovered in 1960 that obligatory laparotomy for Penetrating Abdominal Injury (PAI) resulted in negative findings in around one-third of patients, with high morbidity and mortality [1]. A negative laparotomy rate of 37% was seen following required laparotomy for truncal stab wounds. Improved critical care facilities, developments in interventional radiology, and increasing availability of abdominal ultrasound, Focused Abdominal Sonography in Trauma (FAST), Computed Tomography (CT), and laparoscopy may have made non-operative management of PAI more selective.
However, no research has been done to link BMI to the severity of PAI. In a retrospective study, Zarzaur et al. correlated BMI with injury severity in patients involved in motor vehicle accidents and discovered that a combination of BMI above 30 and seat belt use increases the odds of abdominal injury by 2.5-fold, but there was no link between BMI above 30 and increased intra-abdominal injury [2]. The significance of BMI in predicting pelvic fracture in motor vehicle accidents was investigated by Bansal et al. Occupants with a BMI of less than 25 were twice as likely as obese occupants to develop pelvic fractures, although the obese occupants who sustained pelvic fractures suffered more serious injuries [3]. The goal of this study is to see if differences in BMI, specifically BMI of 30 or higher versus BMI of less than 30, have an impact on peri-operative morbidity with penetrating abdominal injuries. The impact of increased BMI on penetrating abdominal injury is of critical clinical importance as obesity rates in the United States continue to rise.

The study was authorized by the Lincoln medical and mental health facility's institutional review board, which is a level one trauma center. All penetrating injury cases diagnosed and treated at the facility are prospectively entered into a database and reported to the National trauma database by the trauma registry. Residents in the surgical programme at Lincoln Medical have questioned. For this retrospective investigation, we looked at all patients who had penetrating injuries from January 2003 to July 2009. We used the International Classification of Diseases, ninth revision (ICD-9) procedure codes. Data was extracted using a standard pro forma to identify patients. Two senior surgical residents, as well as involved senior surgical staff, evaluated original medical notes, paramedical notes and observation charts, and operating notes. The mechanism of injury, the location and number of wounds, patient demographics, past medical history, operative reports, postoperative course, and complications were among the data collected on patients. Patients with chest wounds above the fourth intercostal space, below the inguinal ligament, flank, or back, as well as those with a BMI greater than 30 without abdominal obesity, were excluded. Patients with a BMI greater than 30.0 kg/m2 were classified as obese, whereas those with a BMI less than 30.0 kg/m2 were classified as non-obesity. The demographics of obese and non-obese patients were nearly identical. The researchers gathered information on non-therapeutic laparotomies, therapeutic laparotomies, and the organs that were involved or repaired during the laparotomies.
Between January 2003 and July 2009, 756 patients with penetrating wounds were admitted to the emergency room, with 381(50%) of these being abdominal wounds. Obese people made up 21% (79) of the overall PAI, while non-obese people made up 79% (302). In the operating room, 68% of obese patients were examined, while 57% of non-obese individuals were examined. Non-therapeutic laparotomies were performed on 52% of the obese patients. Non-obese patients underwent non-therapeutic laparotomies in 35% of the cases studied. When compared to non-obese individuals, obese patients had a higher rate of non-therapeutic laparotomies (p=0.041).

Even with advanced technology, the non-therapeutic laparotomy rate is unlikely to ever reach zero, since surgeons err on the side of caution. However, the decline in laparotomy rates is difficult to reconcile with the constant number of non-therapeutic surgeries. This could be due to a shift in the patient group, whether it's those who come to the emergency room or those who are admitted to the surgical service. The mechanism of harm seen in this follow-up investigation has only minimally modified since McIntyre and colleagues' original explanation [4].
Hemodynamic instability has a good specificity and predictive value for visceral damage [5]. Serial clinical assessment is unquestionably important, with discomfort away from the site or peritonitis being the most prevalent rationale for laparotomy.
There is a scarcity of research on how to appropriately treat patients with isolated evisceration [6,7]. In the absence of clinical symptoms, the current study proposes that such individuals be considered for wound toilet and closure under local anesthesia, followed by admission for additional observation and imaging. 91% of 116 patients with omental evisceration but no clinical indications requiring laparotomy received successful therapy without surgery or non-therapeutic laparotomy in the biggest prospective study of omental evisceration.
The role of imaging in deciding how to treat patients who don't need a laparotomy right away has been extensively researched. CT has a high specificity and sensitivity (97% and 98%, respectively) for detecting peritoneal breach via pneumoperitoneum, intraperitoneal free fluid, or active bleeding [8]. There is significant variability in the reported accuracy of CT in diagnosing intestinal injuries, with one prospective trial reporting a 13% non-therapeutic laparotomy rate in patients who had laparotomy purely based on CT results.
In penetrating abdominal injuries, the benefit of ultrasonography or FAST is less evident. Although it has a high specificity (94%-100%) for detecting intraperitoneal free fluid, its sensitivity is modest, with one stab injury series reporting a sensitivity of only 18% [9,10].
Major problems occurred in all patient groups in the current investigation, as in previous studies, highlighting the load placed on the patient having a negative laparotomy. Despite the fact that many people advocate for the use of laparoscopy in the treatment of PAI, it's surprising that it's not more often employed. It's challenging to include laparoscopy in the penetrating trauma management algorithm, while it's likely to become more common in the future. Laparoscopy has a high specificity but a low sensitivity, especially when it comes to excluding hollow viscus lesions. Patients with left thoracoabdominal injuries may potentially benefit from an emergency laparoscopy to rule out diaphragmatic damage.
This is one of the first studies to look into the relationship between PAI and BMI. When compared to non-obese individuals, patients with abdominal obesity had a higher rate of exploration and non-therapeutic laparotomies. We've found a group of patients for whom assessing an abdominal stab wound is challenging, resulting in a higher rate of non-therapeutic exploration. When compared to obese patients, non-obese patients are three times more likely to develop liver damage as a result of PAI. This is most likely due to a protective impact of truncal obesity on liver damage, rather than structural variance. When compared to their non-obese counterparts, obese patients are four times more likely to have vascular damage from PAI. In terms of mortality, there was no statistically significant difference between the two groups. 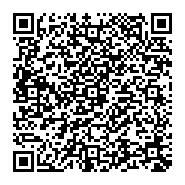