Conclusion: This study concludes that patients with diabetes mellitus 2 are at high risk of developing of the mild cognitive of impairment. HbA1c, longer duration of disease, and fasting of blood sugar level were negatively correlated with MoCA score.

Diabetes Mellitus (DM) 2 is one of the most prevalent diseases around the globe with considerably high rates of patient mortality and morbidity [1].Fortunately, due to latest advents in medical technology, the survival rate with DM2 has increased. However, due to chronic DM2 status, alongwith age, and other associated comorbidities, the complications of DM have subsequently increased as well. Literature has reported a number of neurological disorders associated with DM2 [2]. The incidence of cognitive dysfunction is a commonly reported problem among DM2 patients as well. Both hypoglycemia and hyperglycemia have been implicated as causes of cognitive dysfunction, and many patients fear that recurrent hypoglycemia will impair their memory over time [3]. The cause of cognitive dysfunction during diabetes in aging population usually involves degenerative and ischemic pathology [4].

Diabetes may affect cognitive abilities such as problem solving, forgetfulness, hindering routine activities and issues in feeling basic instincts such as hunger and thirst. One cohort study followed up patients for 20-year and concluded that diabetes caused 19% greater cognitive dysfunction over 20-year period [5,6]. One of the common disorders reported in dementia [7]. Type 2 diabetes is associated with approximately a 1.5- to 2.5-fold increase in the risk of dementia. Another study stated that risk of Alzheimer’s Disease (AD), loss of verbal memory and vascular dementia are increased in DM2 patients. Hence determining cognitive dysfunction is inevitable for effective diabetes management [8,9].

Longer disease duration and poor control of disease are generally related to higher risk of cognitive decline in late life [10]. Therefore, cognitive dysfunction should be detected in early stages to decline progression and carry proper diabetes management. Researchers prefer tools like Montreal Cognitive Assessment (MoCA), Mini Mental State Examination (MMSE), Hopkins verbal learning test, clock-drawing test and Addenbrooke's cognitive examination-revised for this purpose [11]. During past three decades Mini-Mental Status examination (MMSE) was considered best screening tool to assess cognitive impairment, but for clinical setting some other sensitive test are also required to detect mild cognitive impairment [12,13]. For this purpose other assessment tests have also been made to assess mild cognitive impairment [14]. Among these tests, Montreal Cognitive Assessment (MoCA) has been recognized to assess MCI, but till now MoCA is not yet validated for patients with DM [15].

Although recent literature has stressed the importance of early screening of cognitive impairment in DM2 patients, very limited studies have been conducted both locally and internationally to see the effectiveness of screening tools like MoCA for this purpose. Therefore, this study aims to see the correlation of cognitive impairment with glycemic control using MoCA score in DM2 patients.

This cross-sectional study was done in endocrinology outpatient department for a period of 6 months on 352 patients. The sample size was calculated using prevalence of 54.29% MCI, with 5% margin of error and 95% confidence level [16]. The data was collected through non- probability, consecutive sampling. All cases with age group 35 years–65 years of either gender were taken. Patients who were illiterate, who had significant hearing or visual impairment, with acute illness, with known psychiatric illness, Alzheimer's Disease (AD), epilepsy, stroke, and those who were unable to consent for participation were excluded from the study.

Diabetes Mellitus is a critical public health related issues, due to both risk of morbidities attached with it as well as the complications arising due to, or along with its chronic status. Cognitive impairments have been reported in recent literature in DM2 patients particularly the older ones [17]. Commonly reported cognitive disorders include mild to severe dementia, vascular dementia, Alzheimer’s disease and loss of verbal or functional memory. Although the potential causes of the cognitive problems are multifactorial, and glycemic control has been recently stated as the common most one [18,19]. Despite of increasing incidence of MCI in DM2 patients, local literature in this regard is very scarce, which is why this study was planned [20,21].

In this study, 200 (56.8%) male and 152 (43.2%) female patients with mean age of 56.72 years were included. The patients had the mean duration of disease as 8.98 ± 4.27 years. Another study conducted on 269 DM2 patients reported that according to MoCA score 80.3% had cognitive impairment while 33.8% had severe impairment. The patients with elderly females with low educational level, long duration of DM, as well as lower socio-demographic status were more at risk of developing cognitive impairment. Similarly another study stated that among the 194 diabetic subjects interviewed, 98 (50.5%) were cognitively impaired. More than half of the subjects (56.2%) were ≥ 65 years, and female participants (53.6%) outnumbered males (46.4%) [22]. The majority of patients (62.4%) had had diabetes for <10 years. It is therefore evident that age, gender and duration of disease are important factors to increase risk of MCI in diabetic patients [23].

Hence, given the present findings, clinicians working with patients with type 2 diabetes should be alerted to the possibility of cognitive changes that could impact type 2 diabetes treatment management or require referral for neuropsychological assessment [3,25].

This study concludes that patients with diabetes mellitus 2 are at high risk of developing mild cognitive impairment. HbA1c, longer duration of disease, and fasting blood sugar level were negatively correlated with MoCA score. Hence MoCA score is a reliable, easy to use and efficient tool to assess level of MCI in diabetic patients and should be adapted for early screening of patients for better and timely management. 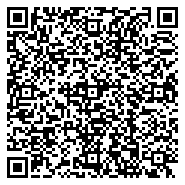