Surgical treatment of this disease requires close surveillance of such dysfunction because of wide ranging implications for safety, quality of life, and impact on the flavor of foods and beverages. Nasal patency was evaluated in the entire nasal entry and eight subregions (by sub-par prevalent, front back division). Mathematical reaction scores addressing abstract nasal clog were additionally acquired. It is conjectured that intranasal cavity volumes change all through the maturing system, perhaps optional to hormonal changes and decay of the sinonasal mucosa. Our goal is to analyze intranasal volumes from various age gatherings to test the theory that intranasal pit volume increments with age. An examination of Registered Tomography filters performed because of reasons other than sinonasal objections. Intranasal volumes of three gatherings (age 20 years-30 years, 40 years-50 years, and 70 years or more) were determined utilizing vitrea programming. The all out intranasal volume was estimated from the nasal vestibule anteriorly, the nasopharynx posteriorly, the olfactory separated superiorly, and the nasal floor poorly. The absolute volume incorporated the amount of the right and left sides. Intranasal volume increments with age and is bigger in guys. Explicit etiologies answerable for expanded intranasal pit volume with age are effectively being assessed. Olfactory dysfunction is a well-established cardinal symptom of chronic rhinosinusitis (CRS), with prevalence estimates ranging from 30% to 80%. Although this wide range of estimates undoubtedly reflects variability in testing, the skill of the surgeon, underlying disease, and other factors, even the lowest of these estimates is high. Our goal is to analyze intranasal volumes from various age gatherings to test the speculation that intranasal pit volume increments with age.

An examination of Registered Tomography (CT) checks performed because of reasons other than sinonasal protests. Intranasal volumes of three gatherings were determined utilizing vitrea programming. The all out intranasal volume was estimated from the nasal vestibule anteriorly, the nasopharynx posteriorly, the olfactory separated superiorly, and the nasal floor poorly. The absolute volume incorporated the amount of the right and left sides. It would be simplistic to provide a number, or probability when predicting olfactory improvement from ESS. Notably, this is a challenging topic given the heterogeneity of study methodologies, mixed endo- and phenotypes of CRS, poor reliability of subjective olfaction assessment, and diversity in quality of life tools addressing chemosensory function.

The signal is then transmitted along unmyelinated olfactory sensory neuron axons which make up cranial nerve I. Axons from the olfactory neurons form nerve bundles (filia olfactoria), cross the cribiform plate superiorly through approximately 20 foramina, and synapse with other neurons in the olfactory bulb. These second order neurons then transmit the signal to the piriform cortex, olfactory nucleus and tubercle, amygdala, and entorhinal cortex. We depict three new varieties/refinements of the endoscopic endonasal way to deal with the CCJ that save the mucosal uprightness of the back nasal septum and PNSF. The means expected for the various varieties in moving toward the CCJ are illustrated. These three choices are: 1) Nonopposing Killian cuts with submucosal height of PNSFs horizontally under the substandard turbinates (the PNSFs are withdrawn along the side and left connected superiorly onto the nasal septum and along the side under the mediocre turbinate); 2) Reciprocal non-restricting PNSFs tucked underneath their particular center turbinate or into the sphenoid sinus; and 3) A mixture approach consolidating choice 1 performed on one side and choice 2 on the contralateral side. Each of the three choices took into account a mucosal-saving septectomy to give adequate admittance to the CCJ.

Identification of specific etiology factors driving olfactory dysfunction in CRS is an evolving topic in the context of multiple phenotypes. However, it is widely recognized that loss is multifactorial with conductive and sensorineural mechanisms. Conductive loss may be seen in patients with structural pathologies preventing optimal transport of odorants to the olfactory cleft. These include nasal polyposis, mucosal edema, and nasal lesions. Sensorineural loss may be mediated by inflammatory changes to the neurepithelium, as demonstrated in histologic studies and from response to corticosteroids. Additional significant risk factors that predict presence of olfactory dysfunction in CRS patients include tobacco smoking, age over 65 years, and asthma. The viability of the decellularization cycle was additionally affirmed on histological and examining electron minuscule investigations. Mechanical testing results showed that the primary honesty of the decellularized tissue was kept up with, and biocompatibility was affirmed. Gabapentin and pregabalin has been displayed to diminish postoperative torment really. In this meta- investigation, we expected to survey the job of preoperative gabapentinoids for lessening postoperative agony after nasal medical procedure in patients through a meta-examination of the writing. Nine articles to analyze the preoperative managed gabapentinoid with a fake treatment or analgesics (control bunch) were incorporated for examination of the results of interest, which included postoperative torment scores, pain relieving admissions, or secondary effects, like sedation, sickness and heaving, obscured vision, employable dying, dazedness, and migraine, during a 24 hrs postoperative period. The aggravation score detailed by the doctor and need for analgesics during the initial 24 hours, postoperatively, in the gabapentinoids bunch altogether decreased. Ongoing advances in careful procedures have delivered the Craniocervical Intersection open transnasally. Endoscopic endonasal transclival and transodontoid approaches are regularly acted in driving skull base focuses.

The preservation of functional structures and mucosa is a key tenet in ESS. Impaired olfaction is not unexpected in postoperative endonasal endoscopic anterior skull base surgery involving removal or disruption of the olfactory bulb. However, in ESS addressing sinonasal disease, the classic teaching is to avoid unnecessary dissection and exercise great caution in certain areas that may contain olfactory epithelium. These would include the olfactory cleft, the superior posterior septum, the middle turbinate, and the superior turbinate. While there may still be debate about middle turbinate preservation in ESS, multiple studies have shown the lack of deleterious complication in judicious middle turbinate resection. Surgery involving partial middle or superior turbinate resection may be performed judiciously without fear of postoperative iatrogenic anosmia, although more research in larger samples is clearly needed. There are limited studies evaluating long term outcomes of ESS in the olfactory cleft.

Also, the gabapentinoids had no critical impact on the frequencies of incidental effects aside from obscured vision contrasted and the control during the 24 hours postoperatively. In the subgroup investigations of these outcomes as per activity type, these subgroups showed comparable impacts on lessening postoperative torment and antagonistic impacts. Preoperative gabapentinoids could weaken postoperative torment without critical antagonistic impacts in patients who go through nasal medical procedure. Nonetheless, obscured vision might be a debilitation that requires thought for use and schooling for patients. Further clinical preliminaries will be of help in supporting the consequences of this review. Notwithstanding progresses in radiotherapy and chemotherapy therapies for head and neck tumors, the nearby disappointment rate is high. 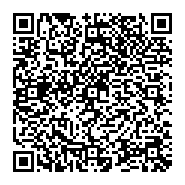