Depression among Students of a Professional Degree: Case of Undergraduate Medical and Engineering Students

Objectives: Depression amongst undergraduates has been widely reported, however its correlates have been inadequately identified. Furthermore, a comparison, between the two most stressful curriculum is lacking. We aimed to highlight the prevalence and predictors associated with depression in Undergraduate Medical and Engineering students, with the hope of guiding mental health experts to implement policies that would benefit said individuals.

Methods: We conducted a cross-sectional study in two institutes of Lahore, Pakistan namely Shaikh Khalifa Bin Zayed Al-Nahyan Medical College, and University of Engineering and Technology, in 2013. A structured, self-administered questionnaire was used to segregate the predictors associated with depression, and Beck’s Depression Inventory II was used to diagnose depression.

Results: The overall response rate was 94.7%. Among the 451 responders, 87 were clinically depressed with a mean BDI-II score of 28.72 ± 5.144. The difference in prevalence amongst the two, 22.5% for Engineering and 15.0% for Medical was statistically significant (P = 0.047, 95% Confidence Interval). There was, however no significant difference in the severity of depression or gender preponderance.

For Engineering students, ‘dropping out of college’ , ‘not being satisfied with hair’, ‘always felt socially isolated’, ‘recent breakup’, and ‘sexual abuse’ were significant.

Conclusion: The results identify possibly modifiable psychosocial and academic predictors of depression which need to be further addressed through prospective studies. 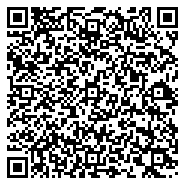