Atorvastatin calcium is one of the most widely prescribed lipid lowering drug and due to its acidic degradation properties the bioavailability reported is only 12-14% when administered orally. The gastro retentive floating tablets of Atorvastatin calcium had shown enhanced bioavailability compared to conventional immediate release dosage forms. The study presented here was focused on comparing the physicochemical properties of two different bilayered controlled release gastro retentive buoyant formulation designs of Atorvastatin calcium tablets. The buoyancy layer for first formulation was swelling hydrocolloid based (HPMC) against the second formulation design which was non swellable wax (HCO) based. The drug release characteristics, kinetic models, buoyancy characteristics and stability were compared between the two formulation designs. Apart the DoE (22 factorial design) studies were carried out to understand the impact and range of release controlling agents in drug layer against the dissolution profile in pH 4.5 acetate buffer. The buoyancy properties were observed to be consistent and stable in case of HPMC based buoyancy system, where as the wax based formulation design had shown tendencies for layer seperation at higher agitation speeds. 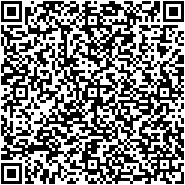