In Romania, the latest statistics collected at the end of 2008 have shown that only 2.5% from the target population have benefited from the HPV vaccine, and the vaccine administration rates have decreased in the following years [4,5].

In terms of screening, namely taking the Pap Test, statistics show that only 8.1% of women aged 25-64 have had the test in the last year, the rate being very low [3]. Studies made in this field show that this is due to lack of education, presenting screening programs in an inefficient manner, low health literacy, health inequalities and deterioration of the healthcare system [6-8].

In Romania, 45% of the total population lives in the rural areas, but, as far as we know, there is no existent data on the differences between the urban and the rural area with regard to women’s attitudes and knowledge on cervical cancer.

Taking this all into account, the aim of this article is to assess the attitudes and knowledge of cervical cancer screening among women in rural and urban areas of Romania.

The data was collected using a descriptive transversal study which was implemented online, over a period of 6 months between January and June 2015, the questionnaire was posted on Facebook and distributed via e-mail.

The e-mail addresses came from the database created for a previous study. The target group consisted of women aged 18-40. This target group was chosen for the reason that the women from this age category are the most predisposed to getting infected with the HPV virus because they are statistically more likely to be sexually active [1].

The study was approved the Ethics Committee of The Oncology Institute „Prof. Dr. Ion Chiricuță”, Cluj-Napoca.

For statistical data analysis, R for Data Analysis and Graphics version 3.2.1 was used.

Currently, out of the studied target group, 621 cases (97.18%) are sexually active, and 499 cases (79.21%) were sexually active upon completion of the questionnaire. The mean age of sexual debut was 18 years old. Most of the women participating in the study 447 cases (70%) had between 0-5 sexual partners up to the present moment. When asked about the frequency of gynecological consultations, 358 cases (59.37%) said that they go for consultations 1-2 times per year, and 66 cases (11%) claimed that they went very rarely (less than once a year). Out of the total number of respondents, 25 cases (5%) said that they have never had a gynecological consultation. Out of all the women surveyed, 624 cases (98.27%) knew what a Pap test was, and 423 cases (66.41%) have received a Pap test at least once in their lifetime. Regarding their knowledge about HPV, 413 cases (65.05%) believed that HPV was involved in the development of cervical cancer, while 222 cases (35%) thought that this virus is not responsible for the development of cervical cancer. A number of 435 (68.61%) respondents have heard of the existence of the HPV vaccine, and 396 (63.56%) would agree to vaccinate against the virus. The majority, 624 cases (97.96%) believed that getting the HPV vaccine would not spare them of having regular visits at the gynecologist.

As for women’s attitudes regarding cervical cancer, 432 cases (68.14%) believe that one visit to the gynecologist per year would prevent cervical cancer, while 202 (31.86%) respondents disagree with this affirmation. Also, 596 (94.3%) women think that organizing campaigns for informing the female population and introducing sexual education courses in schools would reduce the risk of cervical cancer among women in Romania. Moreover, 384 (60.54%) respondents have declared that they would like to redirect 2% of their state tax contribution to inform the population about cervical cancer prevention.

Table 2 shows the differences between residence area and knowledge and attitudes about cervical cancer.

Note: *P<0.05, **P<0.001; The reference group is the rural area => OR = the chance of the variable x having the answer yes is more than x times for the people from the urban area compared to those from the rural area.

Table 2: The association between residence area and knowledge and attitudes on cervical cancer.

The probability of women getting screened for cervical cancer is 3.18 (95% CI 2.1 - 4.84) times higher for women living in the urban area than those living in the rural area, p<0.00. Regarding the information about the existence of a HPV vaccine which prevents cervical cancer, the probability of the women from the urban area knowing about this vaccine is 1.55 times (95% CI 1.02 - 2.36) higher in comparison to women living in the rural area, p<0.05.

Regarding women’s attitudes towards preventing cervical cancer by introducing sexual education courses in schools, the chance of them agreeing with this statement is 2.31 times (95% CI 1.04 - 4.91) higher for women living in the urban area, compared to those living in the rural area, p<0.05. As for women’s attitudes on introducing private health insurances to „force” women to test for early detection of cervical cancer, the chance of women from urban areas agreeing with this affirmation was 1.76 (95) % CI 0.99 - 3.08) higher compared to women from the rural area, p <0.05.

The findings of this study show that the vast majority of the female respondents (62.4 – 98.27%) have heard of the existence of the Pap test and the HPV, but approximately 30% (214 cases) have never taken the test and do not consider HPV responsible for cervical cancer. Compared to other studies, this percent was lower; for instance the percent of performing the Pap test is over 80% in countries such as Poland, France, Slovakia and Austria [9,10]. We recommend investing in screening programs, which decrease the rates of cervical cancer, improve the quality of life in the long term, and are the most efficient in preventing it [11,12]. These results are similar to the findings from previous studies, which show that approximately 40% of the population that is not informed of the risks of HPV and cervical cancer [5,13,14]. As for the differences regarding women from the rural area compared to those from the urban area, the findings of our study follow the same direction as the findings at the European and global level. These show that women in the rural area have a lower level of knowledge about cervical cancer and the HPV vaccine, and have performed the test in smaller numbers. They do not consider sexual education to be as important as the women in urban areas, and they have medical check-ups much later than the women from urban areas [15-17].

We kindly acknowledge Marisa Perry for proofreading and helping with the translation of this manuscript. 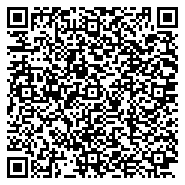