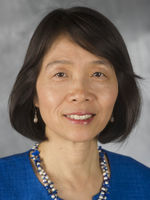 Journal of Womens Health, Issues & Care (JWHIC) (ISSN: 2325-9795) is an international, open access, peer-reviewed journal that publishes information on all aspects of the science of women. The main objective of the journal is to set a forum for education, and exchange of opinions, and to promote research and publications globally. The Journal provides a platform for all clinicians, surgeons and health professionals to contribute their findings and help raise awareness among the community on women's healthcare including gynecology, obstetrics, and breast cancer. We aim to publish the highest quality clinical content via open access platform providing the readers free, immediate and unlimited access.

Journal of Women’s Health, Issues & Care is a peer-reviewed, international, indexed journal which offers open access mode for publication. This mode provides the means to maximize the visibility, citations and readership which enhance the impact of the research work and provides a range of options to purchase our articles and also permits unlimited Internet Access to complete Journal content. It accepts research, review papers, online letters to the editors & brief comments on previously published articles or other relevant findings in SciTechnol. Articles submitted by authors are evaluated by a group of peer review experts in the field and ensures that the published articles are of high quality, reflect solid scholarship in their fields, and that the information they contain is accurate and reliable.

Submit your manuscript at www.scholarscentral.org/submissions/womens-health-issues-care.html

The journal uses Editorial Tracking System for a qualitative and prompt review process. Review processing is performed by the editorial board members of Journal of Women's Health, Issues & Care or relevant experts from other universities or institutes. Minimum two independent reviewer’s approval followed by editor approval is required for the acceptance of any citable manuscript. Authors may submit manuscripts and track their progress through the editorial system. Reviewers can download manuscripts and submit their opinions to the editor whereas the editors can manage the whole submission/review/revise/publish process via editorial manager.

Submit manuscript at https://www.scholarscentral.org/submissions/womens-health-issues-care.html or send as an e-mail attachment to the Editorial Office at [email protected] or [email protected]

A sexual problem is anything that interferes with a women's satisfaction with a sexual activity. A sexual problem, or sexual dysfunction, refers to a problem during any phase of the sexual response cycle that prevents the individual or couple from experiencing satisfaction from the sexual activity. The sexual response cycle has four phases: excitement, plateau, orgasm, and resolution.

Prenatal care is a type of preventive healthcare with the aim of providing regular check-ups that allow doctors or midwives to treat and prevent potential health problems throughout the course of the pregnancy while promoting healthy lifestyles that benefit both mother and child.

Endometriosis is an often painful disorder in which tissue that normally lines the inside of uterus, the endometrium, grows outside your uterus. Endometriosis most commonly involves your ovaries, bowel or the tissue lining your pelvis. Rarely, endometrial tissue may spread beyond your pelvic region.

Vaginitis is a medical term used to describe various conditions that cause infection or inflammation of the vagina. These infections are sometimes caused by organisms such as bacteria, yeast, or viruses, as well as by irritations from chemicals in creams, sprays, or even clothing that is in contact with this area.

Obstetrics and Gynecology, often abbreviated to Ob/Gyn, is a single entity which deals with the female reproductive organs in gestating and non-gestating situation. Obstetrics was originally a separate branch of medicine, and gynecology comes under the division of surgery.

Urogynecology is a surgical sub-specialty of urology and gynecology. Urogynecology involves the diagnosis and treatment of urinary incontinence and female pelvic floor disorders. Some conditions treated in Urogynecology practice include: Cystocele, Enterocele and Female genital prolapse.

Menopause is a stage in life when a woman stops having her monthly period. It is a normal part of aging and marks the end of a women's reproductive years. Menopause typically occurs in a woman's at late 40s to early 50s. A woman is considered to be postmenopausal when she has not had her period for an entire year.

Reproductive health, or sexual health, represents the reproductive processes, functions and system at all stages of life. Reproductive health implies that people are able to have a responsible, satisfying and safer sex life and have the capability to reproduce and the freedom to decide themselves of having sex.

Maternal health refers to the health of women during pregnancy, childbirth and the postpartum period. While motherhood is often a positive and fulfilling experience, for too many women it is associated with suffering, ill-health and even death. The major direct causes of maternal morbidity and mortality include haemorrhage, infection, high blood pressure, unsafe abortion, and obstructed labour.

Autoimmune diseases are a group of disorders in which the immune system attacks the body and destroys or alters tissues. There are more than 80 serious chronic illnesses in this category, including lupus, multiple sclerosis, and type 1 diabetes. According to the American Autoimmune Related Diseases Association (AARDA), about 75% of autoimmune diseases occur in women. By themselves, each disease appears to be uncommon except for diabetes, thyroid disease, and lupus but as a group, the disorders make up the fourth-largest cause of disability among American women.

Mental health includes our emotional, psychological, and social well-being. Effect of mental health varies in women and men. Some disorders are more common in women, and some express themselves with different symptoms.

Breast cancer is a kind of cancer that develops from breast cells. Breast cancer usually starts off in the inner lining of milk ducts or the lobules that supply them with milk. Cervical cancer is a cancer that arises from the cervix. It is due to the abnormal growth of cells that have the ability to invade or spread to other parts of the body.

Maternal-fetal medicine (MFM) is the branch of obstetrics which focuses mainly on the medical and surgical management of high-risk pregnancies that includes monitoring and treatment including comprehensive ultrasound, chorionic villus sampling, genetic amniocentesis, and fetal surgery or treatment. Obstetricians who practice maternal-fetal medicine are also known as perinatologists.

Menopause is a stage in life when a women stops having her monthly period. It is a normal part of aging and marks the end of a woman's reproductive years. Menopause typically occurs in a woman's at late 40s to early 50s.

The effects of a women's diet on her children start long before she becomes pregnant. Storage of fat, protein, and other nutrients built up over the years are called upon during pregnancy for fetal nourishment. These kinds of food provide women with plenty of energy, the means for lifelong weight control, and the key ingredients for looking and feeling great at any age.

Violent acts that are primarily or exclusively committed against women. From domestic abuse to rape as a weapon of war, violence against women is a gross violation of their human rights. Not only does it threaten women's health and their social and economic well-being, violence also prevents global efforts to reduce poverty.

A urinary tract infection is an infection which involves the kidneys, ureters, bladder, or urethra. These are the structures that urine passes through before being eliminated from the body. Women are at greater risk of developing a UTI than men.

2016 Journal Impact Factor is the ratio of the number of citations achieved in the year 2016 based on Google Search and Google Scholar Citations to the total number of articles published in the last two years i.e. in 2014 and 2015. Impact factor measures the quality of the Journal.
If ‘X’ is the total number of articles published in 2014 and 2015, and ‘Y’ is the number of times these articles were cited in indexed journals during 2016 then, impact factor = Y/X.

Decrease of Mortality in Cervical Disease