Osuji AE* and Nwogbo A

Introduction: External Frontoethmoidectomy is an open surgical procedure employed to remove disease from the frontal and ethmoidal sinuses. Pathologies in the para nasal sinuses can be managed endoscopically, however, the limited availability of skilled man power in endoscopic sinus surgeries, and the dearth of its instruments in this region, remains a challenge in most tertiary health care centres in Nigeria, thus promoting the use of external approach to manage sinus diseases.

Method: This was a retrospective study of 10 patients who had Frontoethmoidectomy over a 6 year period, from January 2012 to December 2017.Their medical records were retrieved from operating theatre, and Ear, Nose and Throat ward. Information retrieved included their age, gender, presenting complain, indication for surgery and length of hospital stay. Results were presented in tables and figures.

Conclusion: External fronto-ethmoidectomy has remained the mainstay of treatment for frontal and ethmoidal sinus pathologies in this region, despite the advent of endoscopic sinus surgery. Early presentation for specialist otorhinolaryngological management can reduce morbidity and mortality.

External Frontoethmoidectomy is an open surgical procedure employed to remove disease from the frontal and ethmoidal sinuses [1]. It is also referred to as the Lynch-Howarth operation. Pathologies in the Para nasal sinuses can also be managed endoscopically [2]. However, inadequate availability of endoscopic surgical facilities in this region, have limited its application in the management of these nasal pathologies.

Mucocele is a benign mass, cystic in nature which affects the sinuses. It results from blockage of sinus ostium, leading to accumulation of mucus in the affected sinus. Frontal and ethmoid sinuses are commonly affected, and symptoms vary, depending on the extent of the diseases [3]. Other benign pathologies that can arise from these sinuses include pyocele, potts puffy tumor, Fronto ethmoidocutaneous fistula and polyposis. These sinus pathologies can involve the orbit or intracranial compartment, leading to orbital or neurological complications [4].

Surgeries of the nose have markedly progressed beyond conventional open surgeries, since the advent of functional endoscopic sinus surgery (FESS). However, these open surgeries like external Frontoethmoidectomy have remained the mainstay of management of most advanced pathologies of the frontal and ethmoidal sinuses, especially in cases of large tumor size, with grossly distorted anatomy [5,6]. This is because they give good exposure, are easy to carry out, and have minimal complications. On the other hand, modern surgeries like endoscopic sinus surgery, and endo-nasal laser surgeries have the main advantage of doing surgery under magnified vision, with reduced bleeding, and the ability to look around corners, thereby improving surgical precision with reduced morbidity.

Historically, the first landmark publication of endoscopic sinus surgery was done by Kennedy in 1989. He described endoscopic marsupialization of mucocele, leaving the mucosal lining behind. However, advance in computerized imaging, cameras and instrumentation, and seasoned experience, has improved the popularity of endoscopic sinus surgeries globally. This has been welcomed in sub-Saharan Africa with great enthusiasm, but the practice of the conventional external approach still predominates in most centres [7]. This is because of the limited availability of skilled man power in endoscopic sinus surgeries, and the dearth of its instruments in this region. This has remained a challenge in most tertiary health care centres in Nigeria, thus promoting the use of external approach to manage sinus diseases.

The aim of this study was to take an inventory of the cases of Frontoethmoidectomy done in the university of port Harcourt teaching hospital, rivers state, and to highlight the presenting symptoms, indications for surgery, and their general outcome.

This was a retrospective study of 10 patients who had Frontoethmoidectomy over a 6 year period, from January 2012 to December 2017. Their medical records were retrieved from the ENT operating theatre, and Ear, Nose and Throat ward. Information retrieved included their age, gender, presenting complain, indication for surgery and length of hospital stay. Results were presented in simple tables and figures. Ethical approval is approved for this study. Informed consent is taken from the respective patients.

Among the 10 patients, there were 7 males and 3 females (Figure 1). The age of the patients ranged from 8 years to 42 years. The age distribution of the patients as shown in Table 1, indicates that the highest number of patients, 6(60%) were aged 10-19 years. Table 2 below, shows that nasal obstruction was the commonest presenting complain 7(70%), followed by frontal headache 4(40%). However, 3 patients had proptosis at presentation, while 1 patient had a discharging sinus. The indications for surgery was Fronto-ethmoidal mucocele in 3 patients and frontal mucocele in 3 patients, frontal sinusitis with intracerebral abscess in 1 patient, pan sinusitis with sinucutaneous fistula in 1 patient, potts puffy tumor in 1 patient, frontoethmoidal abscess, and fronto-ethmoidal osteoma in 1 patient each, as shown in Table 3. It shows the length of hospital stay among the patients. The average hospital stay among the patients was 6 days, however the hospital stay ranged from 5 days to 12 days Table 4. 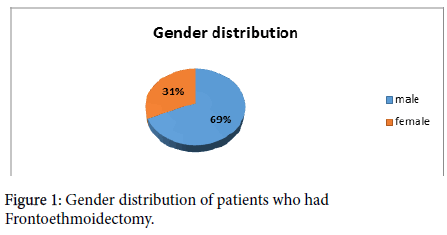 Figure 1: Gender distribution of patients who had Frontoethmoidectomy.

External fronto ethmoidectomy is the main stay of surgical treatment of frontal and ethmoidal sinus pathologies in our centre. This is due to absence of equipment and trained manpower for endoscopic surgery in our centre. As a result, all the pathologies involving the frontal sinus and the ethmoid sinus is addressed through an open surgery. However in some centres in Nigeria, as much as external Frontoethmoidectomy is carried out for fronto-ethmoidal pathologies, endoscopic sinus surgery is also carried out on some of their patients [7].

The age range of our patients ranged from 8 years to 42 years, with the highest number of cases noted in the pediatric population. Similarly, 10 cases of Para nasal sinus mucocele was in children, despite their report stating that Para nasal sinus mucocele is rare in the pediatric population [9]. They also noted that 6 patients in their study had cystic fibrosis, which predisposed them to mucocele of Para nasal sinuses. Our study did not investigate the causes of mucocele in our patients. The treatment of all their patients were by endoscopic surgery, however due to unavailability of endoscopic surgery in our centre, all our patients had open surgery. Despite our approach, the outcome was acceptable.

Nasal obstruction was the commonest symptom seen in our patients, similar to the case [10]. They attributed it to nasal polyps in some of their patients, which was reported as the presumptive cause of the mucocele formation in the affected frontal and ethmoidal sinuses. They found nasal symptoms in two of the 5 cases reported in their case series. Nasal obstruction has been noted to be a common presenting complain in Para nasal sinus pathologies, and it was shown in this study, similar to several other studies [1-9,11,12]. Our study reported proptosis as one of the presenting features, and this is similar to the findings by [9], a case of bilateral fronto-ethmoidal mucocele, with bilateral proptosis.

They also noted that some patients with fronto ethmoidal mucocele show some degree of dynamic or a dynamic proptosis. Supraorbital swelling was reported, whereas frontal swelling was noted in some patients in our study. However, these are features of advanced disease, where the mucocele had expanded beyond the confines of the sinus into the orbit, causing proptosis. One patient had osteomyelitis of the frontal bone, which resulted in potts puffy tumor, with frontal swelling while another patient had a discharging sinus, which probably resulted from previous instrumentation, which was later established as a fronto-ethmoido cutaneous fistula.

This study noted that the commonest indication for Frontoethmoidectomy was mucocele of the Fronto-ethmoidal sinuses. Mucocele are commonest in the frontal sinus. When it forms within the sinus, it can grow large enough to obstruct the ostium of affected frontal sinus, or increase markedly to involve the adjacent ethmoid sinus, or the contralateral frontal sinus [13].

The length of hospital stay postoperatively ranged from 5 days to 10 days. This is close to the postoperative stay in the study which ranged from 5 days to 17 days. However, their study reported various open surgeries like Caldwell luc operation, lateral rhinotomy, and external fronto ethmoidectomy. The other surgeries may be responsible for the extended stay in their study.

However it was stated that the success of this procedure is limited by the problem of maintaining fronto nasal duct patency. It is stated that involvement of the nasolacrimal duct is uncommon, but nasolacrimal mucocele can be an atypical location of a Para nasal sinus mucocele. There was no complication compromising the patency of the frontonasal duct in our patients. However all the patients had scars which was acceptable to them. One patient with fronto-ethmoido-cutaneous fistula came with an unsightly previous scar around the fistula, which was excised and refashioned during her surgery. They also noted surgical scar as one of the outcomes of external Frontoethmoidectomy in their study. Similarly, their patients were comfortable with the scars. Generally, we noted very good outcome with all our patients, and no mortality was noted.

In their meta-analysis comparing endoscopic and external Frontoethmoidectomy, showed that Complication rates are similar, More recurrence with external approach, More cases can be treated endoscopically, Frequent use of open approach only reflects lack of equipment and expertise in carrying out endoscopic treatment [14].

Despite the advent of endoscopic sinus surgery, external frontoethmoidectomy has remained the mainstay of treatment for frontal and ethmoidal sinus pathologies in this region. Early presentation for specialist otorhinolaryngological management can reduce morbidity and mortality.

All the authors agreed and none of them have conflicts.