Frequency of Neuropathic, Vascular and Neuroischemic Foot Ulcers in Diabetes and Risk of Infection with these Etiologies

Background: Diabetic Foot Ulcers (DFU) is a hazardous consequence of diabetic foot disease with a very high rate of amputation. Diabetic foot ulcers may be neuropathic, ischemic or neuro-ischemic in nature and the type of DFU influences the course of the disease and it is important in deciding the management of foot ulcer.

Objective: To determine the frequency of vascular, neuropathic and neuro-ischemic foot ulcers and to study the association of each type with the presence of infection presenting in a tertiary care diabetes center.

Material & Methods: This descriptive cross sectional study was conducted from July 2019 to December 2019 in diabetes management center services hospital Lahore. Adult patients presenting with diabetic foot ulcers were assessed for neurological status and vascular sufficiency in the lower limbs. Presences of foot deformity and wound status were recorded. Neuropathy was checked by 10 g monofilament test and 128 Hz tuning fork test and vasculopathy was checked by measuring blood pressure in brachial and posterior tibial arteries and calculating Ankle Brachial Index (ABI) in both limbs. Clinically ulcer grade was determined by Wegener’s grading and probe test. And presence of infection was confirmed by swab test of wound. 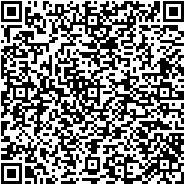