The spread of glioblastoma to the scalp is unusual. Diffusion from the surgical site appears to be the most likely pathway for infiltration through the craniotomy. The features of the metastatic tissue on Magnetic Resonance Imaging (MRI) are similar to those of the initial tumour. We present a multimodal MRI image of a glioblastoma that has spread to the scalp. Five months following surgery, the patient developed a stiff, non-tender palpable lump within the extracranial soft tissues. Low signal on T2 weighted images and comparatively low diffusivity values, indicating hypercellularity, strong contrast enhancement, and increased perfusional blood volume, a neovascularity measure, were all notable observations.

A 51-years-old, Caucasian man presented with partial faciobrachial seizure, with subsequent tonic-clonic generalization in April 2015. Imaging showed a left post-central intra-axial mass lesion [1]. Biopsy results were lower grade astrocytoma (IDH1-2 wild-type, 1p19q non-codeleted, EGFR amplified, MGMT non-methylated). He underwent partial surgical resection due to tumor proximity to the sensorimotor cortex and cortico-spinal tract. Histopathological finding was a secondary progression to glioblastoma WHO grade IV. Radiotherapy (Intensity-Modulated Radiation Therapy) and chemotherapy (Temozolomide) were performed but, after 1 year, he underwent a second surgical excision for local relapse, followed by Bevacizumab treatment. This relapse was located in the left post-central gyrus and underwent to a gross total resection [2].
At the clinical follow up performed five months later, the patient presented with a stiff palpable mass within the extra cranial soft tissue at the level of the craniotomy. Multimodal MRI, including structural T2 and post-Gadolinium T1 weighted sequences, as well as diffusion and perfusion-weighted sequences, was performed. The scalp mass exhibited typical MRI characteristics [3] found in glioblastoma tissue: Low signal on T2-weighted images, marked and inhomogeneous contrast enhancement, relatively low diffusivity values suggesting hyper cellularity and increased perfusion blood volume, a marker of neovascularity. There is not a post-mortem histology that could confirm the radiological diagnosis. Considered the poor general clinical condition of the patient, it was decided to perform palliative radiotherapy on the scalp lesion. The patient died few months after.
In April 2015, a 51-year-old Caucasian male presented with a partial faciobrachial seizure followed by tonic-colonic generalization. A left post-central intra-axial mass lesion was discovered on imaging [4]. The results of the biopsy revealed a lower-grade astrocytoma (IDH1-2 wild-type, 1p19q non-codeleted, EGFR amplified, MGMT non-methylated). Due to the tumor's proximity to the sensorimotor cortex and cortico-spinal tract, he had partial surgical excision. A subsequent advancement to glioblastoma WHO grade IV was discovered histo pathologically. After receiving IMR (Intensity-Modulated Radiation Therapy) and Temozolomide chemotherapy, he received a second surgical excision for local relapse, followed by Bevacizumab treatment after a year. This relapse was found in the left post-central gyrus and had to be removed completely.
We presented a case in which multimodal MRI was used to non-invasively establish extra cranial glioblastoma recurrence while also ruling out other possible reasons of scalp edoema, such as infection and/or dural defect. The presence of convergent MRI lesions, which are typical of hyperperfused, hypercellular solid tissue, substantially supported the diagnosis and permitted biopsy to be avoided in a patient with a poor overall clinical status.
Glioblastoma spread outside of the brain is uncommon [5]. Scalp dissemination can happen as a result of direct extension or seeding from cerebral lesions via the craniotomy defect. Because these lesions have characteristics that are similar to those of the original tumour, multimodal MRI may be useful in diagnosing them [6].
The patient was a 47-year-old woman who had been suffering from cough, dyspnea, and hoarseness for a year when she was admitted to Ankara Bilkent City Hospital (Ankara, Turkey) in June 2018 [7]. Her cough was treated with medications and she was diagnosed with bronchiectasis, but her symptoms did not improve. Because of the worsening of her dyspnea, she was brought to our hospital's emergency department in June 2019. Her tachypnea worsened, and her saturation dropped. Finally, the patient undergoes elective intubation in the emergency room. The patient's left vocal cord was paralysed during the elective intubation, thus an urgent head and cervical computer tomography angiography was conducted. A massive vertebrobasilar aneurysm and evident compression of the brainstem were discovered on CT imaging. Patient was moved to a neurosurgical intensive care unit and began on a loading dose of teicoplanin antibiotic [8].

Prior to endovascular therapy, the patient and her family gave their informed consent. Following the angiography, a treatment plan was developed. The Pipeline was entirely released through the right VA after a micro catheter (headway 17) was inserted into the right vertebral artery [9]. The aneurysm was then emboli zed using coils in a relatively tight fashion. Clopidogrel was started with a 300 mg loading dose and then reduced to 75 mg per day. On day 4, the Clopidogrel resistance test was given a score of 72%. The large aneurysm of the V4 segment was embolized with a Pipeline 5, 35 mm flow diverter device 5 days after admission. Control angiograms revealed blood stagnation in the aneurysm [10].
The patient was drowsy for two days after the endovascular therapy and complained of a headache that was worse than the one he had before the embolization. There were no additional good indicators on physical examination. After surgery, the patient was transported to the neuro-ICU, where her vitals improved and she was intubated on post-operative day two. On the tenth day of the admission, antibiotics were stopped. On the 12th day of her admission, the patient was transferred to the Neurosurgery inpatient service. 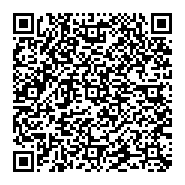