Citation: Poletaev A (2018) How the Phenomenon of Immune Reflexion can be used by Preventive Medicine. Adv Biomed Res Innov 1:1.

The immune system’s ability to reflect qualitative and quantitative changes in antigenic composition of the body, i.e. phenomenon of immune reflection, is one of the most important from a practical point of view. Immune reflection manifests itself as a secondary change in synthesis, secretion and serum concentration of antibodies to any antigen -foreign (xenogeneic) or native (endogenous), the contents of which are steady and significantly changed. Immune reflection is the basis of the implementation of such important functions as:

a) Permanent screening of the molecular structure of the organism at any given point in time and compare the current state of the antigenic composition of cells, tissues and organs with the optimal one (i.e., self-identification and self-assessment of the body condition);

b) Participation in the maintenance of homeostasis (selfpreservation of the organism) throughout the life of an individual due to permanently, non-stop clearance of the organism from the potentially dangerous products of endogenous and exogenous origin.

Many physicians all over the world use one of the particular manifestations of immune reflection for decades. Namely, it is serological identification of specific microbial antigens (e.g. antigens of HIV, hepatitis C or other pathogens) in the subject’s body. The excess of antigens of viruses and bacteria do induce a secondary increase of serum content of antibodies to them, which is effectively used to identify or confirm the diagnosis of many infectious diseases. However, the reaction of the immune system to the microbial antigens is just one manifestation of much more wide phenomenon. Secondary raise of antibodies to specific antigens of cells of the own body often precedes and accompanies the development of many chronic noninfection human disease, but it is almost completely ignored. Despite the fact that early detection of an excesses of antibodies to the receptors of insulin, or antigens of the kidneys, lungs, liver, etc., can be used for preventive diagnosis of many chronic diseases, including cases of cancer, for months or even years before clinical manifestation [1].

Multicellular organisms are continuously updated. New specialized cells are replacing old, worn out functional resource and dying. In the body of any healthy adult person more than 100 billion cells die every day and are replaced by the new ones [2]. It is more than 100 grams of potentially harmful to the homeostasis products of the decay, myriad of dead and dying cells. Clearance and recycling of such products is the main function of the immune system. Clearance function-this ancient (archetypical) function of the immune system, aimed to maintain homeostasis. Clearance from the pathogenic viruses and bacteria is just one of the particular manifestations of this global function. The main (quantitatively) part of the clearance is associated with the disposal of highly reactive compounds of the own body, mainly produced by and coming from the dying cells of organs and tissues. Its realization involves two main players: namely different types of cells-macrophages, performing the role of mobile incineration factories and antibodies-opsonins with different antigenic specificity to serve as the cursors-designators for “visually impaired” macrophages [3].

Antibodies that specifically bind to antigens of their own cells (autoantibodies) are extremely important for the utilization and disposal of potentially dangerous products of own dying cells. However, the terms “autoantibodies” as well as “autoimmunity” for a long time have been associated exclusively with autoimmune diseases, because of too dogmatic perception of clonal-selection theory proposed by F.M. Burnet. From the point of view of this concept, the appearance of “forbidden” clones of auto reactive lymphocytes and autoantibodies was considered as a dangerous deviation, so the question of natural physiological autoimmunity simply did not arise. Immune recognition of “the own one”, the binding of autoantibodies to the respective self-antigens, i.e. any form of autoimmunity, were viewed only as signs of autoagression [4]. No doubt the immune system, like any biological system, in certain situations may function incorrectly. This can lead to pathological situations, including autoimmune diseases. However, the frequency of the latter in the population is greatly exaggerated [5].

From a medical point of view, it is crucial to distinguish between primary (pathogenic) and secondary (physiologic, sanogenic) autoimmune phenomena. The primary (pathologic) autoimmune phenomena are rare. They may be induced by harmful factors acting on cells of the immune system (e.g., lymphotropic viruses, some chemicals), and only occasionally can initiate the development of self-sustaining systemic or organ-specific autoimmune diseases. Much more often secondary (physiological) autoimmune reactions account for more than 99% of manifestations of autoimmunity. Such reactions reflect a compensatory and transitory activation of the immune system, aimed at restoring the disturbed homeostasis in some compartments of organism because they are aimed to increase the efficiency in clearance of damaged tissue and activate the reparation. According to P. Matzinger, permanent state of the immune system is the absence of functional activity (“stands by” position) [6]. It can be awakened only upon request. Such query in the form of molecular signals may come from cells of any organ or tissue, if they are in need of help from the immune system. These signals (“danger signals”) are sent by the damaged tissue, which needs an increased clearance from dead and dying cells. Many intracellular molecules, usually not coming in the extracellular environment can act as such signals [6]. As a result a secondary activation of sanogenic autoimmunity may be seen. Such activation include rise of production of autoantibodies with required specificity, and may be considered as universal sign of any tissue damage [7]. This physiological autoimmune response is characterized by pronounced tissue-specificity. In response to a primary heart muscle damage enhanced production of cardiotropic autoantibodies that interact with the antigens of the myocardium, liver damage causes the growth of hepatotropic autoantibodies, brain damage causes the growth of neurotropic autoantibodies, etc. [7,8]. As a result, tissue damage of any location and of any origin as in a Magic Mirror is reflected in changes of the content of antibodies of certain specificity. Essence of the phenomenon is explained by the concept of an immunochemical homeostasis [Kovaliov, Polevaya, 1985], according to which the levels of synthesis of autoantibodies are regulated by the concentrations of available autoantigens on the principle of feedback.

The rate of apoptosis of mature differentiated cells of each type is approximately the same for all healthy adults. Therefore expression and transition into the extracellular space of any cytoplasmic, membrane and nuclear antigens of specialized cells is approximately equal in all healthy persons (individual differences are usually small). Accordingly, serum levels of autoantibodies of the appropriate antigenic specificity also will vary only a little. However, the development of any pathology significantly changes the overall picture because the formation of chronic diseases is directly associated with excessive dying of specialized cells and/or with abnormality in expression of certain macromolecules. Both can be reason of extracellular excess of certain antigens. In turn, a persistent increase in the extracellular content of any autoantigen inevitably is accompanied by quantitative changes in the content of respective autoantibodies [9]. For example, excessive production of defective protein p53, typical for many cases of malignancy, is accompanied by a secondary increase in the production of auto-antibody to p53 [10]. For preclinical stages and initial clinical period of insulinindependent diabetes type II the expression of insulin receptors increase as a compensatory reaction of the organism in response to functional impairment of receptors. This leads to increase in the serum levels of autoantibodies to insulin receptors [10,11].

Occasionally, functioning of the immune system can be steady infringed. It can manifest, for example, by abnormal autoimmunity activation in the absence of tissue request. But such situations account for less than 1% of all cases of activation of autoimmune reactions. Therefore, it is fundamentally wrong to reduce the episodes of rise of serum autoantibodies to pathology only. It is as wrong as to declare the thyroid hormones pathogenic factors only on the basis that potentially they can cause thyrotoxicosis.

The use of “immune mirror” for the diagnosis of infectious diseases only, not using it to identify the chronic pathological changes in any part of our body, is at least strange. In fact, attempts to analyze changes in the serum profiles of natural autoantibodies for preventive (pre-nosological) diagnosis started long enough [1,7,10]. However, wide dissemination of appropriate methods interfere unduly dogmatic and unreasonably negative attitude of modern medicine to the concept of autoimmunity as such. Of course, medical conservatism is very important for medicine in general (noli nocere!), but an excess of it can become really annoying. 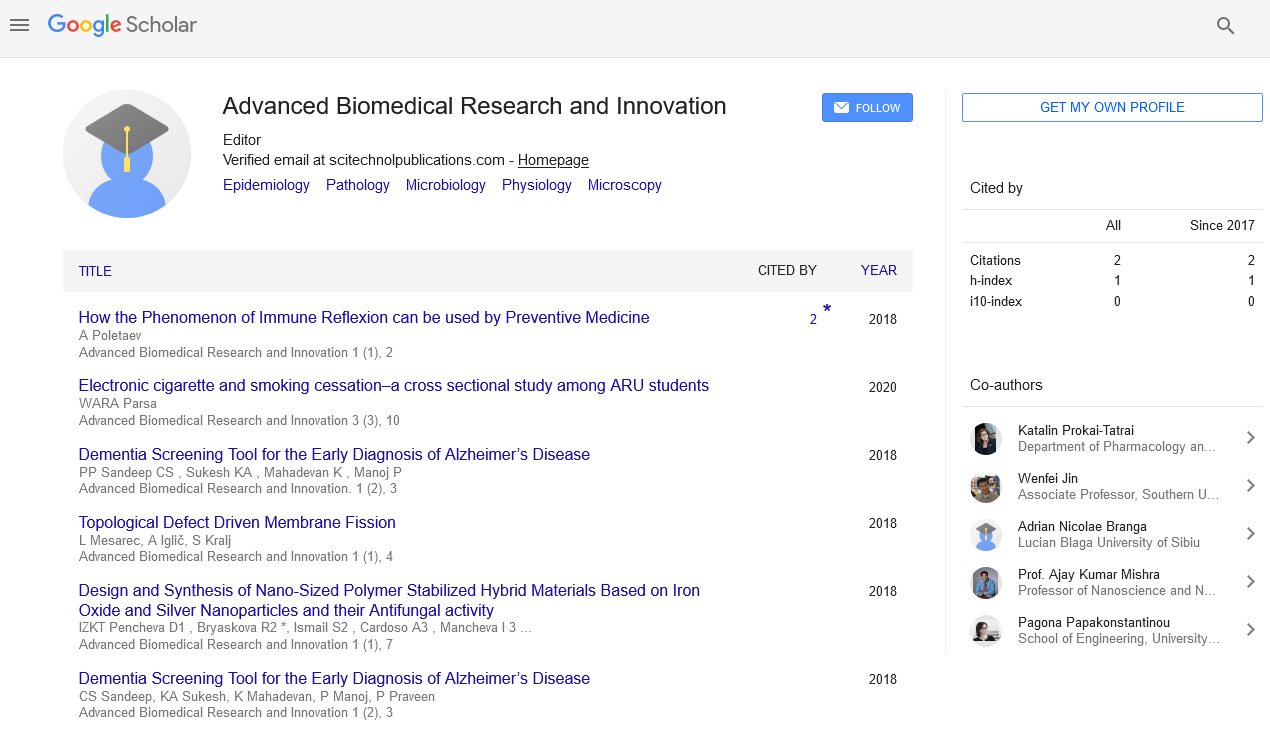