The expansion in worldwide death rates from SARS-COV2 (COVID-19) disease has been disturbing subsequently requiring the persistent quest for practical helpful intercessions. Because of insignificant microbial parts, subunit (peptide-based) immunizations have shown superior efficacies in invigorating immunogenic reactions by have B-and T-cells. Integrative immunoinformatics calculations were utilized to decide direct and intermittent B-cell epitopes from the S-glycoprotein arrangement. End-point choice of the most potential Bcell epitope depended on profoundly fundamental physicochemical properties. NetCTL-I and NetMHC-II calculations were utilized to anticipate plausible MHC-I and II T-cell epitopes for universally continuous HLA-A O2:01, HLA-B 35:01, HLA-B 51:01 and HLA-DRB1 15:02 atoms. Profoundly plausible T-cell epitopes were chosen in light of their high affinities for C-terminal cleavage, Transport Protein (TAP) handling and MHC-I/II restricting. This study carried out combinatorial immunoinformatics techniques to display Band T-cell epitopes with high possibilities to set off immunogenic reactions to the S protein of SARS-CoV-2. Covid is a pneumoniarelated episode that escalates from a milder to a more extreme circumstance. This dangerous infection has a place with the family Coronaviridae known to have a positive-sense, single-abandoned polyadenylated RNA infection, bound to influence people and creatures. Covid have been distinguished in a few avian hosts as well as in different warm blooded creatures, including camels; bats, veiled palm civets, mice, canines, and felines. Novel mammalian Covids are presently routinely distinguished. Human Covid strains like HCoV-229E, HCoV-NL63, HCoV-HKU1, HCoV-EMC, and HCoVOC43 have been pestilence in different mainland locales in the past causing numerous respiratory sicknesses of changing seriousness, including normal cold, pneumonia and bronchiolitis.

Among a few Covids that are pathogenic to people, most are related with gentle clinical indications. Be that as it may, Severe Acute Respiratory Syndrome (SARS) Covid (SARS-CoV) and Middle East Respiratory Syndrome (MERS-CoV) arose to be more deadly contrasted with different strains of human Covid. SARS-CoV is a beta Covid that arose in Southern China in 2002 which prompted in excess of 8000 human contaminations and 774 passings in 37 nations during the years 2002-2003. As of now, the clever Coronavirus SARS-CoV-2 (2019-nCoV) which has caused a worldwide frenzy apparently started from the food market in focal China city. This, has, thus, represented extreme pestilence episodes in different regions of Mainland China, which has additionally spread to 27 different nations. There are presently quick expansions in the passing rates brought about by the angry novel Covid strain. Despite the fact that N is generally engaged with processes connecting with the viral genome, it is likewise engaged with different parts of the CoV replication cycle and the host cell reaction to viral disease. The M protein is the most plentiful primary protein and characterizes the state of the viral envelope. It is likewise viewed as the focal coordinator of viral gathering, connecting with any remaining significant SARS-CoV-2 underlying proteins. The SARSCoV- 2 communicates from human-to-human through close contact particularly through viral beads from sniffling and hacking. The indications of the viral sickness incorporate high fever, dry hack, and breathing hardships. Infection replication and multiplication happen, as assessed, in an extent of 3-5 for example the infection contaminates 3 to 5 individuals for each settled disease in any event, during the brooding time frame. Other examination bunches have assessed the essential propagation number somewhere in the range of 1.4 and 3.8. All the more in this way, it has been demonstrated that the infection can send along a chain of no less than four individuals.

The NetCTL 1.2 technique was utilized for the distinguishing proof of the CD8+ T cell epitopes from the antigenic S-protein. This instrument capacities utilizing different combinatorial techniques like SNN (Simulated Neural Network), weight framework and an Artificial Neural Network (ANN). NetCTL forecast strategy coordinates the peptide significant histocompatibility complex class I (MHC-I) restricting, proteosomal C-terminal cleavage, and TAP transport proficiency. The individual boundaries utilized for this examination were set at edge 0.9 to upgrade awareness and explicitness. This permitted us to recognize more expected epitopes for additional examination. A consolidated calculation of MHC-I restricting, TAP transport proficiency, and proteasomal cleavage productivity was chosen to foresee generally score. These depict the essential phases of the antigenic show pathway. Besides, the most plausible T-cell epitopes (9-mer) were distinguished and their comparing 3D constructions were displayed utilizing the PEPFOLD3 calculation. The expectation strategy used a recreation run of 200ns notwithstanding a sOPEP energy work, which empowered the inspecting of numerous compliances anticipated. Additionally, around 1043 deposits were situated in the inclined toward locale (82.1%) while those in the permitted numbered up to 195 (15.3%) with around 2.6% (33 buildups) comprising the exceptions. Taken together, an impressive level of accuracy can be assumed for our model since around 97.7% of buildups of the anticipated model exist in the leaned toward and permitted areas. A visually impaired docking approachwas utilized to explore the instruments of collaborations between the anticipated T-cell epitopes and chose HLAs of MHC classes I and II. This was a significant strategy since it was appropriate to recognize districts on the HLA particles where the epitopes would specially tie in view of partiality and complementarity. Underlying examination of the separate epitope-HLA buildings uncovered the most special restricting locales comparative with the solidified constructions. Trademark epitopic properties, for example, antigenicity, hydrophilicity, surfaceopenness, surface availability among others are fundamental for B-cell receptor restricting and acknowledgment which is fundamental for inciting B-cell interceded safe reactions. These variables were in this way considered for foreseeing potential direct B-cells epitopes for SARS-CoV-2 S-glycoprotein. With this impact, we executed a visually impaired peptide-docking approach wherein existing restricting site data was not considered throughout complex readiness. Rather, the most plausible epitopes anticipated were permitted to join specially, without restrictions, to destinations on the MHC particles. Viral Infections by SARS-CoV-2 have converted into a worldwide pandemic since it rose up out of the Wuhan district of China in 2019. From that point forward, various endeavors have been set up to find powerful treatment routine for reducing its spread across our public lines. While drug atoms have been basic to a few sickness therapy, the efficacies ofpeptide antibodies in pathogenic diseases can't be over-underlined since it evokes its functionalities by collaborating with receptors of Band T-cells while setting off immunogenic reactions. All the more along these lines, peptide immunizations are planned from cell parts of the irresistible living beings, subsequently the capacity to set off resistant reactions when distinguished. Albeit, no viable treatment choice has been found, we propose the practicality of a peptide immunization planned from B-and T-cell epitopes got from the viral Spike (S) protein. In this review, we executed different calculations to recognize profoundly likely B-and T-cell epitopes for antigenic SARSCoV- 2 S-protein which is significant for connection and passage into have cells. Straight and intermittent (non-direct) epitopes were positioned and anticipated utilizing different calculations from the IEDB, which completed its determination in view of the innate physicochemical properties of the epitopes. In like manner, adaptability, surface openness/openness, hydrophilicity and antigenicity were considered for B-cell epitope expectation. Most plausible CD4 and CD8 T-cell epitopes were likewise anticipated, especially their limiting penchants to MHC-I and MHC-II atoms of the HLA-A, HLA-B and HLA-DRB1 supertypes. These forecasts were also performed by thinking about the antigenic show pathways. 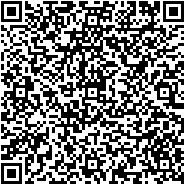