Knowledge of Women on Menopausal Transition in a Selected Panchayath, Kozhikode District

Background: Peri-menopause is a very complex time in woman’s life. Good understanding is required to undergo this stage in a healthy way. A study on the attitude of the working woman on menopause revealed, nurses and post-menopausal woman had positive attitude than teachers and pre-menopausal woman. Studies are of the view that health literacy on urinary incontinence to be improved to enhance the QOL, since many consider this as part of their aging. Data from the woman’s search for information on menopause revealed only less than half had any sort of learning related to menopause. They expressed the sentiments of shame or sentiments of disregard by the health care agencies. Studies reported that participants having more negative attitude are having more chance to have depression. Women with natural menopause had good body image score than with surgical menopause.

The World Health Organization defines natural menopause as the permanent stop of period ensuing from the loss of ovarian follicular activity while not a visible intervening cause and is confirmed solely once twelve consecutive months of amenorrhea. In general, the natural menopause time happens between forty five and fifty five years of age.

Menopausal transition and menopause are simply a result of the bodily physiology of women. Since the life expectancy has been increased, the women need to spend their major life in this particular stage. Irrespective of the place of residence, the culture they belong, all suffer from menopausal symptoms of varying degrees. The prevalence and symptoms might differ according to the population they belong depending on many factors. Menopausal transition symptoms can be classified under various headings such as somatic symptoms, hormonal symptoms, mental or psychologic symptoms and skeletal symptoms. Depending on the degree of symptoms, the women’s day to day life also may get affected and in turn their health related quality of life too.

Non experimental approach with a cross sectional survey design was adopted. 420 women of 40-55 years from Randomly Selected seven wards of (wards 3, 5,14,18,20,21,24) a selected panchayath of Kunnamangalam block of Kozhikode district, Kerala were included using a cluster sampling technique. After getting IEC permission from Govt. college of Nursing, data were collected using a semi structured interview schedule having three parts. Section A with socio personal variable, Section B to assess the reproductive, marital and clinical data. Section C to assess the Knowledge on menopausal transition. This section consists of 24 items, which are categorized as 8 items on the meaning and causes of menopausal transition, 7 items under signs and symptoms and problems associated with menopausal transition and 9 items under diet, exercise and management strategies adopted.

Socio personal characteristics of the participants

The mean age of attainment of menarche was 14. 12 years with a SD of 1.21 and nearly 90% attained menarche between 11 and 15 years. But 11% attained after the age of 16. Out of the total sample, 38.1% attained menopause. Out of the rest 38.6% had irregular menstruation and the rest with regular menstruation. Out of the sample with irregular menstruation, 23.8% had cycle duration less than 25 days and 13.6% had a longer cycle i.e., within 35-65 days and 1.2% had other type of irregularity. Women with menstruation 36.7% had a flow less than 5 days, 18.6% with 5-7 days of flow and 6.7% had >7 days flow. Out of the samples 92.9% were married, 1.2% were single, 4.5% widows and 1.4% living separated. Regarding age at marriage more than half married after 20 years (55.2%), 13.3% got married before 18 years and 1.2% was not married. The average age of attainment of menopause was 47.83 years. As far as other illnesses are concerned, 47.4% had the history of illnesses. Diabetes mellitus, Thyroid disorders and hypertension were seen more in this study group. Out of the sample with history of illness, 5.7% had Diabetes mellitus and 12.4% had Hypertension.6.7% with thyroid disorders and 6% with rheumatoid arthritis and 4.5% had the history of allergy. DM and hypertension were seen along with almost all other illness in this group [6-8].

Peri-menopausal status of the participants

Among the participants one fifth belonged to pre-menopausal (23.3%), 38.6% menopausal and 38.1% post-menopausal stage as per STRAW criteria. Out of the post-menopausal group 35.5% had natural menopause and 2.6% had surgical menopause (attained menopause after hysterectomy). The mean age of menopause was found to be 47.83 years. As far as number of pregnancy are concerned, more than 50% had less than two (57.1%), and 6% never became pregnant and not having children. Out of the sample, 10.7% of the women have one child, 50% with two children and 31.9% having more than two children. Regarding history of abortion 30.7% had and the rest don’t.

Nearly one third (22.1%) of the sample underwent ca cervix screening and the rest do not. Regarding mammogram 5.5% only underwent mammographic screening. More than three fourth (65%) of the sample used oral contraceptive pill in their life for different reasons. Nearly ninety percent completed their last child birth before 35 years; More than forty percent breast fed their baby for one year and 35.71% breast fed for more than 2 years [9-11].

Knowledge on Menopause and Menopausal Transition 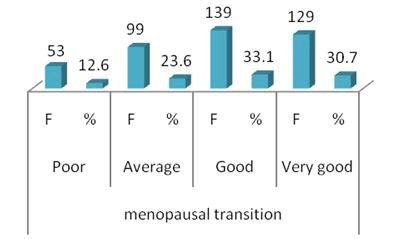 Figure 1: Distribution of participants based on total knowledge on menopausal transition.

There was not a statistically significant effect of marital status on knowledge of women on menopausal transition at the p<0.05 level for the four groups (Figure 2).

Figure 2: Distribution of participants based on knowledge on meaning, causes, symptoms, problems, diet, exercise and management of menopausal transition.

It is evident that from the above table the mean knowledge score of participants on menopausal transition was 14.94 ± 6.287, the mean score of health challenges were 13.01 ± 7.36 and the mean score of management strategies adopted were 9.98 ± 4.58. The knowledge score showed an average level, which is according to their basic characteristics. The chance of getting health related knowledge to this population was not that much high. But recently more and more governmental projects and medical institutions has taken the role of making aware about the importance of healthy living and health screening to the population (Table 2).

The aim of the study was to assess the level of knowledge of women in menopausal transition on the most frequent symptoms accompanying the menopausal transition as well as the management strategies what they know and follow. The study was conducted among 420 women. The present study showed nearly one fifth of the population belongs to the age group less than or equal to 44(25.7%), nearly one third in the age group of 45-49 years (35.5%) and the remaining one third belonged to the age group of greater than 50 years (38.8%). A selfprepared knowledge questionnaire was used to investigate their level of knowledge on the most common menopausal symptoms and methods of alleviating them.

Current reports indicate that there is a relationship between women’s socio-economic status and their level of knowledge on the menopausal transition. Better knowledge and understanding about the common health challenges associated with this inevitable stage in women’s life help them to phase this task very efficiently. Early recognition of bodily changes and timely seeking of health care services will surely improve the health related quality of our women.