Large Cell Neuroendocrine Carcinoma of the Larynx: A Case Report and Review of Literature

Laryngeal neuroendocrine carcinomas (LNEC) constitute <1% of all tumours originating from the larynx and are believed to originate from pluripotential stem cells located in the submucosa of the larynx. It is hard to estimate the true incidence of large-cell neuroendocrine carcinoma (LCNEC) because the WHO classification does not make a distinction between atypical carcinoid tumors and large-cell neuroendocrine carcinoma. In the current classification, laryngeal LCNEC is considered synonymous with atypical carcinoid/moderately-differentiated (Grade II) neuroendocrine carcinoma. This distinction is clinically important as the clinical behavior and response to treatment differs greatly between subtypes. We report a rare case of metastatic LCNEC of subglottic region of larynx who is treated with chemotherapy and radiotherapy and a review of literature on the diagnosis and treatment of these tumors is presented.

62 year male patient presented with chief complaints of difficulty in breathing and swallowing solids for last 10 days, initially mild, and gradually increased. He also complained of hoarseness for last few days. On examination, he had stridor. Oral cavity and oropharynx was normal on clinical examination. No palpable lymphadenopathy was present in neck. Emergency tracheostomy was done for stridor [1-3]. In view of metastatic disease, patient was given 4 cycles of palliative chemotherapy with inj. Cisplatin 50 mg i/v Days 1-3 and inj. Etoposide 150 mg i/v Days 1-3, repeated 3 weekly. After completion of chemotherapy, palliative external beam radiotherapy was delivered to primary site using 6 MV linear accelerator, by two parallel opposed lateral neck fields defined on conventional simulator. 30 Gy in 10 fractions in two weeks, 300 cGy/fraction/day, 5 days a week, was delivered. Subsequently, he is on regular follow up after completion of radiotherapy, for last 4 months and is asymptomatic till last follow up.

Laryngeal LCNEC is a newly described pathological subtype of neuroendocrine carcinomas of the larynx. Neuroendocrine tumours of larynx are a distinct, rare, heterogeneous group of neoplasms, which share specific morphologic, histochemical, immunohistochemical, and ultrastructural characteristics with variable prognosis. Less than 1% of laryngeal neoplasms are neuroendocrine in origin. Out of more than 700 cases reported in literature, 500 publications deal with uncommon type of laryngeal tumours [6,7]. In the past decade, a few case reports and one series of this rare entity have been published [8-12]. The first case being reported in 1969 [10]. They are believed to originate from pluripotent stem cells. The male to female ratio is 3:1 [13]. Generally these patients are heavy smokers affecting at an average age of 60 years.

Neuroendocrine morphology (arrangement of cells in characteristic pattern eg: Organoid nests, trabeculae and rosettes with palisading of the nuclei )

Immunohistochemical features of that of neuroendocrine tumors eg: positivity to chromogranin , synaptophysin and CD56.

The lung is the most common site of occurrence of LCNEC, only rarely has it been reported in the larynx. Lewis et al. [9] reported the only series of LCNEC of the larynx which included six new cases. In this series, the male:female ratio was 7:2 , and the mean age was 57.8 years , and majority of the cases were supraglottic in origin.

High occurrence of LCNEC in the supraglottis could be explained by presence of some neuroendocrine cells similar to the “kulchitsky cells” in this region. However, in a study by Chung et al. [9], nonneoplastic laryngeal tissue was studied and they reported the presence of “kulchitsky”-like bipolar neuroendocrine cells in the epithelium of the ventricle and subglottic region.

Symptoms at presentation depend on the subsite and extent of disease. If supraglottis is the site of origin, then the first symptom might be a painless neck mass as a result of cervical nodal metastasis. Other symptoms such as cough, hoarseness, dysphagia, sore throat, hemoptysis, and otalgia might be present. However, paraneoplastic symptoms do not occur in such cases and no other unusual clinical presentation has been described in the literature. Neuroendocrine tumours of the larynx are rarely associated with clinically evident hormonal activity and elevated levels of circulating catecholamines and their derivatives. Therefore, the role of routine evaluation of hormone levels in patients with neuroendocrine carcinoma of larynx remains questionable [16].

Treatment approach differs depending upon the stage of the disease. Surgical resection is suggested for treatment of local disease. Total or subtotal laryngectomy is the preferred surgery, depending on the disease extent. Bilateral elective selective lateral neck dissection is done in N0 cases, as disease spreads early to cervical lymph nodes. Since these tumors spread to levels II–IV of the neck, selective jugular neck dissection is also indicated in the presence of mobile lymph node metastases [17]. Early stages LCNEC respond well to chemotherapy.

Patients with metastatic disease present a therapeutic challenge. As of now, there is no clear consensus regarding the optimal management strategy and therapy is not standardized for metastatic tumor. There is a debate as to whether it should be treated with chemotherapy as per the treatment of small cell neuroendocrine carcinoma or the use of local modalities such as surgery or local radiation therapy.

Commonly used chemotherapy drugs include cisplatin, etoposide, cyclophosphamide and doxorubicin. Chemotherapy and radiotherapy do not influence survival as it does not appear sensitive to radiation or chemotherapy. Its role in advanced stages is not well studied.

The prognosis of laryngeal LCNEC is significantly worse than other neuroendocrine tumor subtypes with substantially shorter survival, a fact that is reflected by its aggressive tumor histology i.e high mitotic rate and extensive tumor necrosis. An unfavorable course is observed when there are lymphatic emboli or when the Ki67 index is higher than 5%. Clinical behaviour of laryngeal carcinoids differs greatly from typical midgut carcinoids. Atypical carcinoid is an aggressive malignant tumor with a potential to spread early to neck nodes and distant sites. Distant metastasis remains the leading cause of death. The overall five-year survival rate is about 48% and the 10-year rate is 30% [10]. It may not be wrong to say that tumour location in larynx may also have a prognostic relevance, as supraglottic tumours have early cervical lymph node metastasis. Data from subglottic region is lacking.

To our knowledge, this is the first reported case of LCNEC with primary disease in the subglottic region of larynx. It makes this case important to report as, the disease has responded well to inj cisplatin and inj etoposide, and radiotherapy, though the follow up is short to comment upon the long term response.

Gene or protein expression studies might help us to accurately diagnose this disease as well as improve our ability to predict the success of treatment and identify new targets for therapy in LCNEC. These tumours have potential for early widespread metastasis leading to poor survival and therefore, there is a compelling need to develop more effective and novel systemic therapies. Due to the rarity of these tumours, only small series have been published and no standard guidelines are available for treatment. Prompt reporting from various institutes and treatment results may help in establishing treatment protocol. 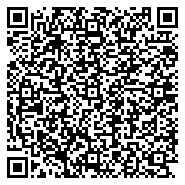