Acute appendicitis is the most common cause of acute surgical abdomen and appendectomy is one of the most common abdominal surgeries in the field. Incomplete appendectomy forfeits in the peritoneal cavity the appendix tip or an appendix stump too long [1]. It is recomended that the remaining appendicular stump length should be <0.5 cm [2]. Incomplete appen-dectomy is more commonly seen in the context of acute appendicitis, but was also seen in the case of chronic appendicitis [1]. The remaining segment can be a source of immediate complications (peritonitis, abscess, fistula purulent) or late ones (inflammation, abscess, fistula) [1]. The inflamation of the remaining appendix stump (stump appendicities) has the same symptoms as those of primary appendicitis.

We present the case of a patient age 25, with mild mental retardation who was hospitalized on our ward in September 2014 showing a stercoral fistula at the post-appendectomy scar level in the right iliac fossa, with a daily flow of about 20-30 ml. Anamnesis the fistulous drainage debut was 3-4 weeks ago, after a spontaneous evacuation of a parietal abscess. To note that the patient was operated for acute appendicitis at the territorial hospital in 2010. In the postoperative period the patient was transferred to another surgical section showing a necrotizing fascitis in the right iliac fossa, with slow healing per secundam. Later, in 2012 the patient returned, presenting a right iliac fossa abscess that required incision. The patient is addmited in good general condition, afebrile, showing bowel movements, and no other significant pathological complaints. Local exam of the postoperative scar in the right iliac fossa, showed a fistulous orifice diameter of 1.5 cm. On exploring it, was visualized under the aspect of intestinal lumen. Biological samples were not modified and the abdominal fluoroscopy without hidroaerice levels or pneumoperitoneum. On September 24, 2014 the patient is operated on under spinal anesthesia through a McBurney incision in the right iliac fossa that circumscribed the fistulous hole. Excision of the scar tissue and of the ulcerated and inflamed skin area is performed. It was identified a proximal appendix bunt of 2.5 cm length, having the distal end beant fixed to the abdominal wall (Figures 1 and 2). We proceeded to the completion of appendectomy with inverting the stump (Figures 3 and 4). Postoperative evolution was uneventful. She was discharged on the fifth postoperative day. Histological examination of the resected specimen revealed an inflamed appendiceal stump. A follow-up consult one month after surgery showed a patient in good general health with no symptoms (Figure 5). Figure 3: Appendectomy with inverting the stump. 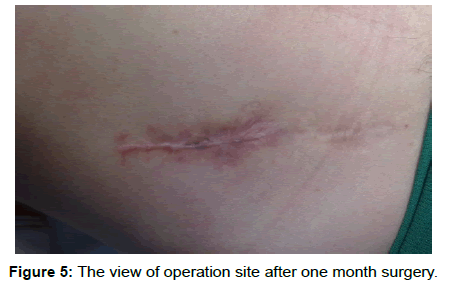 Figure 5: The view of operation site after one month surgery.

Complications encountered after appendectomy include woundsite infection, postoperative illeus, intra-abdominal abscess, and leaks from the remnant stump [3]. The fact that the diagnosis of stump appendicitis is usually not considered as the possible etiology for right lower quadrant abdominal pain in patients with prior appendectomy creates a delay in making the correct diagnosis and explains why the rate of perforation for stump appendicitis approaches 70% [4]. The first to describe stump appendicitis for patients who had previously undergone an appendectomy for appendicitis was Rose in 1945 [5]. It is defined as the interval re-inflammation of any residual appendiceal tissue after appendicectomy [2]. This complication can occur both after the classical appendicectomy and after the laparoscopic one. Because of the lack of a 3-dimensional view and lack of tactile feedback, some authors consider that laparoscopic appendectomy is a risk factor for stump appendicitis [5]. The time from appendectomy to the development of stump appendicitis ranges from 2 months to 21 years. The length of the stump ranges from 1.3 cm to 5.1 cm [6]. The common acquired causes of enterocutaneous fistula include strangulated groin hernia especially femoral hernia, tuberculosis and other granulomatous infections, diverticular disease of the bowel, Crohn’s disease, carcinoid tumour and carcinoma of the caecum and appendix [7], foreign body, radiation, nutritional debilitation, and distal obstruction [8]. It bears serious social, psychological, medical and nutritional hazards [8]. An appendicocutaneous fistula was first described by Volz in 1846 at autopsy [9]. Cutaneous fistula may develop after drainage of appendix abscess or after appendicectomy or it may develop spontaneously as a complication of acute perforating appendicitis or as a hazard of incomplete appendicectomy [10-12]. Complete surgical removal of an inflamed appendix is the treatment for stump appendicitis.

During appendectomy should be avoided leaving a long appendix blunt as it may cause complications. Among the causes of stercoral fistula may include apendico-cutaneous fistula. The differential diagnosis of a right iliac fossa pain of a patient with appendicectomy, the posibility of stump appendicitis should not be overlooked.