Maternal Experiences of Having a Child with a Cleft

Objective: This study aimed to investigate the feelings of Vietnamese mothers having a child with cleft lip and/or palate (CL/P), their belief in the causation of CL/P, and changes in their postpartum life.

Method: A total of 76 mothers participated in this retrospective study. Questionnaires were used to gather information.

Results: The prominent feeling was sadness. Almost half of the mothers did not think about the reason of CL/P.A majority of the mothers received support from the husband and/or family members. No changes in the mother’s postpartum life were recorded in nearly half of the responses.

Conclusions: Vietnamese mothers' feelings were negative but less extreme and intense. Many were not aware of the causes of the defect. Changes in their life were little.

Orofacial clefts are among the most common congenital anomalies worldwide. The clefts include cleft lip with or without cleft alveolus (CL ± A), cleft lip and palate (CLP), and cleft palate (CP). The causes are related to genetic factors, environmental factors, and the interaction between the two factors [1]. Orofacial clefts affect approximately 1/700 live births depending on geographic origin, racial and ethnic groups, environmental exposures, and socioeconomic status. Asian populations were reported with a high prevalence of 1/500 [2]. The prevalence of orofacial clefts in Vietnam is 1/671 [3]. Patients with a cleft suffer from a range of problems from functional to esthetic and psychological problems. They need management and treatment from an interdisciplinary team of specialists from early infancy to adulthood [4].

Not only are the patients affected by the defect but also the parents of the patients. The fathers have been less included in research because of marginalized fathers and centralized mothers research, difficulty in recruitment of fathers into research, and an overall lack of attention to fathers’ influences on their children [5]. Due to the maternal bond between a mother and a child, the mother’s feelings to the child have been investigated more frequently [6]. During pregnancy, the mother lives with an imaginary baby who is a symbol of perfection that the parents have desired and dreamt of. A real baby that is born having a cleft causes a gap between the imaginary baby and the real baby. The deviation from the expectation of having a perfect baby result in an outbreak of unexpected feelings of the parents [7].

Patients with a cleft in central Vietnam were mainly operated by foreign charity surgical teams. The patients were not treated comprehensively yet; the cleft treatment was mainly cleft surgery and/or scar revision. The patients, as well as their parents, were not counseled by a psychologist at any stages of the treatment procedures. The purposes of the present study were to explore maternal feelings of having a child with a cleft, their belief in the causation of a cleft, and changes in their postpartum life.

The study was approved by the research ethics committee of Hue University of Medicine and Pharmacy. Informed consents were given by the mothers of the patients (hereafter referred to as the mothers).

The study was conducted in March 2016. We used convenience sampling strategy to recruit mothers. Public announcements on both local and national television channels were made to invite them for the study. The mothers whose children had nonsyndromic cleft lip and/or palate (CL/P) were included. A total of 76 mothers agreed to participate in the study.

A set of questionnaire was designed to gather demographic information of the mothers such as educational level and occupation. Open-ended questions were used to ask about the mothers’ feelings towards the cleft diagnosis, their belief or knowledge of causes of CL/P, and changes in their life. Their socioeconomic status was computed from the educational level and occupation. The status was assigned as lower socioeconomic if the mothers had a manual job and low education (primary school or below). Higher socioeconomic was appointed if they had a non-manual job and higher education (college/ university or above). The remaining group was classified as middle socioeconomic.

A majority of mothers learned of their child’s diagnosis at birth (64.5%), the rest received a prenatal diagnosis (35.5%). The cleft type that was prenatally diagnosed was mainly CLP (66.7%). Half of the mothers who received a diagnosis prenatally were offered counseling by medical staffs. As for those who were not diagnosed prenatally, mostly obstetricians at medical centers where the child was born diagnosed the cleft disorders.

Feelings of having a child with a cleft

Belief in the causation

Nearly half of the mothers did not think of the reason (47.4%). Other mothers named several potential causes of the defect from their perspective: diseases or abnormal conditions, medications, chemicals, hereditary. The diseases or conditions ranged from a common cold, fever, or hyperthyroidism to being pregnant when getting old, sleeplessness, stress, or meningitis. Medications that they mentioned were excessive vitamin A or anti-cold medicine. Chemicals were thought to be dioxin or pesticide. Educational level, as well as socioeconomic status, did not influence the belief of the mothers (p>0.05).

A majority of the mothers had the support from their husband and/or the family members (92.1%). The rest did not have any support from their husband nor other family members (7.9%). No major changes in their life were reported by 40.8% of the mothers. Others listed some issues they faced: financial difficulties, feeding problems, mental depression, or general difficulties. A high percentage of the mothers did not keep their child away from the crowd or avoid outdoors activities (78.9%). The cleft visibility had no association with the support from the family nor changes in the postpartum life (p>0.05).

Although the mothers recruited in this study was based on a convenience sampling, they well-presented the proportion of the population in rural and urban areas. Their socioeconomic status also reflected the situation of a developing country like Vietnam. Therefore, the findings of the present study could be applied to the population at large.

Feelings of having a child with a cleft

Mother’s reactions to the children with a cleft varied according to their own mental health, knowledge of the deformity, and individual characteristics. Mostly the mothers reacted with strong feelings, and the feelings are negative in nature [6]. While mothers in prior studies expressed the feeling of shock [8-10], or surprise [7,11], the mothers in our study mostly reported the feeling of sadness. There are some explanations for the fact that the feeling of Vietnamese mothers seemed to be less extreme and aggressive. Firstly, the awareness of mothers of the cleft might raise over time; therefore, they were not shocked at the defect anymore. The mothers felt sad possibly because they were disappointed at the defect and felt helpless to change the abnormal condition of their child. Secondly, there is a strong Buddhist influence on Vietnamese people, whether they are religious or not. Buddhists consider the deformity as the consequence of bad karma in the previous life and have an inattentive outlook on the cleft [12]. Lastly, family planning policies might play a role in maternal feelings. In Vietnam, the two-child policy was imposed in the 1960s to control the fertility rate due to the population explosion in that era. Later, in the 2000s, the policy was amended to “each family should have two children” [13]. The flexibility of the regulation might make it easier for the mothers to handle the cleft crisis.

The cultural factor seems to play a role in shaping the reactions as well as feelings of the mothers towards their child’s defect. Thai mothers had the most positive responses towards their child with a cleft, while Chinese mothers demonstrated the most negative responses. The one-child policy in China might affect Chinese mothers’ feelings. They were trapped between the policy and their child with the defect. Consequently, they reported a relatively negative maternal affect [14]. In Brazil, reactions of the mothers when they knew their child’s diagnosis of malformation and saw their child for the first time were those of surprise, crying, shock, despair, denial, fright, and normality. The mothers’ feelings were guilt, shame, and pity [7]. In Japan, the reactions were “could not believe it”, “surprised”, “almost became crazy” [11]. In Sweden and Northern Ireland, parents were mostly shocked by the diagnosis of the cleft [9,10]. In South Africa, mixed feelings of shock, anxiety, distress, worry, sadness, and misery among parents raised upon the birth of their child with a cleft. However, some reported a combination of shock and acceptance as a gift from God [15].

Belief in the causation

Vietnamese mothers did not report any superstition nor folk belief related to the causes of the cleft. We assume this to be a positive effect of modernization. In developed countries, because of widespread access to healthcare, parents mostly advocate scientific causal belief of the cleft such as genetic factors, hereditary attributions, infections, or environmental factors. Although superstitious belief does exist, it is rarely reported [16,17]. On the contrary, in developing countries, due to a lack of or insufficient prenatal care, parents rely more on religion and folk belief to explain the defect [17].

A study in Brazil showed that according to the mother’s perception, factors that could potentially cause clefts were lack of calcium, genetic factors, genetic factors associated with environmental factors, and medication used by the husband [7]. In India, many families ascribed the cleft to natural causes or “God’s will”. Some thought the cleft was a punishment due to sins in the past life as influenced by the Hindu religion. Others gave peculiar explanations such as a solar eclipse during pregnancy or starvation in the village [18]. In Zimbabwe, the parents believed it was a natural deformity, caused by witchcraft, oral contraception, and infidelity [19]. A recent study in Nigeria’s major ethnic groups revealed a considerable level of ignorance about the cultural belief of the etiology of orofacial clefts. The respondents suggested that the reasons for the defects were drugs, chemicals, and concoctions. Interestingly, they also mentioned sickness, infection, abnormal gene, radiation, malnutrition, and the environment. The authors believed that it was due to modernization, critical observation, and influence of formal education [20].

It is quite optimistic to find that the mothers were supported by the husband and/or other family members and did not avoid public life. It is similar to prior studies that parents received practical, emotional, and information-based support from their family and friends [21,22]. In other countries, the children have been hidden away from the public for some time [19], and parents were anxious about exposing the child to new situations [18].

Implications for practice and future direction

The bedside manner, accuracy in the information related to the cleft, as well as the timing of providing information could either ease or aggravate stress of the parents [8,23,24]. Thus, the role of healthcare professionals in Vietnam should be addressed thoroughly. The parents should have a fundamental understanding of the cleft given by professional medical staffs. The mothers might be beneficial from psychological counseling to cope with the defect of their children. The counseling service should be made available to the mothers and provided as early as possible. It was suggested that psychosocial assessments of parents should be incorporated in the approach to treat the patients with a cleft [25]. Financial support should be granted by the government or charity to reduce the financial burden of caring a child with a cleft. It is also important to raise the awareness of public on the cleft disorder. A study showed that due to the reactions from friends, the public, and uninformed nurses, the mothers felt guilty and blamed herself for the baby’s defect [15].

Future research should investigate the feelings of the fathers to complete the picture of parental feelings towards the cleft in Vietnam. In the US, the fathers reported feeling shocked, worried, and sad. They thought CL/P was not a huge concern since cosmetic was the issue [23].

When a child was born with a cleft in Vietnam, the prominent feeling of the mother was sadness. No cultural or superstitious belief in the causation of the cleft was reported. Nor were any major changes in the mother’s life reported. 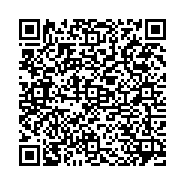