Metabolic Syndrome in Adolescents with Type 1 Diabetes Mellitus in a Mixed Population: Are Girls at a Higher Risk?

Previous studies have highlighted the fact that metabolic syndrome (MetS) is an important precursor to cardiovascular disease [1,2]. MetS in patients with Type 1 Diabetes (T1D) is associated with higher risk of complications [3-5], and its prevalence depends on the population studied [6-8].

The aims of this study were to determine the prevalence of metabolic syndrome in adolescents with T1D in a mixed population and to identify possible associated risk factors.

Data collected were gender, age, duration of T1D, insulin dose (IU/kg/day), comorbidities/medications in use, weight/length at birth and gestational age. We also looked for the family history of Type 2 Diabetes (T2D) and cardiovascular diseases.

To discriminate patients with MetS and without MetS (NoMetS), we used the International Diabetes Federation definition of Metabolic Syndrome [9].

The prevalence of Metabolic Syndrome in this group was 10.5% and the characteristics of the whole group (T1D), as well as the subgroups of MetS and NoMetS, are shown in Table 1.

Table 1: Characteristics of total group and subgroups (MetS and NoMetS), according to IDF criteria in adolescents with T1D.

Comparative analysis between MetS and NoMetS groups revealed that MetS group consisted only of pubertal girls. Also, the MetS group was older and had a higher percentage of patients with overweight or obesity than NoMetS group (75.0% x 19.1%). There was no statistical difference between groups for the other variables, including insulin dose, hirsutism, acanthosis nigricans, low weight/length at birth, and metabolic control, evaluated by HbA1c, which showed only a tendency towards worse control in MetS group.

Studies of MetS in T1D, especially in adolescents, are scarce and very heterogeneous, depending on the diagnostic criteria and characteristics of the population studied [8,10,11]. In this study, we intended to evaluate only adolescents coming from a mixed population, to understand if this age group had any particular risk, different from other studied population. We found that 10.5% (8/76) of them fulfilled criteria for MetS. This result is compatible to the literature, which shows a prevalence ranging from 0.9 to 21% in nondiabetic children and adolescents [7,8,12], and between 7 to 9.5% among young patients with T1D [10,11]. Interestingly, all patients diagnosed with MetS in this study were female. Some studies suggest that female patients have a higher cardiovascular risk, but this is still controversial [4-6,10,11,13]. A cross-sectional health survey, in adults without diabetes in the U.S., found a similar prevalence of MetS between genders. However, they found a higher prevalence of MetS between Hispanics and Afro-Americans women than in men [6]. It is possible that, in a mixed population like ours, female gender should be considered as an independent factor for MetS. MetS group was older and at the final stage of puberty. Studies showed a higher prevalence of MetS in adults with T1D (8 to 40%) [5,14], that could be justified by a further emergence of new components of MetS as T1D progresses [11]. However, in our study, we did not find a correlation between duration of disease and MetS. Pubertal time must influence the risk factor age, in this age group with increased insulin resistance [15,16]. So, time in puberty may be a more important risk factor for adolescents than age, especially if together with female gender and overweight or obesity. As expected, most patients with MetS were overweight or obese. Intensive insulin therapy has been associated with weight gain [10,17,18]. However, in this study, there was no difference in insulin dose between groups; so, we can infer that weight gain may be related to the increase in obesity from the general population, and acts as associated risk factor for MetS [19,20]. We did not find a difference between MetS and NoMetS regarding other clinical or laboratory signs of insulin resistance, as in other studies [13,14]. The current findings suggest that, in patients with T1D, there is a high incidence of Metabolic Syndrome already in adolescence. In a mixed population, overweight or obese female patients at final stages of puberty seem to have an increased risk. More studies would be important to confirm these results in different ethnic populations. Based on these findings, this group of patients should be more carefully monitored, with frequent assessment of blood pressure and lipid levels, and prevention of weight gain stimulated through lifestyle orientation. 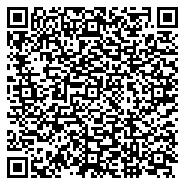