Objectives: Our goal was to analyze the post-operative outcome of myringoplasty. Materiel and methods: This is a prospective and descriptive study conducted in the Otorhinolaryngology and Head and Neck Surgery Department of the Gabriel Touré University Hospital Center from January 2012 to December 2015. We included all patients over six years of age who had myringoplasty. Choleatomatous otitis, traumatic perforations, and children under six, patients with nasopharyngeal infections, patients with immunosuppression and incomplete files were excluded. Operative technique was the classic one with the microscope under general anesthesia. Results: During this study period, 84 patients were identified. The young age group of 06-25 was the most represented with 52% and the average age was 28 years old. The satisfactory anatomic result was obtained (tympanic membrane closure) in 95.2% and the reperforation and graft drop in 4.8%. An improvement of 11 to 30 dB was observed in 49.9% postoperatively. Conclusion:The anatomical result is an imperative for any otology surgeon. This result can be successful by looking for factors that can influence the outcome. The permeatal route with removal of the perichondrium and cartilage with control of the anterior angle gives good results.

Myringoplasty or tympanoplasty type 1 is the reconstruction of the tympanic membrane [1]. It is one of the most frequently performed otology procedures in the treatment of chronic otitis media [2]. Myringoplasty has the advantage of protecting the middle ear against long-term damage by preventing the progression of ossicular lysis and preventing the migratory process of the squamous epithelium through marginal perforations and therefore subsequent onset. Cholesteatoma [3]. The surgical technique used depends on the country and the surgical team. The success rate of myringoplasty depends on the experience of the surgeon; the approach used size the type of perforation; the age of the patient; tubal function; the state of the case of the ear to be operated and the status of the contralateral ear; the type of graft used [3]. This success rate is between 90% and 94% [4]. High frequency of chronic otitis media; its poorly integrated surgical management in the health system in our country and the limited number of surgeons otologists illustrate the few studies carried out on this subject in our center.Our goal was to analyze the post-operative outcome of myringoplasty.

This is a prospective and descriptive study conducted in the Otorhinolaryngology and Head and Neck Surgery Department of the Gabriel Touré University Hospital Center from January 2012 to December 2015. The study focused on eighty-four patients with chronic otitis media and dry fund for three months. In cases where the ear was wet without suppuration after three months of treatment were taken into account. We included all patients over six years of age who had myringoplasty. Choleatomatous otitis, traumatic perforations, and children under six, patients with nasopharyngeal infections, patients with immunosuppression and incomplete files were excluded. The variables studied concerned age; sex; the reason for consultation; the duration of evolution; the type of perforation; the size of perforation; the seat of the perforation; aspect of the contralateral ear.We defined the wide perforation as any perforation greater than 50% in relation to the total surface of the tympanic membrane and the small perforation as perforation less than 50% by the total surface of the tympanic membrane. Tonal audiometry was performed in all patients preoperatively and intraoperatively. The calculation of auditory gain was obtained on three frequencies (500 Hz, 1000 Hz, 2000 Hz; 4000 Hz; 8000 Hz. The mean hearing loss was calculated on the bone curve according to the following formula:

Postoperative follow-up was extended over two years. The data was entered into the SPSS Version 19 software containing an entry mask established from a survey form. We developed a questionnaire including the different variables needed for our study.

With the microscope under general anesthesia with orotracheal intubation. The infiltration with xylocaine adrenaline 2% was carried out at the conch and the external auditory canal. Ravaging the banks of the tympanic reticulum. The graft is removed from the conch. The graft is composed of perichondrium and cartilage. The incision was transmeatal 1 mm above the sulcus. Tympanomeatal flap detachment with exposed malleus. The graft was placed in addition to the malleus and the cartilage deposited in a palisade. Thus the tympanomeatal flap and the perichondrium are folded on the posterior wall of the external auditory canal. We put in place in the external auditory canal of the gelita and the conduit was wicked. The dressing was performed postoperatively and all patients underwent postoperative antibiotic therapy lasting one week.

During this study period, 84 patients were identified. The young age group of 06-25 was the most represented with 52% and the average age was 28 years old. The male predominated with 56% or a sex ratio of 1.27.Signs of consultation included hearing loss in 78.6%, otorrhoea in 20.2% and tinnitus in 1.2% of cases. The duration of evolution of otitis in 96.4% was greater than one year. Perforation was bilateral 51.2%, unilateral right in 21% and unilateral left in 27.4%. The perforation was wide in 73.8% against 25% for small perforations. The size and site (Table 1).

Table 1: Size and site of perforation.

The mean preoperative hearing loss was 52.4% between 41 dB-70 dB, and in 1.2% of cases greater than or equal to 120 dB.In the preoperative contralateral ear in 52, 4% suffered chronic otitis media. The ear to be operated was dry in 85.7% and the ear was wet without suppuration sign in 14.3%. The indications concerned perforations following the chronic otitis media in 96.4% and 1.2% for the retraction pouch and traumatic perforation in 2.4%. The perichondrium and conqual cartilage were the transplant material in 100%. The satisfactory anatomic result was obtained (tympanic membrane closure) in 95.2% and the reperforation and graft drop in 4.8%. The anatomical result was good in 97.7% in the age group of 06 to 25 years, 85% in the 26 to 35 age group, and 100% in the 36 years and over. Smoking patients accounted for 3.6% of our patients. The tympanic closure rate was 66.1% for smokers (P>5%) compared to 96.1% for patients with no specific history. The tympanic closure was obtained in 98% in the subtotal (medium) perforations and 90% in the total (large) perforations. This rate of closure was 96.8% for large perforations against 90.5% (P>5%) for medium and small perforations. The closure rate was 95.8% of cases in patients with a dry bed bottom preoperatively compared to 91.7% for wet beds. Patients with a contralateral ear with otitis media at the time of surgery achieved a tympanic closure rate of 93.2% versus 97.1% for normal contralateral ears. An improvement of 11 to 30 dB was observed in 49.9% postoperatively (Table 2).

The criteria for success of myringoplasty vary from author to author. The consideration of operative success goes from the anatomical result to the functional result.

We obtained a tympanic closure rate in 95.2% of cases and an improvement of 11 to 30 dB was observed in 49.9% postoperatively. The anatomical success rate in the literature varies from 71 to 90.2% of operated patients [5-8] and up to 100% in some series [9-12]. This success rate is defined as the presence of a graft that has been in place for 7 months postoperatively and the closure of the audiometric Rinne of 15 Db is considered as a criterion of success [11]. For Mak there is no association between the success of myringoplasty and/or the improvement of hearing with the size of the perforation [5]. We found a variety of anatomical success rates whether the perforation was small, large, or total or subtotal. Our conclusion is that of Mak who says that the size of the perforation has no influence on the results [5]. Any perforation or atelectasis is considered a failure [6]. We recorded reperforation and graft drop in 4.8%. These failures are due to postoperative superinfection for a few cases operated with a wet bottom. The analysis of the various factors makes it possible to have a satisfactory anatomical result.We have set the age limit for recruitment at six years. This age limit is close to that of the authors. The age of ten years seems to be the ideal age for some [13] and others claim the opposite without a consensus on the ideal age [14-16]. Smoking patients accounted for 3.6% of our patients. The tympanic closure rate was 66.1% for smokers compared to 96.1% for patients with no specific history. Onal et al. [6], the success rate was significant in non-smokers in 78.7% with 47.4% in smokers [6].

Smoking has a detrimental effect on the vascularization of the graft [17]:

- Vasoconstriction that promotes thrombosis due to nicotine.

- Their chemoallergic and immunosuppressive properties increase sensitivity to infectious agents and lead to fragility of the graft.

For Wasson smoking has no detrimental effect on the result [18]. With a statistical test P>5%, we cannot deduce the effect of tobacco on the result. The appearance of the contralateral ear should be appreciated preoperatively; any sign of chronic otitis increases the risk of failure [19]. Onal reported a success rate with 68.75% of normal contralateral ear cases [6]. Patients with a contralateral ear with otitis media at the time of surgery achieved a tympanic closure rate of 93.2%. The infectious condition of the contralateral ear is not unanimously accepted as a factor of failure [20]. It is important to dry the ear after a delay of three months before proceeding to surgery [21]. We opted for these schemes.The few cases of wet ear operated have obeyed the rule enacted by certain author; the ear just wet would be favorable to intervention by their mechanism of angiogenesis that would promote the vascularization of the graft [21]. The permeatal approach with microscope tract and the palisade technique using cartilage and perichondrium conqual were our technique of choice. The retroauricular approach is widely used in different studies [9,22]. The interest of the retroauricular approach is the exposure of all the cavities of the middle ear, from the protympan to the tip of the mastoid, a perfect view of the anterior angle, represents a key element of myringoplasty in subtotal and total perforations [23]. In our study, we found some difficulties with the exposure of the anterior angle in some patients. We did not notice any difference in anatomical outcome or seat function and perforation size. The use of perichondrium is justified by its viability and suitability for all patients even for myringoplasties [24]. Several authors consider that the surgeon’s experience is a factor that significantly influences the results of myringoplasty [3,21]. It must be performed by senior surgeons [3]. According to Liu et al. [21], it takes five years to train a surgeon for myringoplasty.These observations are not shared by some according to De et al. [7] Surgeons’ experience did not influence the results. In our study the great majority of interventions were done by a senior surgeon.At the present time, therapies have evolved using cartilage as a graft material and the permeatal approach seems to be the current known pathways with the use of the otoendoscope. These different pathways open up an alternative in surgical timing and exploration of the middle ear cavity inaccessible under the microscope.These methods are a prospect for the future in developing countries.

The anatomical result is an imperative for any otology surgeon. This result can be successful by looking for factors that can influence the outcome. The permeatal route with removal of the perichondrium and cartilage with control of the anterior angle gives good results. 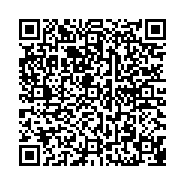